Windle McFly Rocks Out with The Deloreans 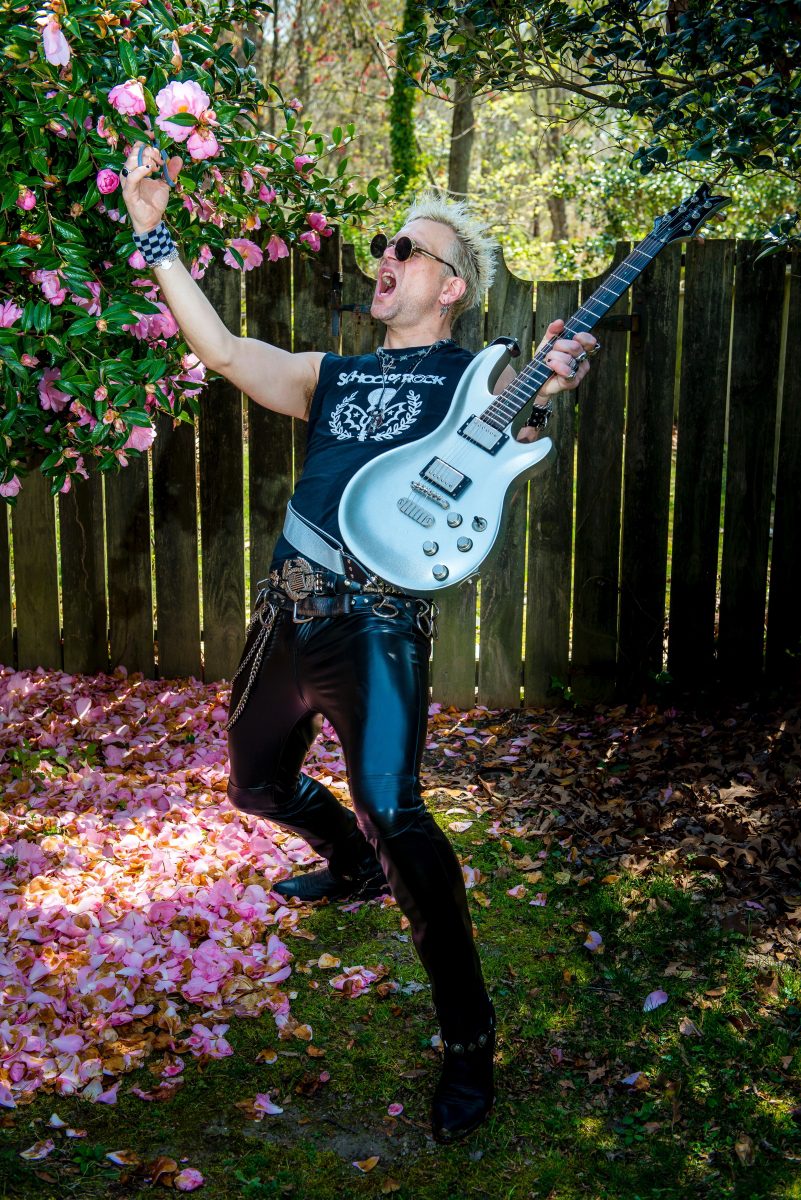 Windle McFly doesn’t really do khakis, tucked-in polo shirts or combed hair. This workaday wardrobe would be considered more like costumed garb for the rock star whose getup is all things purposely self-proclaimed shiny, tacky and loud. “It feels right to me, it stands out and I know it,” maintains McFly, dressed in all black with rings, nail polish, piercings, bracelets, boots and a bleach blond, spiked hairdo. “That’s who I am, that’s what I’ll look like in a supermarket.”

McFly is known best for belting out ballads and revving up riffs on stage in an ode to the ’80s with showband supergroup The Deloreans. Every day is Throwback Thursday for this energetic electric ensemble that turns the knob up to 11 with the ’80s nostalgia by performing renditions of favorites from the decade of big hair and MTV. Since 2007, the fluorescent and flamboyant troupe has been taking a time warp by playing pop, punk, glam rock and hair metal in over 2,000 shows all over the East Coast and for crowds at The NorVa, Ynot Wednesdays, Norfolk Sertoma Club’s Spring Fever, Smithfield BOB Fest and Hampton Bay Days. 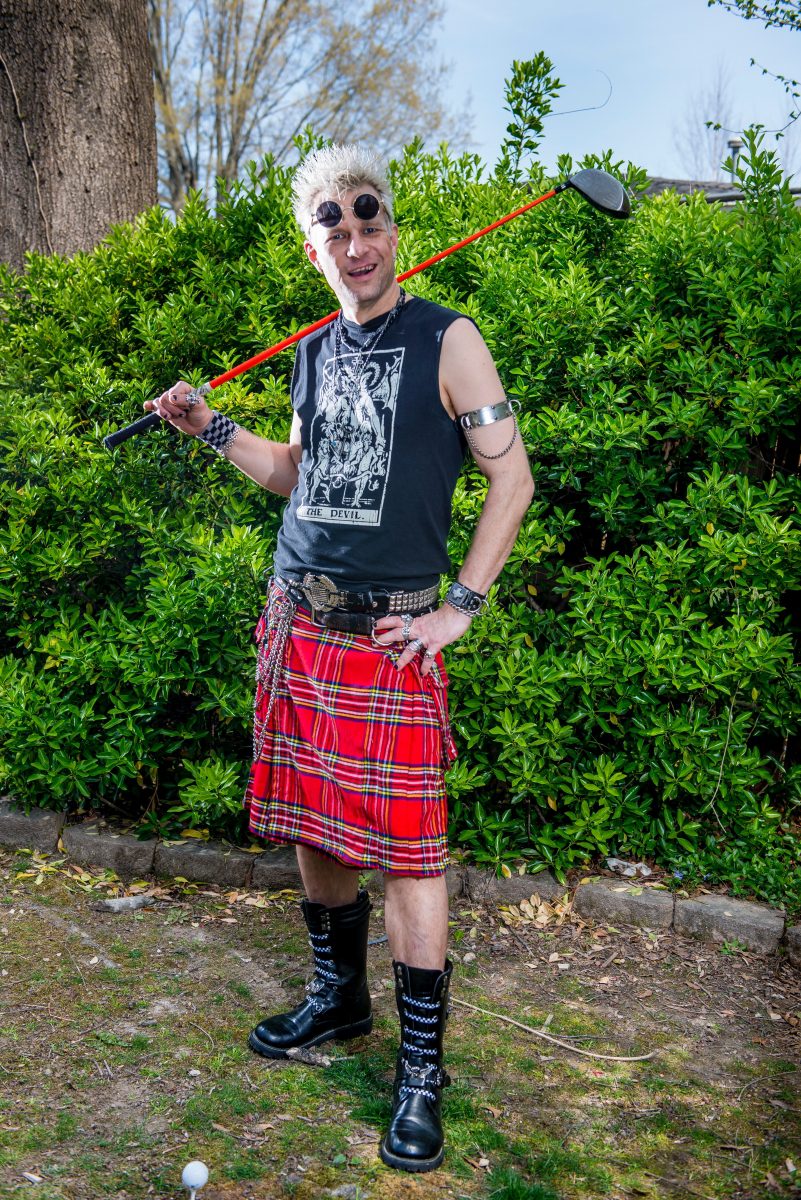 “I’ve been singing since I could talk,” remarks McFly. “I turned every toy into some makeshift instrument.” McFly was raised in Wyoming, where cowboys croon country songs. “When I was in kindergarten I was singing ‘The Devil Went Down to Georgia,’” and down-home hits during recitals before his class at the request of his teacher. “I kind of came to rock ’n’ roll like kids in the ’60s kind of did, where they’re like, ‘I’m listening to rock ’n’ roll to rebel against my parents.’”

After serving with the Navy and stationed on a frigate in Norfolk, the multi-instrumentalist McFly met with Melanie Delorean, who formed the pop posse. McFly recounts, “The whole thing just blew up; the rest is history.” 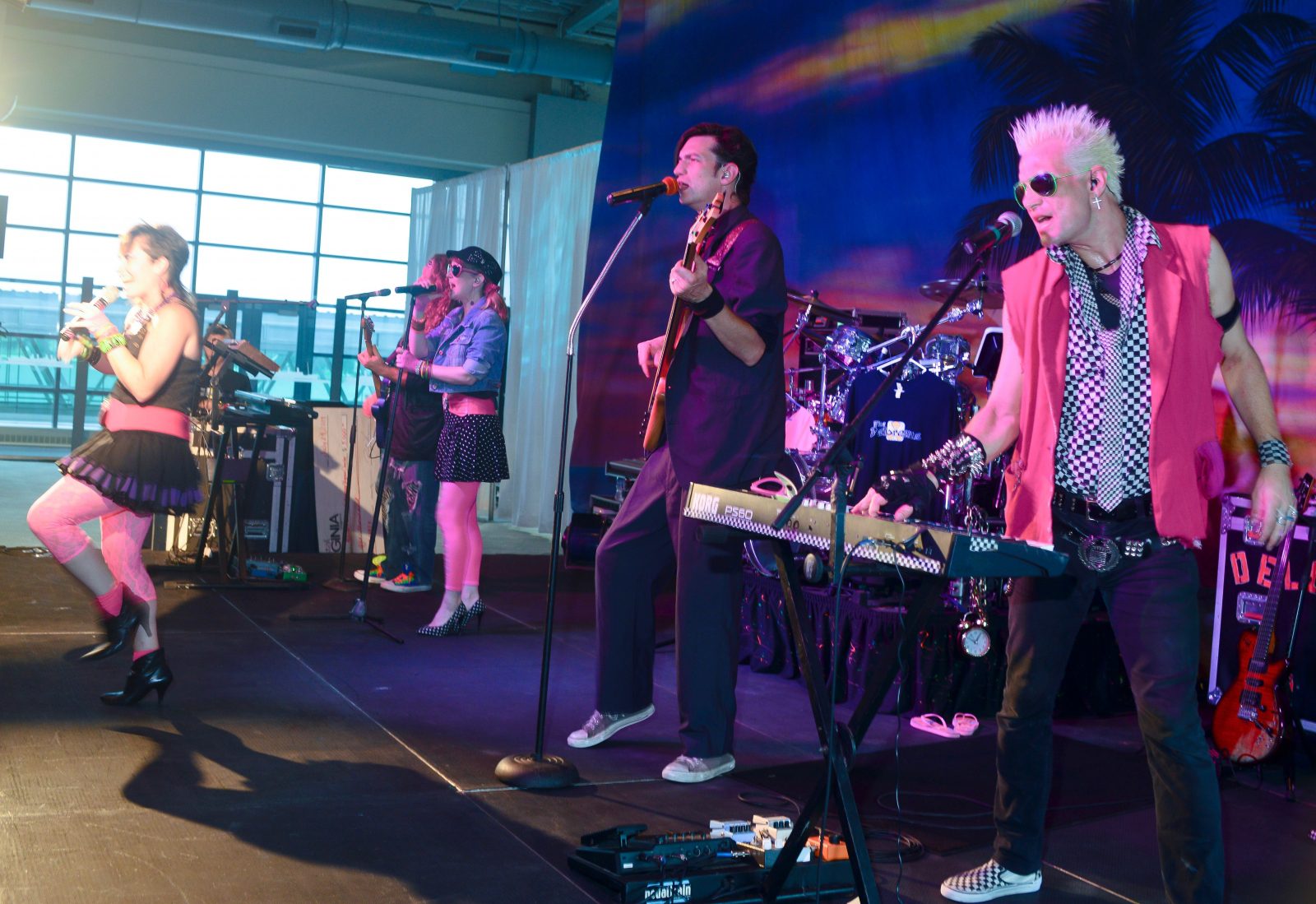 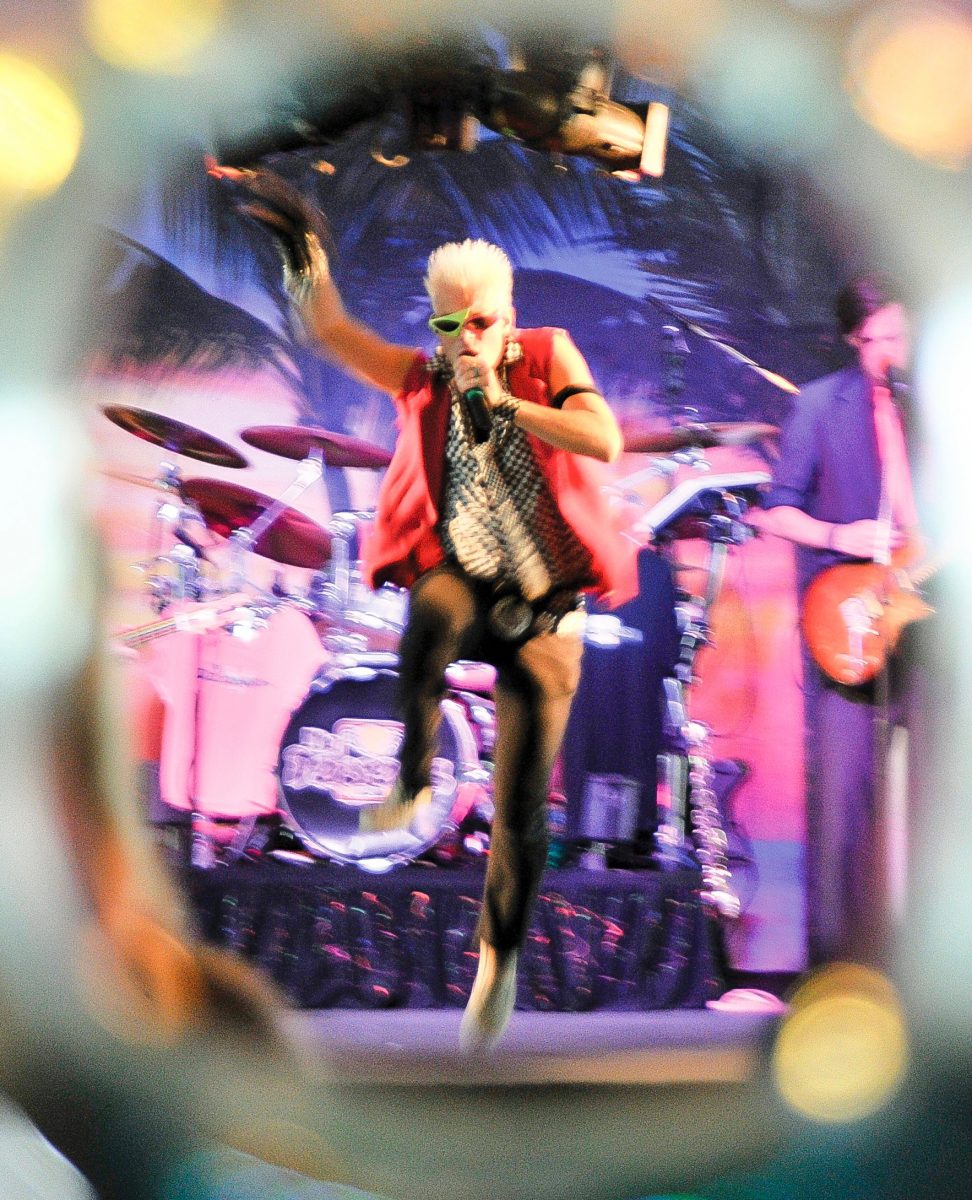 With The Deloreans, McFly sings as a tenor and baritone, hitting the high notes in high-octane octaves as done so by Prince, David Lee Roth and Freddie Mercury, and can give out a guttural yell like Billy Idol. He also plays a menagerie of music on rhythm guitar, keyboard and harmonica. In concert he’s outfitted either in Day-Glo or a checkered suit jacket from Loudmouth Golf and crisscrossed in black and white from head to toe with his sunglasses, tie, suspenders, fishnet shirt, gloves and those same Vans worn by Spicoli in Fast Times at Ridgemont High. Or, he’ll strip it off for some shirtless showmanship and stunts such as walking on chairs like stilts. “The audience doesn’t know what to expect,” says McFly, as The Deloreans take a curtain call for a round of applause.

As an encore offstage, McFly strikes a chord with his students at School of Rock in Virginia Beach as a guitar, bass, singing and piano instructor. “If I teach a kid how to play guitar, that lasts for life,” he tells. “I’m giving them something they always reference. They always have me and whatever knowledge I gave them in their life. Whatever they build on, that’s a legacy. It feels like giving back. It feels right.”