Inspired by his favorite Harrisonburg ice cream shop, former James Madison Duke, Joey Launi, longed to bring his own creamy creations to the beach. His passion for ice cream combined with his father’s 40-plus years in the food industry led to a revolutionary ice cream venture dubbed Lolly’s Creamery & Soup Co.

Unlike the old-time Good Humor trucks that circle neighborhoods during the summer months, Lolly’s delivers handcrafted ice cream straight to your door, workplace and beach towel. Orders range from cups and mini cups to quarts and ice cream cakes.

Lolly’s team members mount their signature Joy Bikes and vend frozen treats from the bike’s vintage ice cream cart to beachgoers at the North End, Sandbridge and Chic’s Beach. Other Lolly’s vendors include Lolly’s To Go in Virginia Beach, Coaster Coffee in Norfolk and the weekend Pungo Ice Cream Stand. 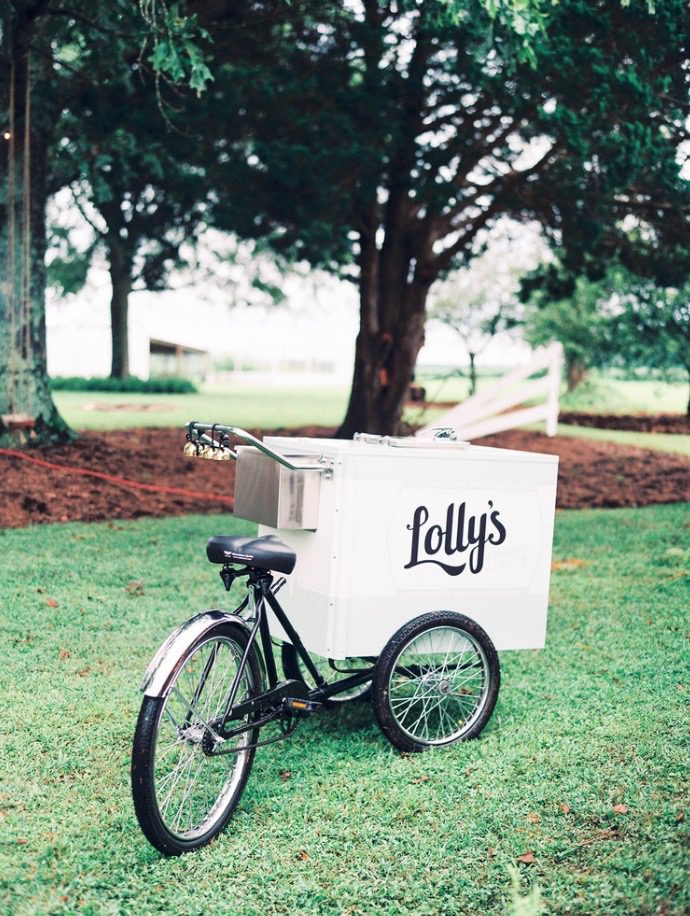 With special flavors rotating every Wednesday, Lolly’s customers are always in for a treat. In addition to its staple chocolate, vanilla and non-diary sorbet, Lolly’s has experimented with several craft flavors like Gooey Butter Cake, Chocolate Cherry Chip, Apple Pie and the bright blue Cookie Monster.

Ice Cream isn’t all that Lollly’s has to offer, however. Joey’s father, Dom, is a soup master of sorts who reveals his culinary genius during cooler months. His specialty is the Mid-Atlantic favorite, Maryland crab soup.