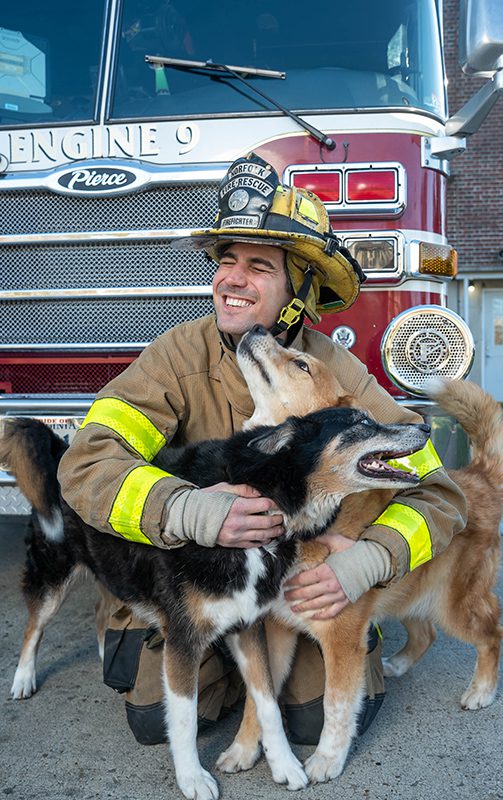 “Wrestling with each other, wrestling with me, heck, they’d probably wrestle with Hulk Hogan if they got the chance,” Nick Ilchyshyn says of his two rambunctious rescue pups, Dexter and Scully, both named for TV show characters Nick and his wife love. Nick is a professed animal lover and vegan whose passion for public health and desire “to help people and make a positive impact within my community” led to a career as a firefighter and EMT. Nick and his family, including two young boys, affectionately refer to Dexter as the “orange futon” because the boys love to lay on him and he doesn’t seem to mind. Scully, on the other hand, is the alpha: “From day one she made sure Dexter knew she was the boss!”