The energy buzzing through a college campus is generated by more than curious students: Faculty members—and their vision for the future as they double as professors opening minds and researchers improving the world—ignite their communities with possibilities. That’s especially the case with two professors who recently received honors and grants to continue developing new technology: 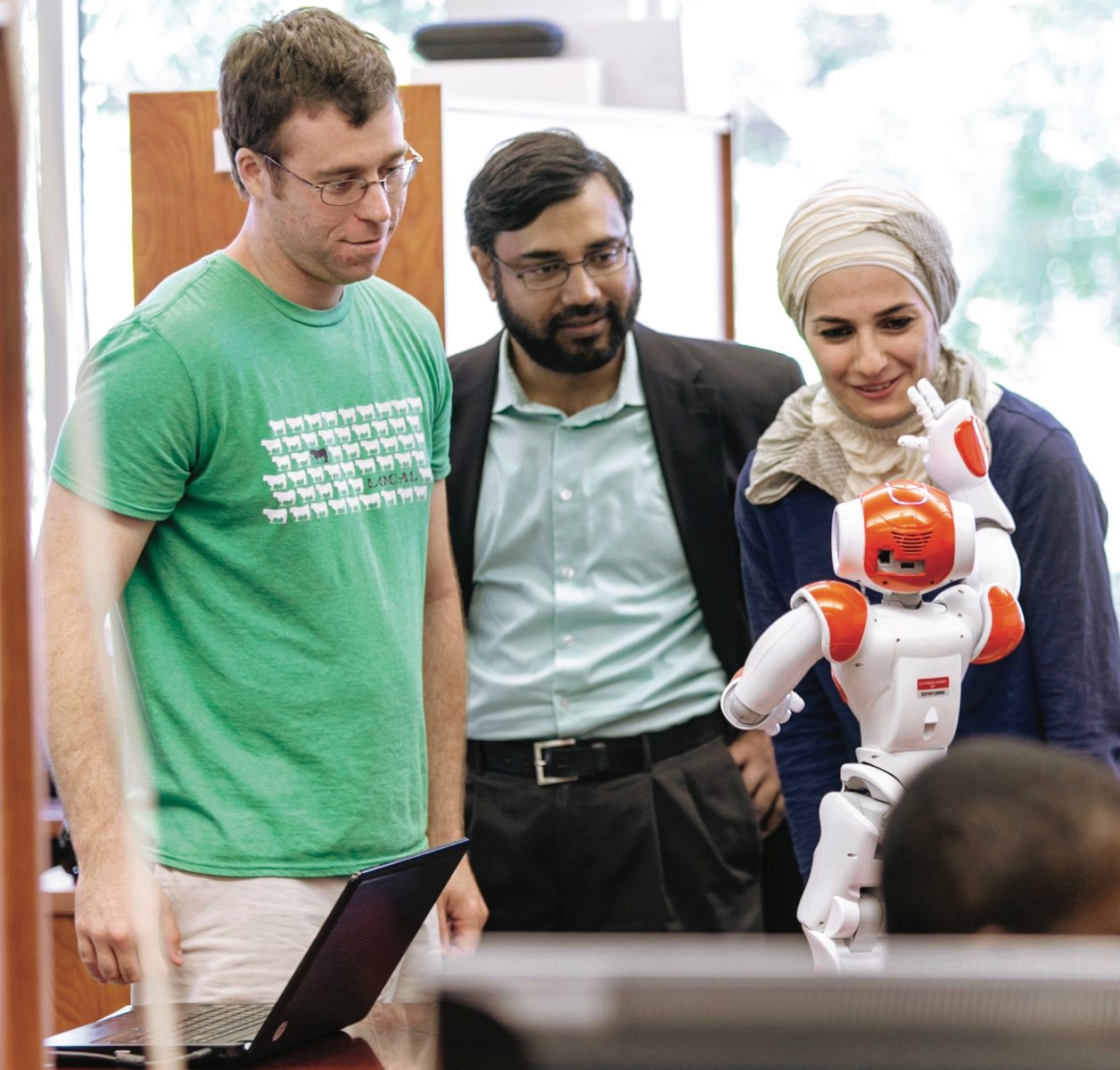 Dr. Khan with his students in the Vision Lab; photo courtesy of ODU

For more than 15 years, Khan Iftekharuddin, Ph.D., has been researching brain tumors and now does so at Old Dominion University, where he is an engineering professor, associate dean for research and graduate programs and director of Vision Lab. He has secured funding from the Whitaker Foundation and the National Institutes of Health (NIH), including a grant in 2016 with teams from Children’s Hospital of Philadelphia, Brigham and Women's Hospital, University of California San Diego and University of Iowa.

Dr. Iftekharuddin’s goal is to provide doctors with a tool to pinpoint where cancerous tissue ends and healthy tissue begins. This can be difficult: Gliomas, the most common adult brain tumor, often intertwine with healthy tissue instead of forming a single mass. He and his researchers are training their as-of-yet-unnamed computer program to find elements in brain cancer patients’ MRI scans that relate to specific outcomes. They do so by first exposing the program to a large quantity of scans and then introducing new scans, on which the program uses computational methods to see patterns and identify a tumor’s shape. Knowing the shape guides doctors delivering radiotherapy and follow-up treatments to patients. Patients may also have a better chance of being accepted into clinical trials with the results.

The program’s promise is strong—judges ranked it number one in a recent international competition sponsored by the National Institutes of Health and the Medical Imaging Consulting and Computer-Assisted Intervention Society—and so is its further development.

“We’ve obtained another NIH grant to study the process to bring this type of technology to patients’ bedsides,” says Iftekharuddin. “This research has also moved beyond just detection of brain tumor. We have been working on automated glioma grading and patient survival prediction using clinical, radiology, molecular and other patient data.” 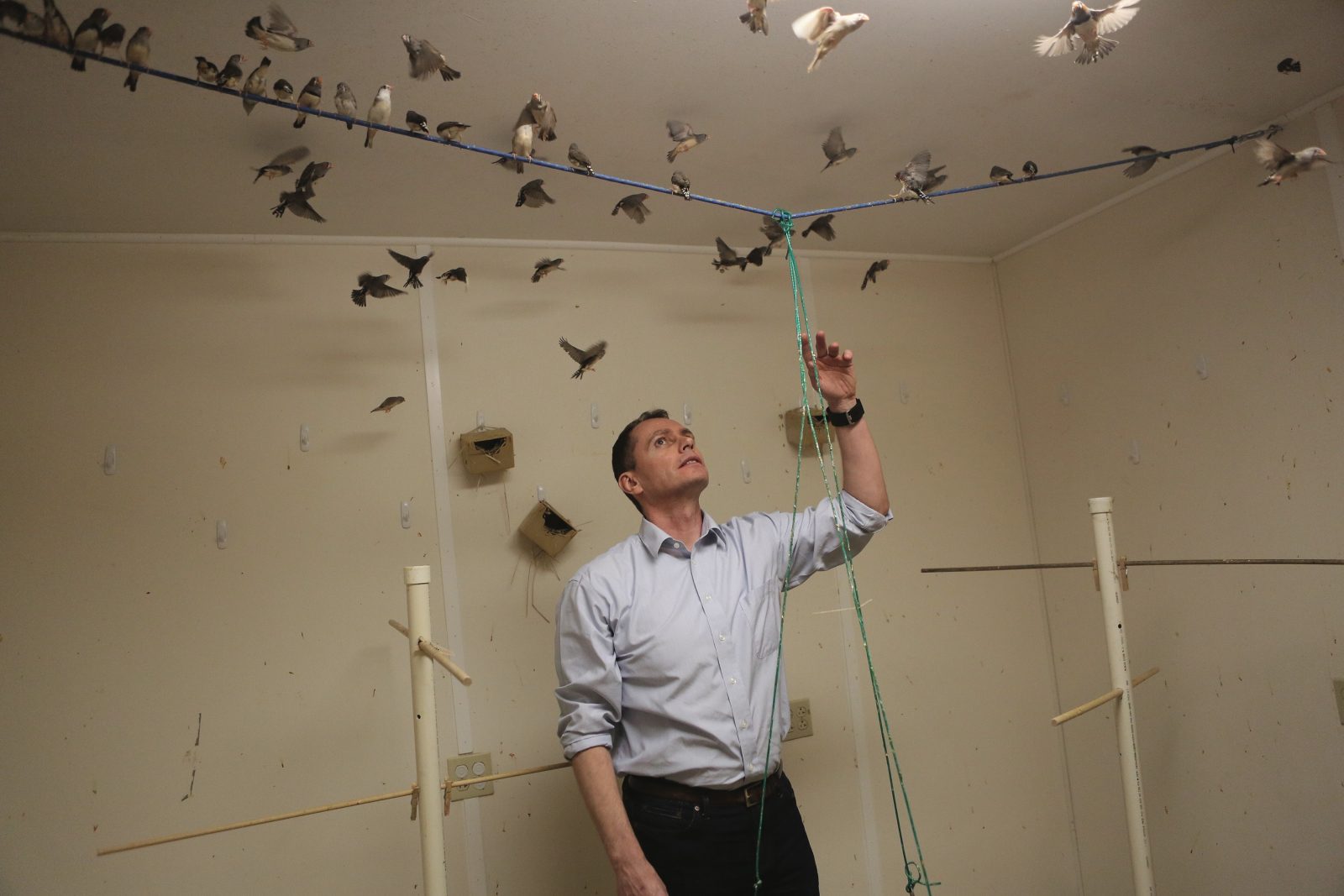 Technology to protect wildlife and businesses

The Miracle on the Hudson, the nickname given to the safe water landing provided in 2009 by a US Airways pilot, is well known thanks to a movie, as is the fact that geese being sucked into the plane’s engine caused the crash. Lesser known is that 70,000 birds at the nearby airport were intentionally slaughtered in the eight years immediately after in an attempt to prevent bird-plane collisions. Yet, according to an Associated Press report in 2017, planes continued to collide with birds and did so at a rate higher than before the 2009 crash.

Bird collision is a topic John Swaddle, Ph.D., the newly appointed chair of the biology department at William & Mary, knows well. Nearly 10 year ago, he began studying birds and noise pollution. He noted birds’ sensitivity to noise and their resulting avoidance of places, in particular those areas with noise that has a frequency—or pitch—similar to their own sounds. Such environments make it difficult for birds to hear each other and lead to them to being too frightened to frequent the area. Dr. Swaddle developed sonic nets—spatially controlled noise delivered at a frequency similar to birds’—at an airfield and found the number of birds decreased by up to 90 percent.

He has furthered his work with observations on birds’ anatomy and habits, determining that birds use lateral vision more so than frontal and largely look down instead of ahead when flying.

“My analogy is distracted driving. As someone is texting while driving, his attention is not where it should be—straight in front,” Dr. Swaddle explains. “As a bird flies, especially during longer-distance and higher-altitude flights, its attention is not forward, so it is more prone to flying into tall structures—high-rise buildings, communication towers and wind turbines—that we put in the way.”

His solution is an acoustic lighthouse, a combination of acoustical and visual cues. Sound is projected in front of a collision hazard, and birds slow down twice as much. Some avoid the hazard completely. Dr. Swaddle has tested the acoustic lighthouse on the Eastern Shore, with encouraging preliminary results, and will conduct a full test this fall during bird migration. The state of Virginia awarded him $100,000 from the Commonwealth Research Commercialization Fund in support of this work.

“We are driven by a sincere desire to find solutions that protect birds while also permitting economic development,” Dr. Swaddle says. “Too often we’ve thought of economic development and conservation as being at odds. By understanding the world from the wildlife’s point of view, we can find better fixes for everyone.”