9 Road Trips You Should Take This Summer

Summertime means road trips—weekends, overnights and daytrip excursions. Close to home, we have a variety of vacations. Be it beaches, mountains or soaking up the sun at a large lake, all kinds of getaways are within a half-day’s drive of the heart of Coastal Virginia. 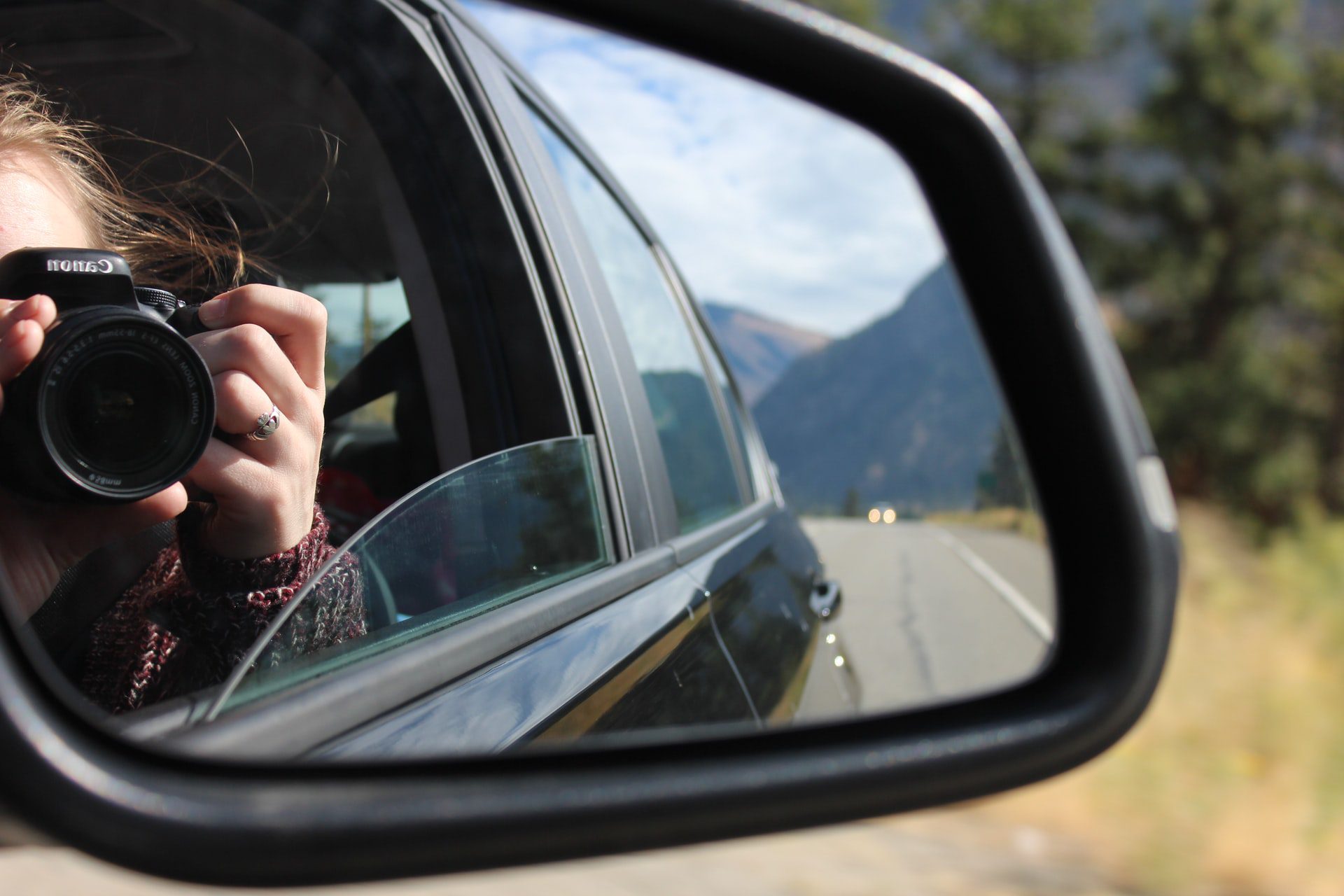 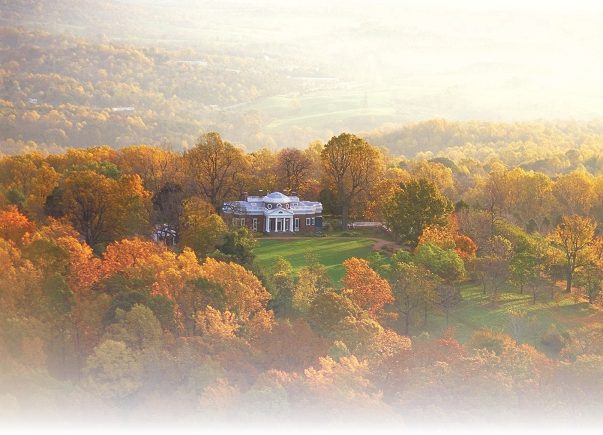 Home of the main campus of the University of Virginia, Charlottesville makes a great base camp for tasting great wine at Blenheim Vineyards or Trump Winery. Cruising up I-64, the mountain town is also only three hours from Virginia Beach. And they’re dog-friendly, too!

On the outskirts of the town stands Monticello, the legendary home of President Thomas Jefferson. Here, you’ll find an interactive museum, appealing to all ages, detailing the depth of Jefferson’s genius and why he loved Virginia so much.

Just west of Charlottesville, you can hit the Blue Ridge Parkway, a 469-mile ride down the spine of a geological divide. Stop for the night at the Wintergreen Resort and soak up a cool summer breeze. Or you can head north on Skyline Drive to see Shenandoah National Park. 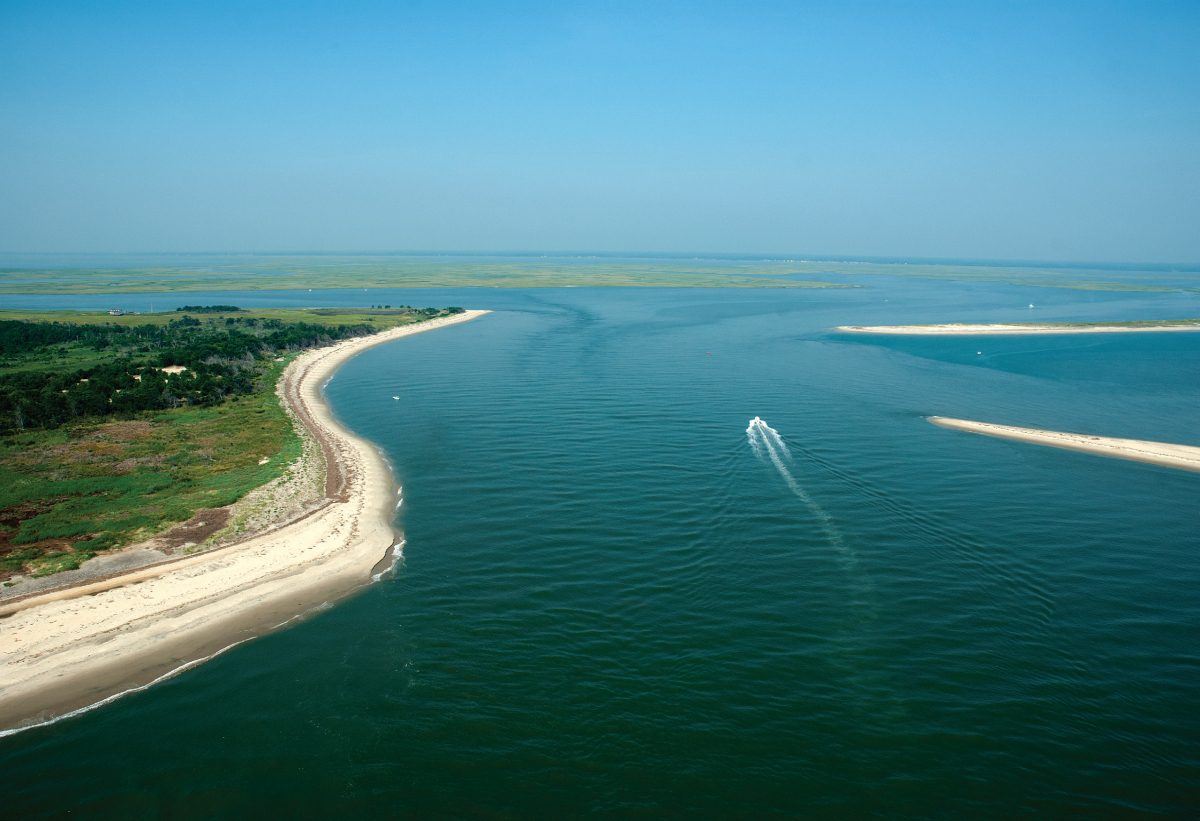 Just across the bridge, be sure to check out Cape Charles, where you can stroll a sidewalk lining a public beach at Bay Avenue. Nothing compares to a Cape Charles sunset melting into the Chesapeake Bay.

About two hours north of Virginia Beach, you reach Chincoteague, a friendly though not fancy town. And, really, that’s part of Chincoteague’s charm. Come here to go crabbing, fish, shop and dine. Stay overnight in a cottage or motel. Learn about the legendary horse “Misty,” made famous by children’s author Marguerite Henry. Then visit the lighthouse, wide beaches and wild horses of the nearby Assateague Island National Seashore, which sits along the Maryland-Virginia border.

Read more on the Eastern Shore. 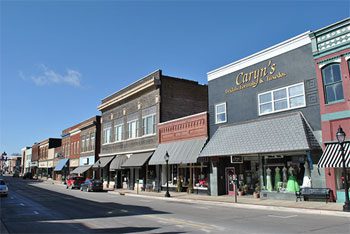 The actual High Bridge is the real must-see. Spanning nearly a half-mile, it overlooks mostly private land in the valley of the Appomattox River. And it’s loaded with Civil War lore; a portion of the original bridge was burned during the final hours of the War Between the States in April 1865.

Many places could claim “George Washington slept here.” But, in Fredericksburg, that’s a fact. This city, for years, witnessed some of the earliest footsteps of the Father of Our Country.

Just off I-95, about three hours north of Norfolk, you’ll find historic streets lined with handsome sidewalks and structures that have witnessed thousands of lifetimes, including the eras of steamboats, stagecoaches and slavery. Near the city’s center, find the Fredericksburg Visitor Center, 706 Caroline St., inside a 40-block National Historic District that boasts more than 100 boutiques, antique shops and art galleries. Then be sure to take the Trolley Tour that originates on Caroline Street and rolls through this tree-lined town for 75 minutes. 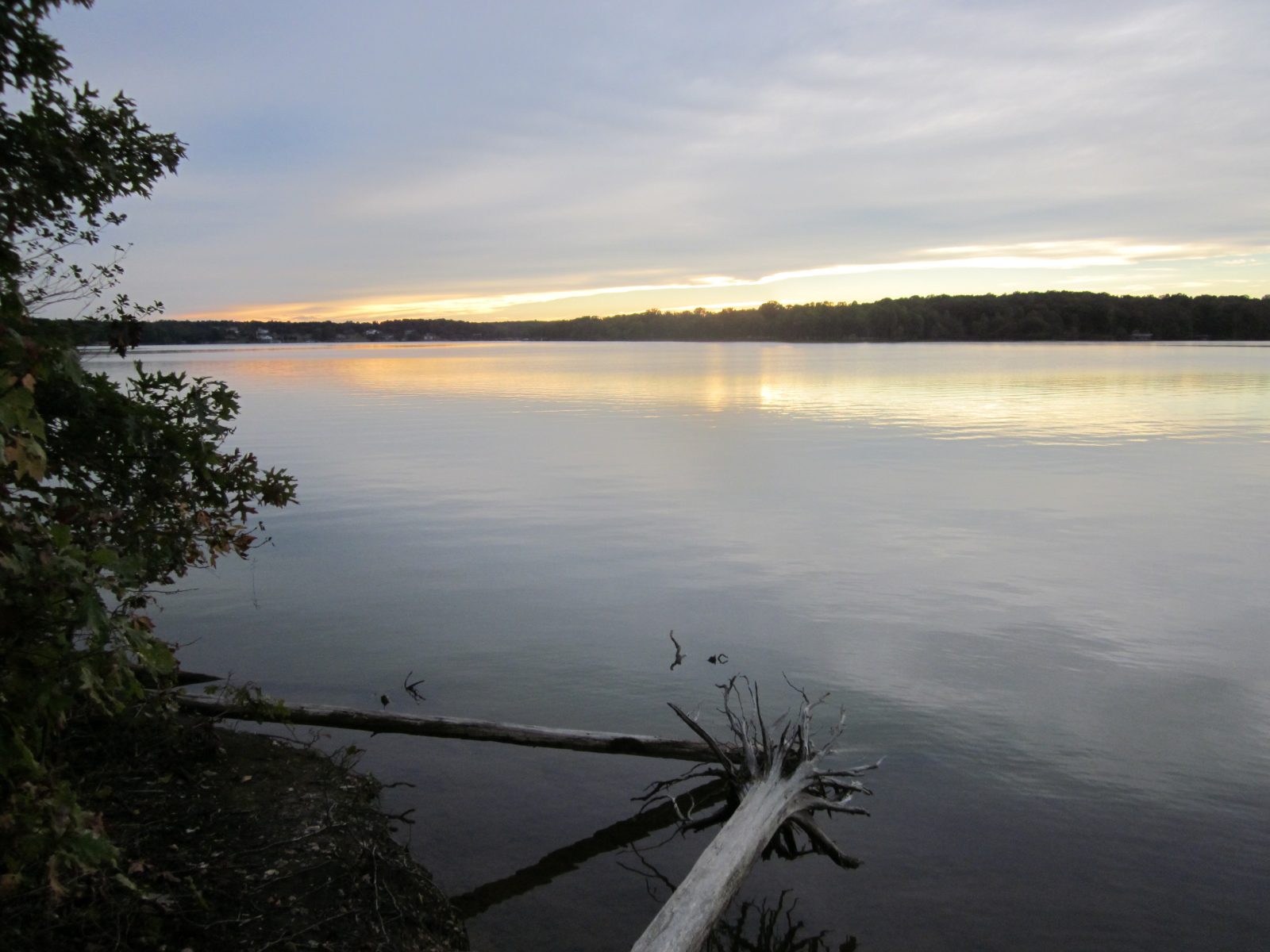 You can pan for gold, cuddle up in a cabin, or find a favorite fishing hole at Lake Anna State Park, a summertime oasis attracting more than 250,000 annual visitors to Virginia’s Spotsylvania County. This park’s sandy beach is open Memorial Day to Labor Day with lifeguards on the 13,000-acre Lake Anna. About three hours northwest of Virginia Beach, the park opened in 1983. 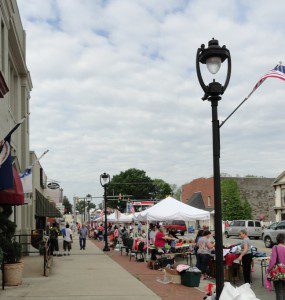 Head west on U.S. 58, and, within a couple of hours from Suffolk, you’ll see South Hill at the I-85 crossroads. It’s the home of humongous hamburgers at the Horseshoe Restaurant. It’s also the gateway to the “Lake Country,” an area boasting 70,000 acres of water, combining the counts of Lake Gaston and Buggs Island Lake/Kerr Reservoir on the North Carolina-Virginia border. Here, you’ll find Occoneechee State Park as well as numerous wildlife management areas—places open for hiking, hunting, fishing and exploring.

About a half hour west of South Hill, thousands converge on Clarksville for “Lakefest” on the third weekend of each July. It’s a celebration of music, hot air balloons, art and crafts. 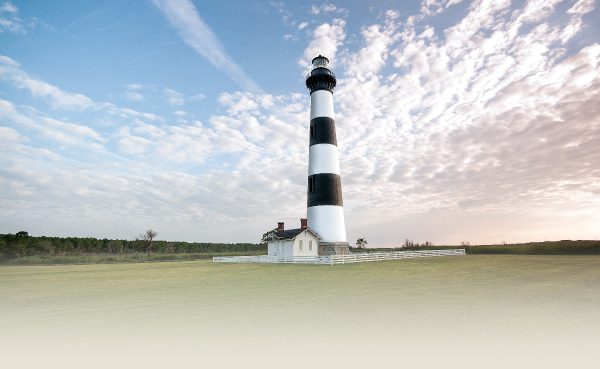 Lighthouses are staked along the shoreline at Corolla, Bodie Island, Buxton and Ocracoke on the Outer Banks of North Carolina. Famous for its fishing, the Outer Banks serves as a perfect weekend getaway—less than two hours south of Chesapeake—at places called Salvo, Waves, Avon and Southern Shores.

This fabled yet fragile fragment of the Tarheel State begins in the sand dunes of Carova. From there, the narrow neck stretches south through Duck, Nags Head, Hatteras Island and Ocracoke Island—with the Atlantic Ocean on the east and a series of sounds on the west. Beaches are wide, clean and accessible. Overnight lodging ranges from small motels and beach cottages to large hotels and mammoth-size mansions—sand castles, you might say—that stand over upscale developments at Corolla.

Kitty Hawk is known as the place where the Wright Brothers made the first successful flight of an airplane in 1903—what has actually since become part of Kill Devil Hills. Still, the history here dates much earlier and is remembered well through The Lost Colony, an outdoor drama. Performed under the stars at Manteo on Roanoke Island, this play features wild scenes of Englishmen tangling with Native Americans in the 1580s. Nearby, Manteo’s colorful Roanoke Island Festival Park features a model of the colony’s settlement plus costumed interpreters who make history come alive through interactions with visitors. 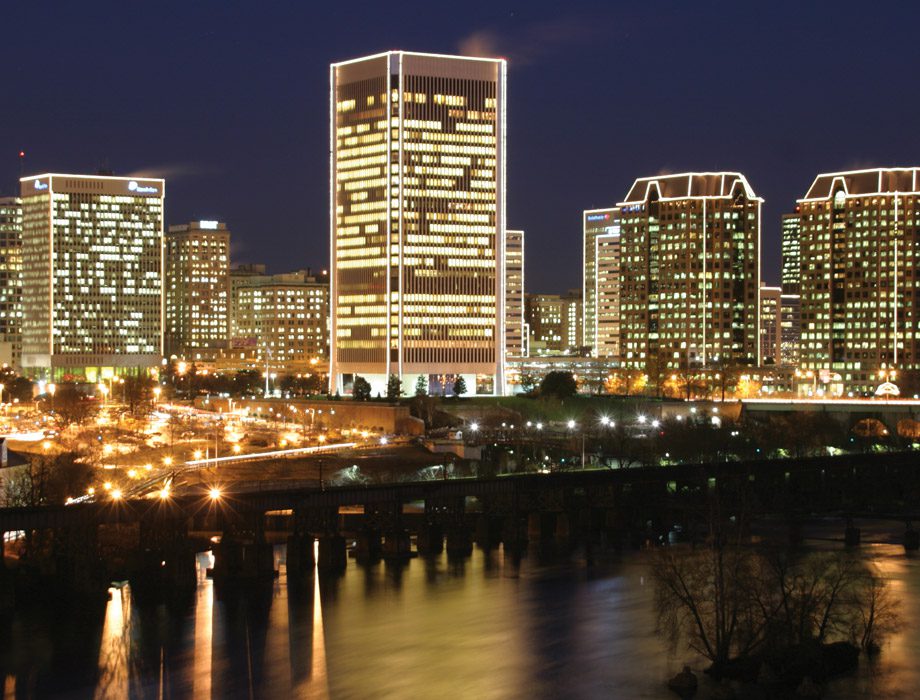 In the heart of Virginia’s capital city, you can go whitewater rafting on the James River, less than two hours northwest of Virginia Beach. You can also check out a variety of riverside respites, including the ultra-quiet Great Shiplock Park, with walking trails and interpretive signs.

While in town, take a tour of Richmond’s breweries. Visit the Virginia Museum of Fine Arts. For a night of sheer elegance, stay at The Jefferson, a posh hotel on West Franklin Street. 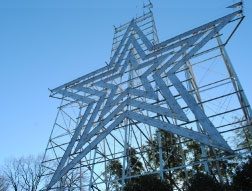 Roanoke boasts a population of nearly 100,000 and takes its “Star City” nickname from the 88-foot-high Mill Mountain Star, shining in lights since 1949. The star stands aside the M. Carl Andrews Overlook, which sports a bird’s eye view of the sprawling Roanoke Valley, including the Hotel Roanoke, a landmark of fine lodging and hospitality.

Lying less than five hours from the heart of Hampton Roads, Roanoke offers a restaurant-rich downtown, including the tiny Texas Tavern, serving comfort foods like hamburgers since 1930. Nearby, you can visit an art gallery called the Taubman Museum or see historic locomotives on display at the Virginia Museum of Transportation. The O. Winston Link Museum showcases historic photographs of steam trains in Virginia. 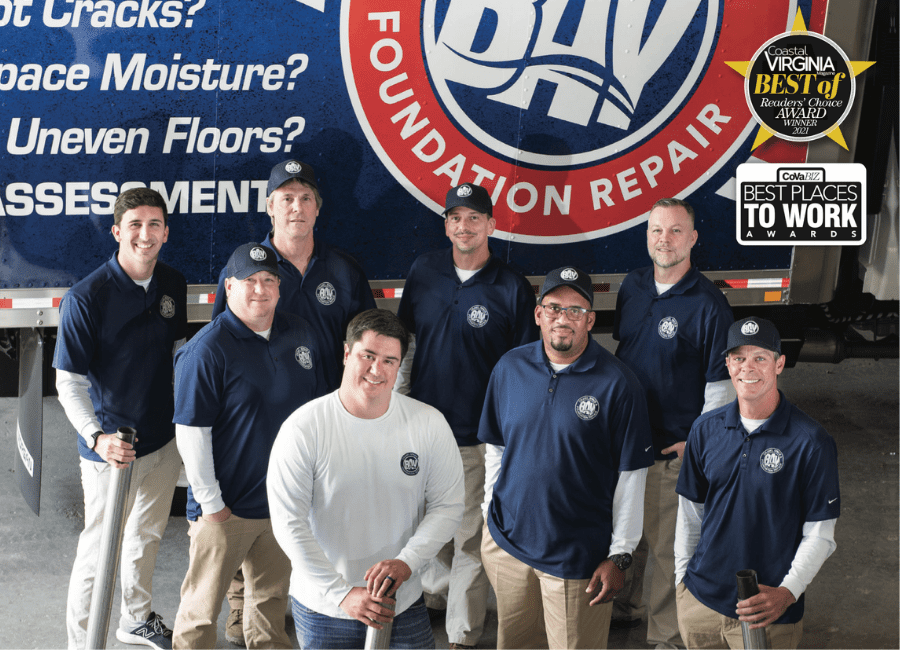 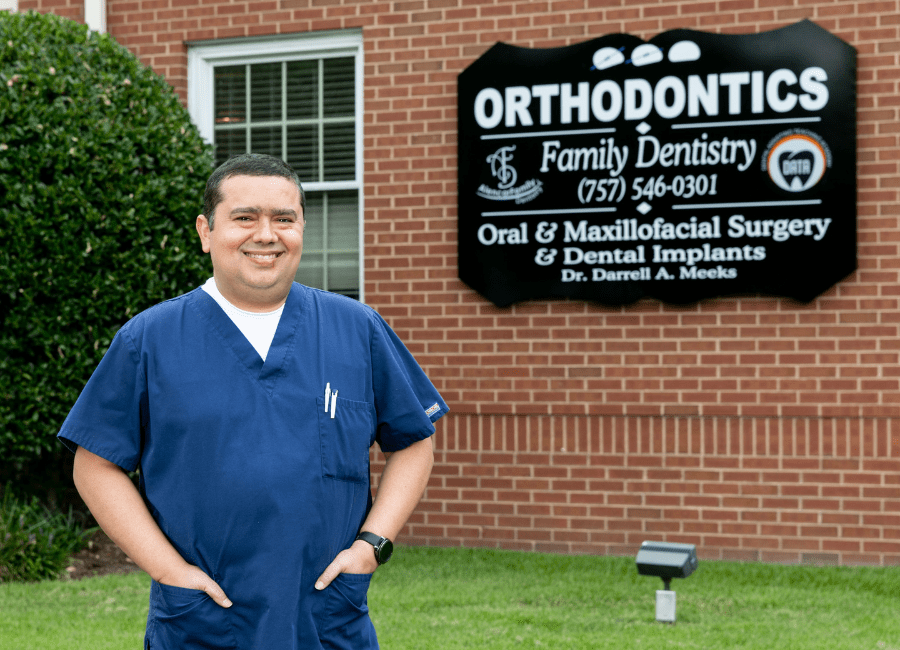 Alencar Family Dentistry. is a Chesapeake- based family dentist practice that treats patients of all ages. Under the... 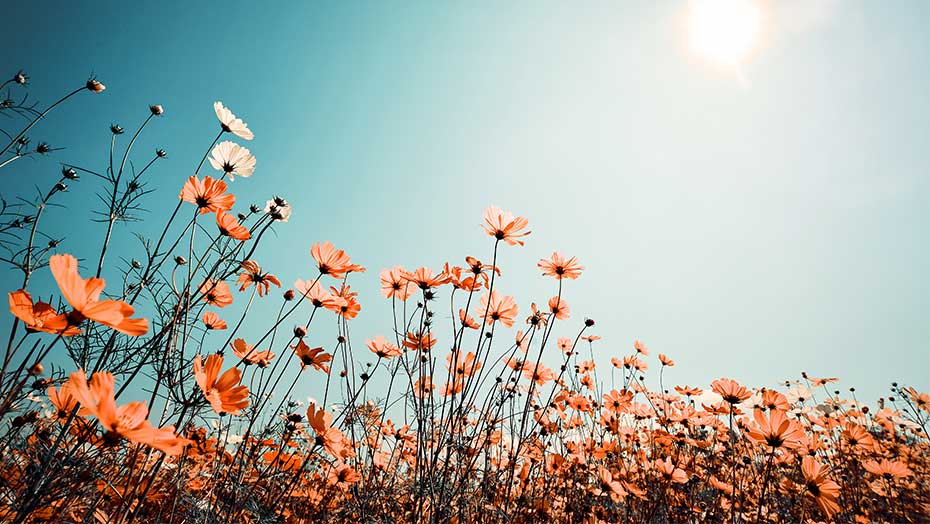 The change in weather has brought along allergy season.  Do you suffer from spring time allergies? Don't worry, you're not... 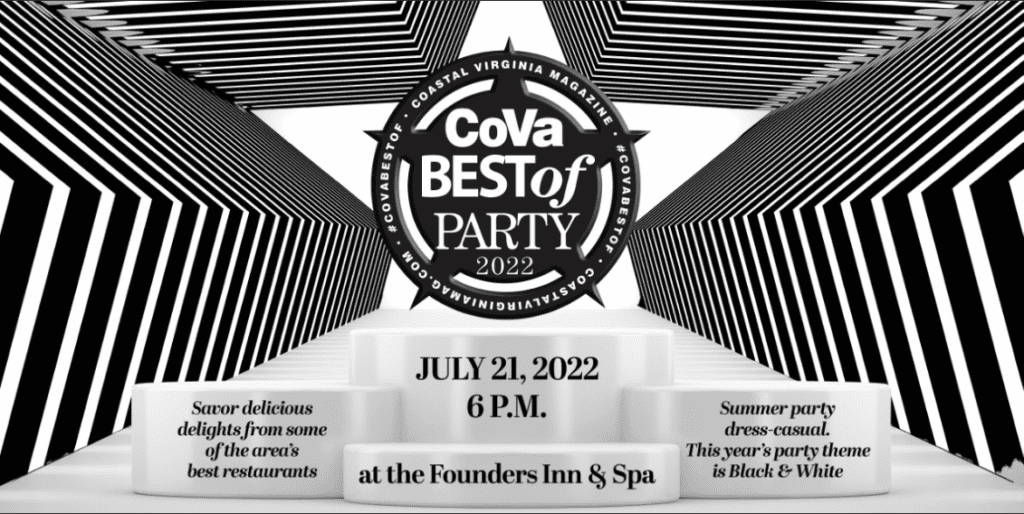