In the Midst of the Opioid Crisis, Leaders in Medicine, Counseling and Education are Asking—What are the Next Best Steps to Help Pain-Prone Patients? 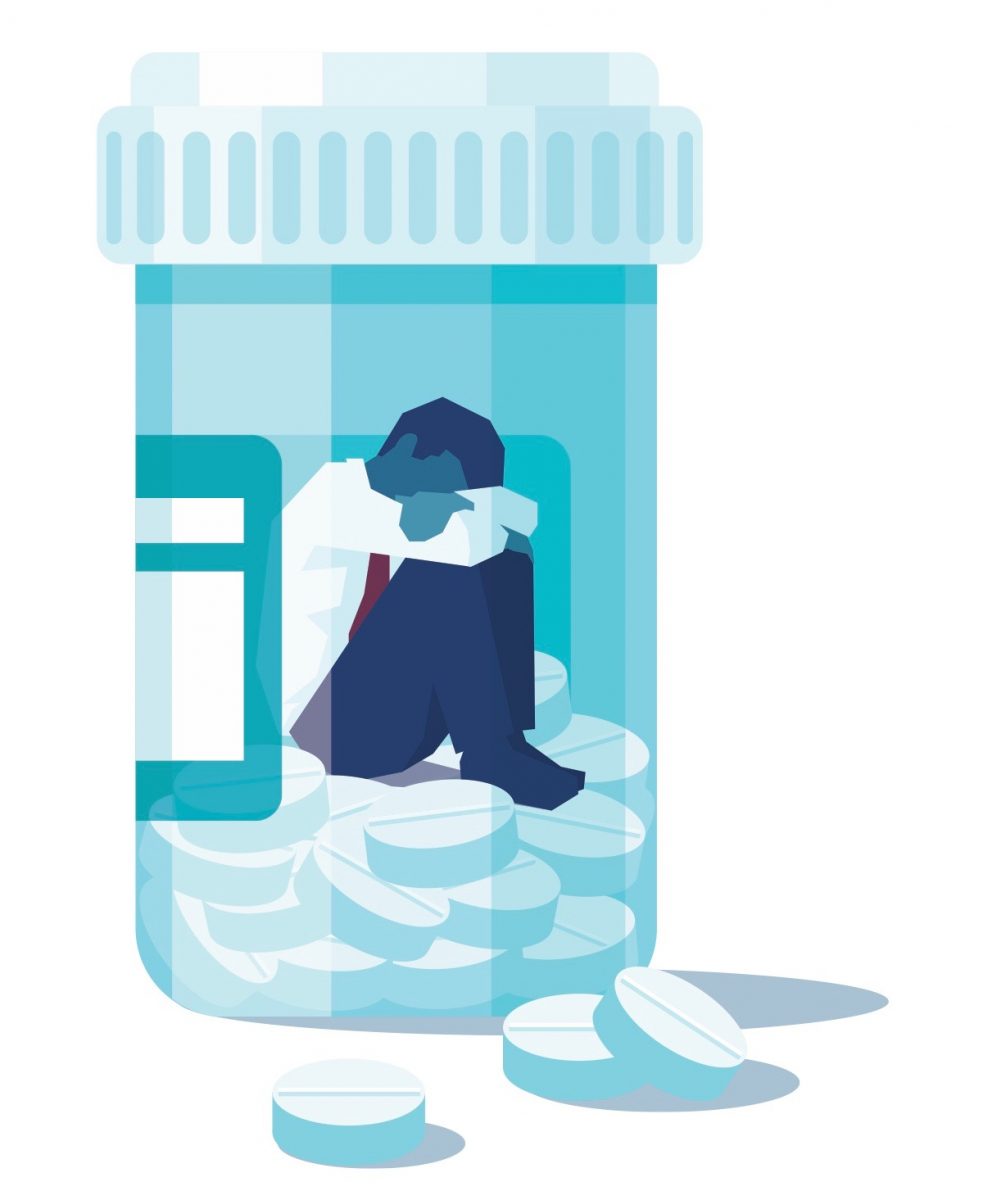 Dr. Jonathan Strand, M.D., an interventional physiatrist at Atlantic Orthopaedic Specialists, has been practicing medicine in Coastal Virginia for two years. During that time, he has talked to patients about spinal cord stimulators a couple of times a week—every week. The medical device, used to treat back and leg pain, has been around for a few decades, but its latest version is improved.

“The manufacturer of the device we use—Nevro—pushed for advances, and other companies have followed their lead,” explains Dr. Strand. “They introduced a different frequency wave [to deliver stimulation] that is better.”

The stimulator is a small device about the size of a vanilla wafer implanted in the body. It previously had the unpleasant side effect of delivering a tingling sensation called paresthesia when patients activated it by remote control. The side effect was unwelcomed by many patients who had already faced so many struggles, including ongoing pain, numerous surgeries and therapies and absences from family activities and work.

The promise of being pain-free and tingle-free sounds enticing enough to convince people to investigate the option of having a spinal cord stimulator implanted. Other bonuses include being able to try the device with a temporary placement on the outside of the body and only having to endure a one-hour procedure if the decision is made to have it inserted permanently. Yet none of those facts were at the center of most medical device manufacturers’ media campaigns as they’ve introduced the improved stimulators over the last two years. Instead, the manufacturers and the media promoted a sadly more needed benefit: The possibility of pain patients being opioid-free if they use the stimulators.

“Patients can take fewer opioids [for pain relief with the stimulator] or stop,” Dr. Strand says. “It can help with the opioid epidemic—if patients want to stop taking them.”

That “if”—and the related “how”—are the pressing concerns: The opioid crisis is not new, and the drug’s hold on people, and its far-reaching destruction, continues. Statistics from Medical Xpress, a medical and health news service, paint a grim picture:

No doubt, the impact of opioid addiction is felt in Coastal Virginia, too: According to researchers at Old Dominion University’s Dragas Center for Economic Analysis and Policy, 1,400 Virginians died last year from overdoses. In the Center’s State of the Commonwealth 2017 report, they note that opioids were the leading cause of accidental deaths in Virginia the year before.

Also in the report is this challenging statement: “Often, there are more questions than answers when opioid addiction is the subject of discussion.”

Leaders at ODU have risen to both search for needed answers and to share the ones they possess. In July 2019, the school announced it was joining with the University of Virginia, George Mason University, Virginia Tech and Virginia State University to form the Virginia Higher Education Opioids Consortium (VHEOC). Funding of up to $2.5 million has been earmarked for the VHEOC’s work from a $15 million Substance Abuse and Mental Services Administration State Opioid Response federal grant. They’ll support prevention and recovery programs coordinated through regional community service boards by serving as a resource to gather and analyze data, share knowledge on addiction and medicine and provide expertise on other topics such as workforce development and community engagement.

ODU will initially spearhead economic analysis related to opioid use, as it did in the 2017 report, which helped frame the VHEOC’s structure. Each school’s role will later be defined by the community service boards’ needs.

“Initial work has already begun, says Robert McNab, Ph.D., director of ODU’s Dragas Center for Economic Analysis and Policy. “VHEOC is educating the community service board on what we can do to help them better understand opioid addiction and engage with partners to reduce the impact of opioid addiction.”

Looking for Help from the Private Sector

While VHEOC members hope they can work together until opioid addiction is eliminated, the group is currently only slated to meet for a two-year period. So solutions must also continue to be provided by the private sector, including medical device manufacturers such as Nevro and experts who look for ways to guide patients away from opioids like Atlantic Orthopaedic Specialists’ Dr. Strand and Andreas Bienert, Ph.D., a licensed professional counselor and certified substance abuse counselor. He serves as a coordinator for an intensive outpatient program (IOP) for those with substance addiction. The program is offered in Hampton through a partnership between The Farley Center, a Williamsburg drug rehab center and Genesis Counseling Center, which provides psychological counseling and assessment services in five Coastal Virginia locations.

In an ideal world, someone with an addiction would go through a three-step process—first an in-patient program, then outpatient therapy and finally one-on-one counseling.

“An IOP, though, is more easily accessible with insurance, and often the most cost-effective way to overcome an addiction,” Dr. Bienert shares. “Research also shows that an intensive outpatient program is as effective as an in-patient one.”

The program Dr. Bienert leads meets four times a week for three hours in the evening for six weeks. Most groups include eight to 10 participants.

Since 2017, The Farley Center has opened nine such IOPs in southeast Virginia, an area with hundreds of Alcoholic Anonymous and Narcotics Anonymous meetings, which IOP participants are encouraged to attend.

In addition, he stresses to participants that they’re facing a substance abuse disorder.

“At first, addiction wasn’t recognized as a disease, and it is a disease of the brain,” he says. “It’s important to know that so we can manage it. I educate the group members on the nervous system, talk about withdrawal and emphasize healthy coping skills.”

Lisa Barr, M.D., physiatrist and medical director at the Barr Center for Innovative Pain & Regenerative Therapies in Virginia Beach, shares Dr. Bienert’s aversion to opioids and his desire to teach people about the nervous system and non-opioid treatments and tools to ease pain. Her media release announcing the opening of the Barr Center in January 2019 started with the words “Hampton Roads residents can now seek non-opioid and non-surgical treatment.” Board-certified in physical medicine and rehabilitation, she believes she was the first physician in Coastal Virginia to offer those with musculoskeletal pain prolotherapy, platelet-rich plasma and stem cell-like injections. She shares in her book Outsmart Your Pain! The Essential Guide to Overcoming Pain and Transforming Your Life that she has learned about osteopathy, interventional pain management, acupuncture and mind-body therapies in addition to her traditional medical training.

“I wanted to study every tool,” says Dr. Barr, who has 34 years of experience. “Some doctors have a limited number of tools in their toolbox, while pain is complex and multi-dimensional and hard to solve.”

Sometimes patients come to her already having used opioids, and she’ll diagnose them as having opioid-use disorder.

“I had a patient this summer who had five back surgeries and suffers from knee pain,” Dr. Barr says. “All he knows is pills. He’s never been offered the opportunity to get off opioids.”

With patients like that, Dr. Barr assesses their chances of successfully stopping opioids and starting a new therapy.

“I wonder ‘How healthy are you?’, ‘How addicted and motivated to change are you?’,” she says. “I’ll try to determine ‘If I do a manipulation, are you willing to do work and get up and exercise to help yourself and do breathing exercises for relaxation, too?’.”

These questions and physical evaluations help Dr. Barr determine what treatments to recommend to a patient.

Osteopathic manipulations—moving a patient's muscles and joints with stretching, light pressure and resistance—are a mainstay of her practice. Visceral manipulations—the gentle manipulation of internal organs—and neuroprolotherapy—known as “scar injections” with diluted solutions of mannitol and lidocaine—help with internal and external scars, respectively. Also available to those avoiding opioids are regenerative medicine treatments, which most often involve using a patient’s own platelet-rich plasma and bone marrow aspirate concentrate. The Barr Center offers additional therapies, and not all are covered by insurance.

Despite her preference for drug-free treatments, Dr. Barr is not always opposed to opioids.

“In some cases of chronic pain, or a patient with a genetic predisposition to pain, or for cancer pain,” she says, “it’s the right thing to do.”

Dr. Hongyun “Tracy” Fu, Ph.D., an assistant professor in Eastern Virginia Medical School’s division of community health and research, department of pediatrics, would concur that prescribing opioids is appropriate in certain cases. She has long wondered about America’s opioid crisis—first how it manifested, and later if some doctors under-prescribe the drug when a patient desperately needs it. She’s particularly interested in how stringent laws affect palliative care physicians and their patients.

In 2016, Dr. Fu watched as the Centers for Disease Control and Prevention tightened its guidelines for prescribing opioids, and states throughout the country passed laws restricting opioid prescriptions. The laws and guidelines do not affect palliative care patients, but Dr. Fu suspected that their physicians would unnecessarily limit the drug.

They plan to share their findings with physicians in Coastal Virginia in hopes of benefiting local patients and will seek opportunities to present the results further at conferences, such as the Annual Pain Management Symposium, the Evaluating and Treating Pain Symposium and the Annual Conference of the American Public Health Association, and will also pursue publication in peer-review journals, such as the Journal of Pain & Palliative Care Pharmacotherapy.

“We believe we’ll see that patients’ dosages and the length of treatment were altered,” Dr. Fu says. “We’re grateful to have the chance to look at the issue.”

While only time will tell, experts asking questions again and again—whether it’s a researcher wondering if certain doctors under-prescribe opioids or a committee assessing communities’ need for addiction programs or a physician pinpointing a patient’s drug-free, pain-relief alternatives—could be the key to working through the opioid crisis, slowly and successfully. 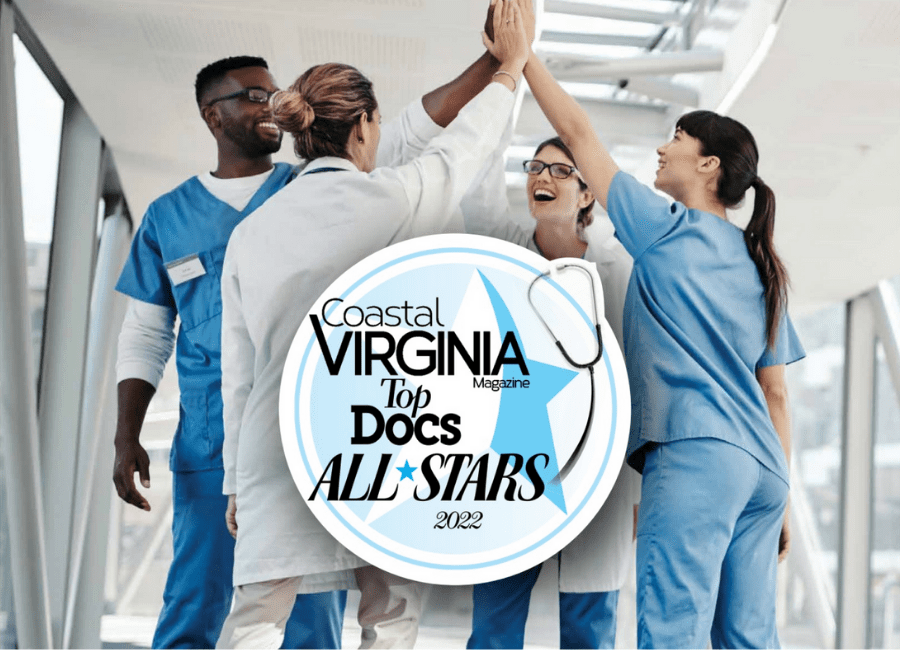 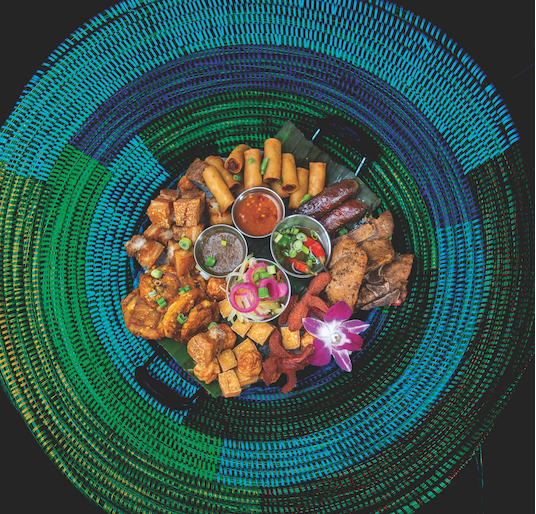 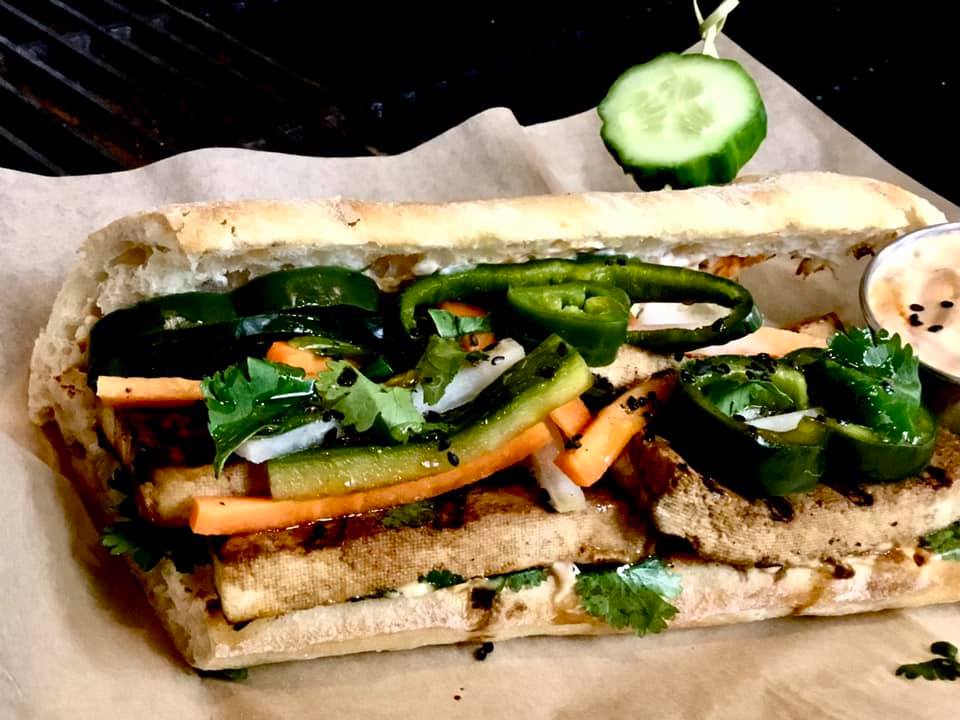