It wasn’t tick-tick-tick that signaled the explosion. It was TikTok. Viral videos of cocoa bombs last fall triggered legions to crave the cold-weather conceit, a thick chocolaty shell that bursts open to unleash a fusion of hot chocolate mix and mini marshmallows (and often other flavorings) when drenched in steamed milk. Stir and BAM! Rich hot chocolate as if Enrico Fermi and Swiss Miss meet cute in your mug.

The sweet sensation set off new businesses in Coastal Virginia, including one accidentally when Tyler Gunther saw them online and said to his wife Hunter, “Hey, we should do this,” thinking they’d make some for family and friends.

The confections were so well-received, they posted them on Facebook in hopes of earning a little extra money for the holidays. That’s when things blew up. “We were bombarded with orders,” says Hunter. “And we realized, maybe we should buy more boxes.”

They launched Gunther’s Gourmet Hot Cocoa Bombs, enlisting their moms, both with business backgrounds, for guidance and dropped their first 700 bombs in October. Initial flavors of milk chocolate, salted caramel, peppermint, and cookies and cream soon were augmented with peanut butter and cinnamon French toast. 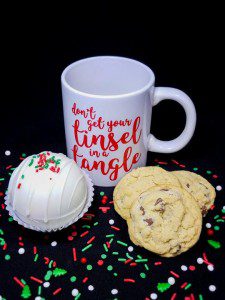 The couple experiments with new combinations (even gender reveals), building bombs between full-time jobs (he’s in the Navy, she’s a nanny pursuing an elementary education degree). Ordering and payment is handled online, and Hunter schedules periodic deliveries on her days off at locations like Starbucks across Hampton Roads.

Business is booming for Storybook Bakery, too, a family-run, home-based business in Chesapeake’s Deep Creek founded in 2012 by Navy veteran – and Navy spouse – Jessica West. Known for specialty cakes and cookies, she added cocoa bombs to her arsenal in October.

“They’ve been around for a couple years, but I started seeing them recently being shared on baking and candy-making Facebook groups,” she explains. “When you start seeing it a lot, it must be a trend that’s catching on.”

Indeed. More than half of her orders now include bombs. She consults her children when developing flavors, offering more than a dozen ranging from pumpkin spice to strawberry vanilla, along with a KETO version. Storybook requests orders be placed online two days in advance for pick up by appointment.

Instructions come with both Gunther’s and Storybook’s bombs. A good thing, too, as they look so precious, like overgrown bon bons, you’ll be tempted to bite into one – don’t! Hunter shares that the secret to a satisfying blast is a slow, steady hand when pouring the scalding milk (about 180 degrees F). 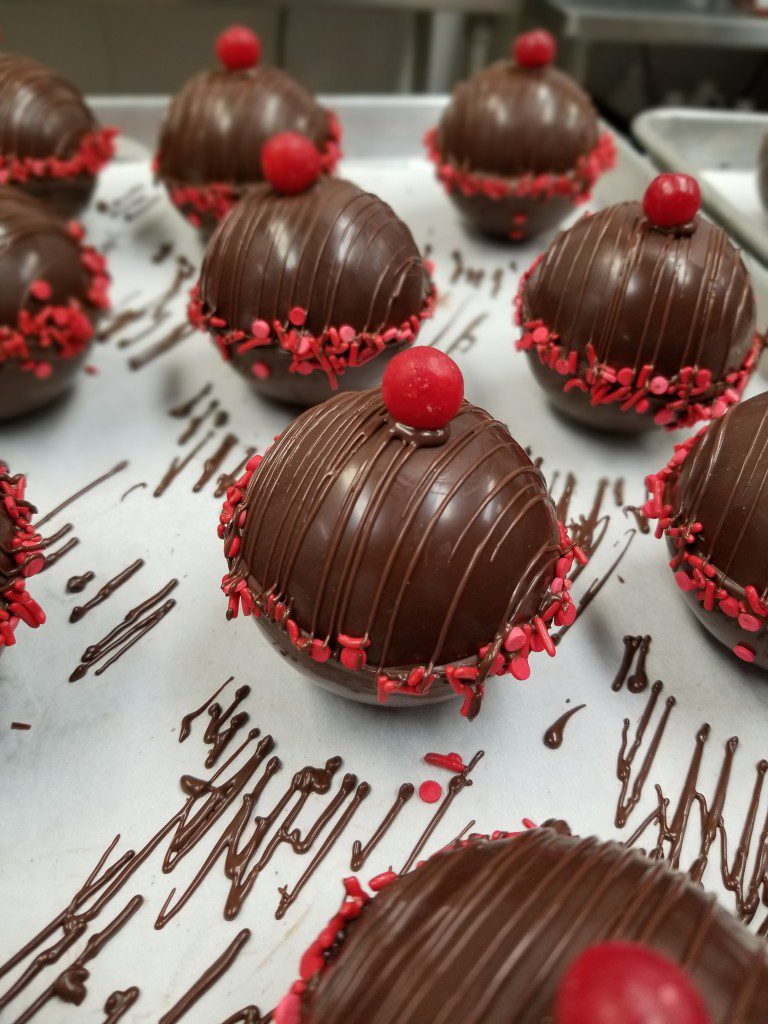 Jessica explains that while milk is typically recommended, there are lots of options. “You could use coffee or any hot liquid. Hot cream…aah,” she adds with gusto. “And Lactaid works great if you can’t have lactose.”

When it comes to the bombs’ appeal, Hunter hits the bull’s-eye: “It’s more than just drinking hot chocolate. It’s ‘everyone gather round, we’re gonna do this!’”

The Bonbonnier sells these weapons of mass delight, too. It’s an apt spot for them since Lisa Lain, another Navy vet, concocted the name for her Ghent confectionery, decked with military memorabilia, by blending bonbonnière (French for candy box) with bombardier. Her flavors include chocolate cherry and Mexican hot chocolate.

Local prices average around $4. You might find them cheaper at Costco or Walmart, but these three purveyors handcraft them with topnotch ingredients. “And love,” says Hunter. They make perfect gifts for the holiday season and you can expect special releases for Valentine’s Day. After all, these bombs put the Oh! in cocoa.