The Naro’s Tench Phillips Leads a Life of Film

Tench Phillips Runs the Naro, but there is More to this Passionate Man than Cinema Alone 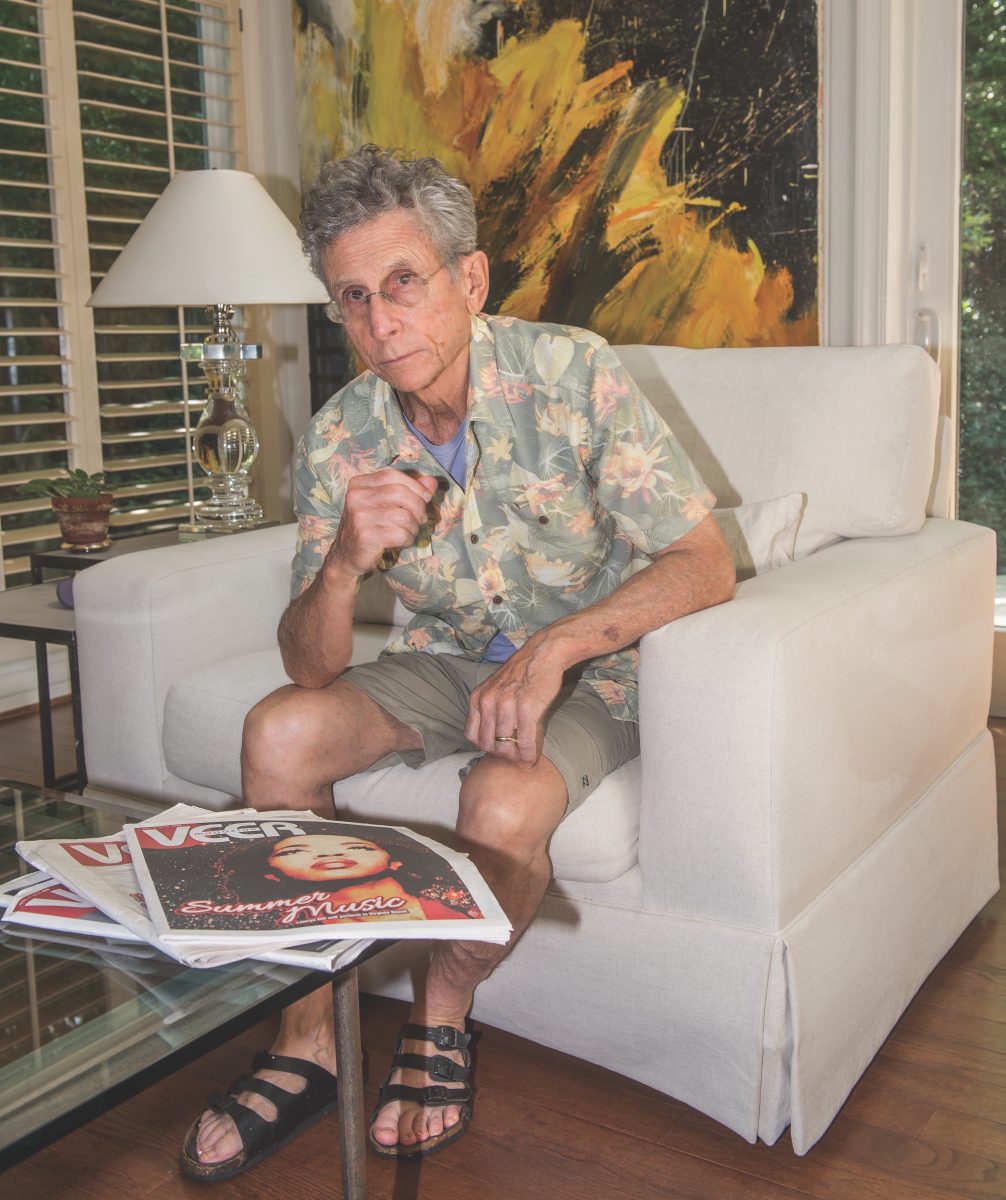 The name “Tench Phillips” is synonymous with the Naro Expanded Cinema in Norfolk. But there’s more to the man than the cinema. Or perhaps the world of cinema—at least as Phillips and his partner, Thom Vourlas, have envisioned it for nearly 40 years—is so encompassing that it embodies all of his causes and convictions from social justice to environmental protection to peace and animal welfare.

Not surprisingly, there is no small talk with Phillips. He goes in deep or he doesn’t go. Angela, his wife of 33 years can attest to that, asserting that “he reads Plato and Aristotle for fun.” Though she describes her multi-layered husband as “incredibly opinionated” and “passionate,” she also credits him with the yin to that yang: calmness and compassion. The longtime owner of Angela Phillips Yoga, she knows of what she speaks.

As president of Art Reporting Films, Inc. Tench, along with Vourlas, has marshalled the Naro through these fast-moving media-saturated times in which we live, transitioning from 35mm film to a digital projection system in 2013, thanks to community largesse and perhaps a little help from Clarence, the Naro’s Patron Saint (of It’s A Wonderful Life fame).

If someone had told Phillips back in 1977, when he and Thom took over the lease of the 500-seat theater from Robert Levine, that the Naro would have survived this age in which “you can watch anything you want anytime you want on any screen you want,” he wouldn’t have believed it. And while the audience has grayed right along with the owners, the business “hasn’t tanked”; read: it is still profitable. But, ‘boomers, he notes, were raised on the likes of foreign film series, a hallmark of collegiate academic life, and “that is not the case today.”

The Naro has remained viable and vital, in part, by becoming ever more integrated into the arts and cultural life of Coastal Virginia. Phillips is “working harder than ever” and “always researching and marketing” in search of the best foreign language, art, independent, and documentary films, as well as an audience for them. Not only does he make a distinction between watching videos or movies at home on laptops and televisions and cinema which he defines as a “public screening experience,” but he ratchets that experience up a few notches, creating programming driven by film content.

The Naro has become known for its pre-film introductions, like those by Barbara Gardner; post-film discussions and panels; music events, partnerships with nonprofits; and more—capitalizing on local expertise and talent—always seeking to create an interface between sometimes polarizing topics and the public. A Sunday morning Cinema Club started nearly 20 years ago is still going strong. For Phillips, this programming is a “creative vehicle and an outlet.”It is also a service provided to a community to whom he is very grateful. 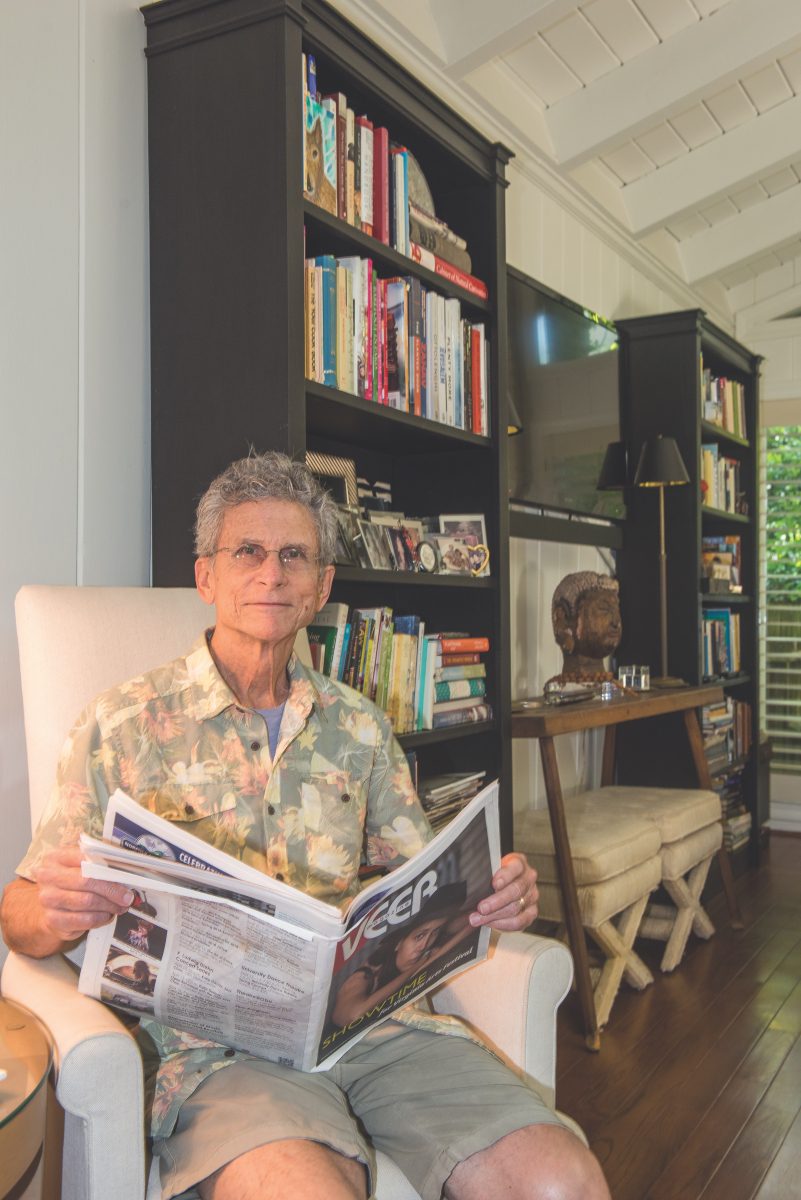 Not “superficial with his time,” as Angela describes, Phillips is a gifted writer whose work appears in VEER Magazine. There, he writes what he unpretentiously describes as “think pieces” that allow him to “synthesize and aggregate” his research, intellectual immersions, and heartfelt principles on weighty topics related to concurrent films at the Naro. In the July issue, he took on “dark money” as a stand-alone treatise and a written companion for screenings of a film by the same name. 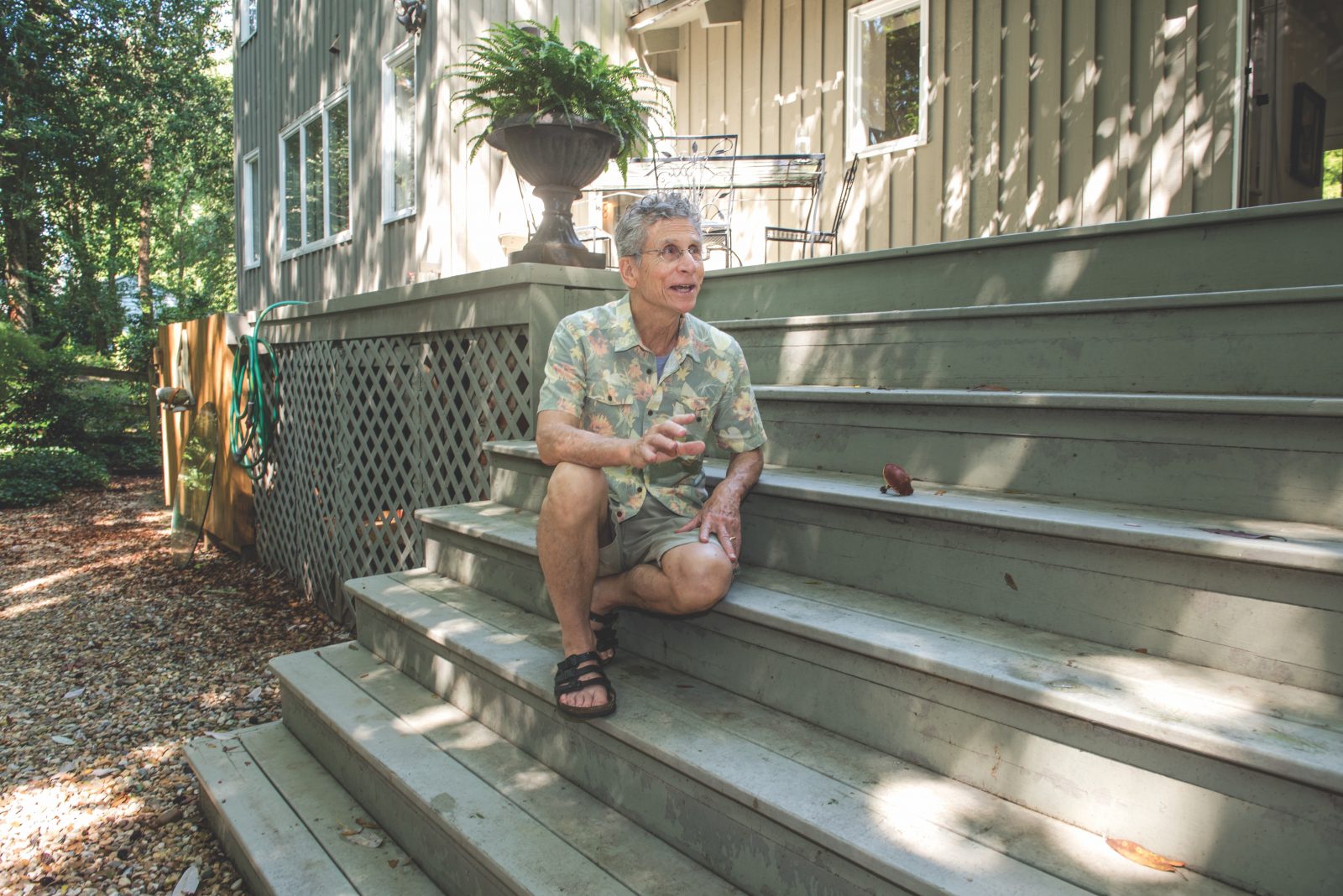 Claiming not to have been on a plane since 2004, Phillips engages instead in what he calls “inner travel” or seeing the world via film. Besides film, he loves music, staying up late to read (at press time, he was deep into Michael Pollan’s How to Change Your Mind), writing, living near the Virginia Beach Oceanfront surrounded by nature, and rescuing cats. He and a buddy collect the succession of cats that show up at the yoga studio, adopting them out or trapping, neutering and releasing them. “I can’t walk away from them,” he says.

Reflecting that he doesn’t “need a lot of novelty” in his life anymore and describing that life as “kind of simple,” Phillips willingly acknowledges that, at age 67, he is not compelled to take on that much more. However, he does long for more time to write and devote himself to environmental causes.

For now, Phillips’ spouse of three decades avows that he lives gratefully and moves through the world mindfully. He may not fly but, according to her, he “walks the walk.”