Where: Zable Stadium at The College of William & Mary and Williamsburg Lodge.

Guest List: Shanna and Cody were surrounded by approximately 155 loved ones from all phases of life and every corner of the country. More than 20 states were represented in the stadium ceremony audience.

Where They Met: The former cheerleader and football star first met in 2006 while attending William & Mary. They dated for 18 months before going their separate ways—Shanna to work and Cody to his final years of college. Their romantic connection had not been forgotten, however, as the couple reunited almost eight years later in California and fought long distance with love all the way to the altar.

The Engagement: What appeared to be a Christmas light tour with Cody’s family was actually a surprise proposal beneath an enormous chandelier in downtown Cleveland, Ohio. Shanna’s mom and grandparents had been called on FaceTime to witness her special moment. “[I] was so surprised and overtaken with emotion, everyone was trying to confirm [I’d] actually said ‘yes’ to the question,” remembers Shanna.

Wedding Wishes: “We wanted the wedding to really symbolize who we were, and while a formal event, [we] wanted it to be fun and relaxing for all,” says the couple. Accommodating out-of-town guests was of upmost importance to the newlyweds. “Being very proud alumni, we also wanted to show off where we went to school and how much of a role it played in not only connecting us for the first time, but years later as well,” they added.

What’s Next: Just before the wedding, Shanna relocated from Albuquerque, N.M. to Rocky River, Ohio to be with Cody. They’ve since adopted an Australian Shepherd puppy named Gotham and look forward to buying a new home and planning for kids in the near future.

Something Blue: This simple and sophisticated invitation suite is courtesy of popular online marketplace Minted. The touch of blush and gold from the ring box hint at the wedding’s color scheme.

Nostalgic Fixtures: The last time the couple stood beneath a chandelier, Shanna said yes to a lifetime with Cody. So, reciting ‘I do’s’ beneath the same sparkling fixture only seemed right. The custom-built archway stood proudly on Zable Stadium’s 50-yard line and marked the first-ever stadium wedding in the history of William & Mary.

College Memories: The places, sayings and traditions listed on the forest green plaque remind the couple of their first year together as young college athletes. “After parties for both [the night of our rehearsal dinner and night of our wedding] were at local delis, which is where we spent many of our nights out in college,” says Shanna.

Gawking Gals: Stunning in her Hayley Paige gown, pretty pink bridesmaids stand in awe of the beautiful bride just outside the doors of the Williamsburg Lodge. “There were many complications with getting my wedding dress in time for the wedding,” Shanna says. “With the help of Cody’s mother and sister, they figured out how to make it happen, and it really almost didn’t. It was just another way of showing what an amazingly caring family I was marrying into.”

Colonial Confection: Dripping with gold, this four-tier beauty was exquisitely crafted by the culinary team at Williamsburg Lodge.

Fife & Drum: The Colonial Williamsburg Fifes and Drums escorted wedding guests from cocktail hour into the pink and gold reception area of the Rockefeller Complex. “This was a hit with the guests, because while we didn’t get to witness it, they talked about it for days afterward,” says Shanna.

Cherished Charm: Tied neatly below the bundle of petals is a charm that once belonged to Shanna’s aunt, who lost her battle to cancer a few years ago. Adding the sentimental touch to the Morrison’s Flowers bouquet was important to both the bride and her mother.

Cody's Comics: “Cody has a love for Batman and comics in general,” says Shanna. “The cake was made by the mother of one of the matrons of honor as a gift. Cody also received Batman socks to wear for the day of the wedding as one of the gifts from me.” 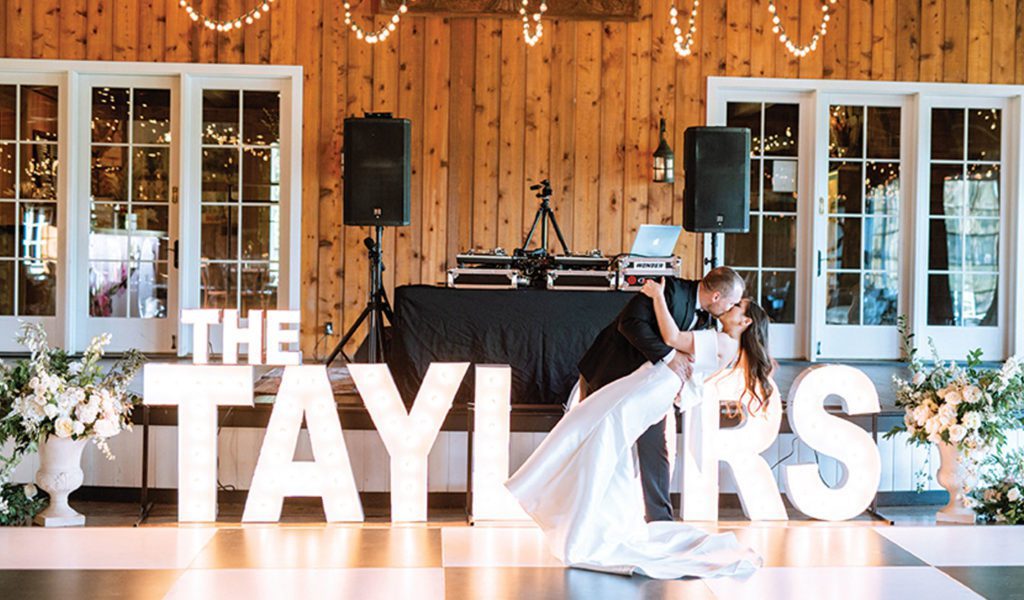 Light Up Your Reception 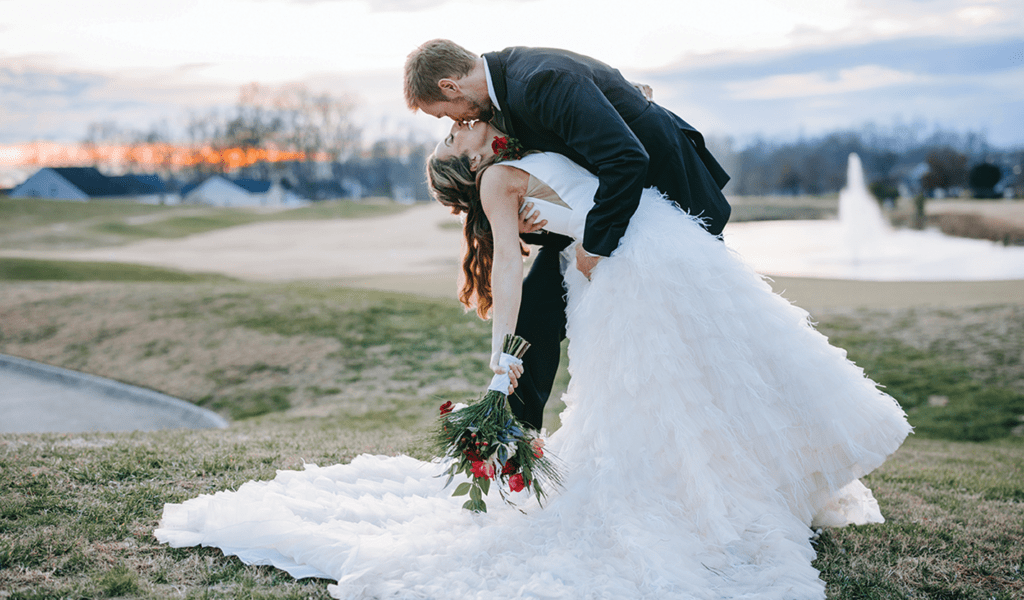 Twas the season for a festive and fabulous wedding for Callie and Dan Lewis, who met while attending Old Dominion... 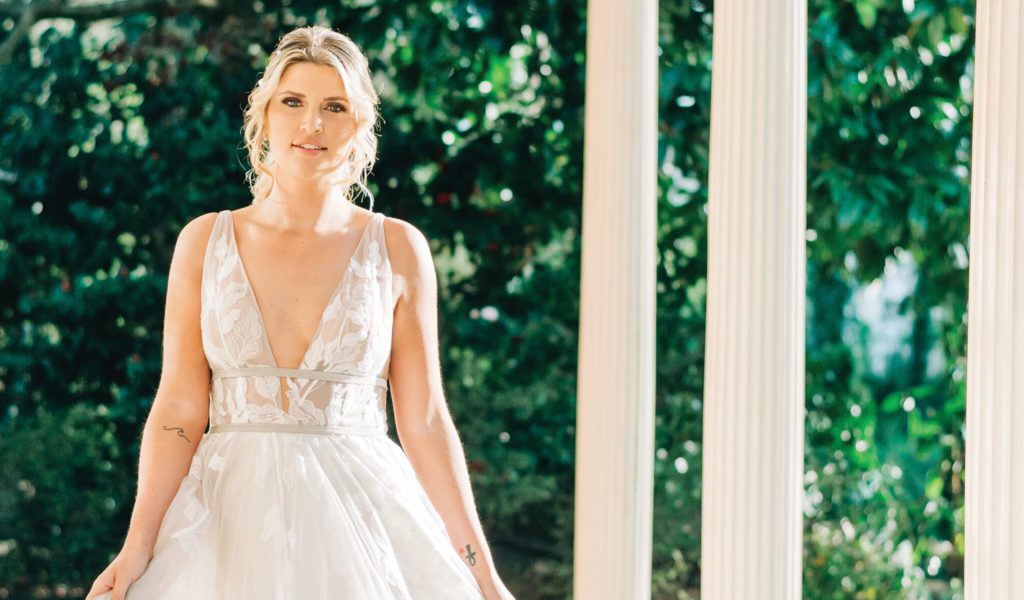 The sets. The cinematography. The characters. The romance. And, mon dieu, the clothes! The world can’t stop watching, and... 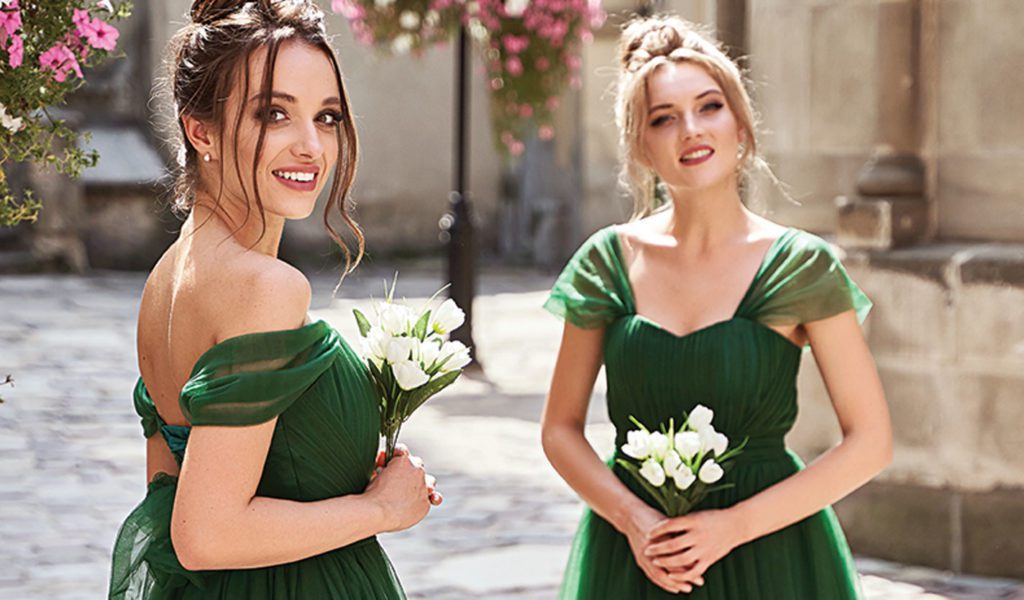 While soft neutrals and pastels continue to dominate those perennially popular rustic, beachy vibes at weddings far and...