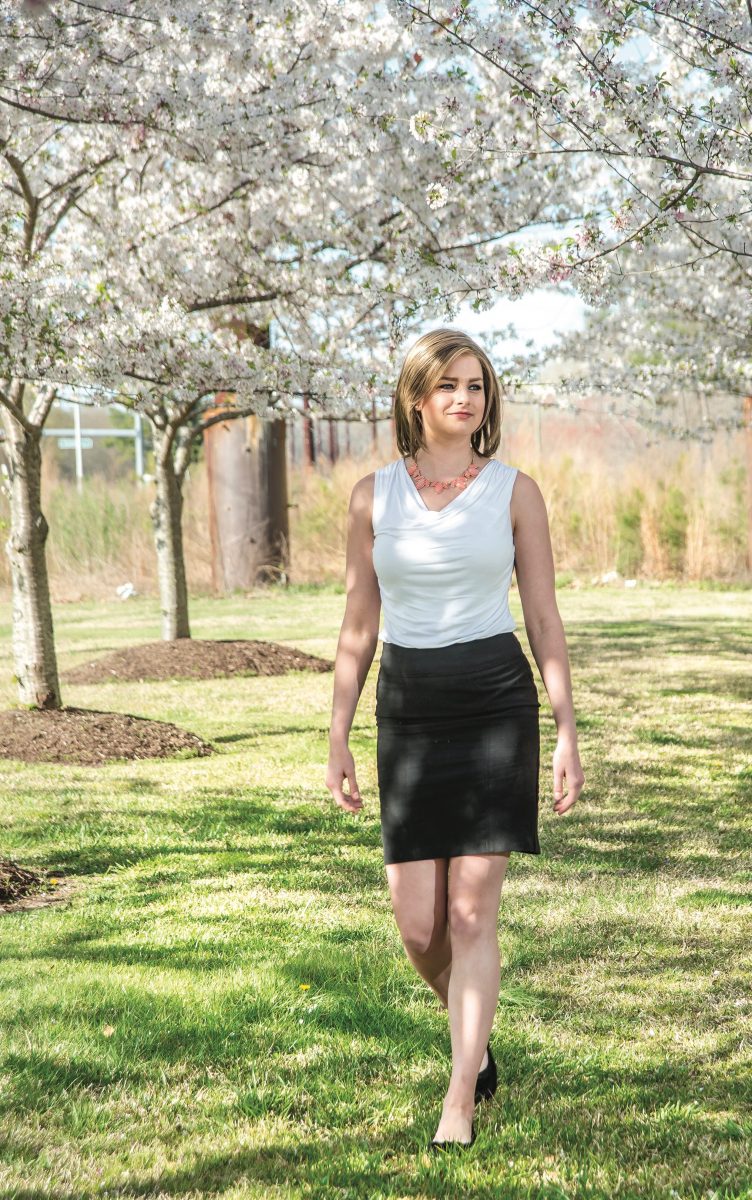 Viewers tuning in to 13News Now know Meteorologist Crystal Harper for delivering the forecast for Coastal Virginia on Saturday and Sunday mornings, as she gives them a better idea on whether brooding storms or blue skies are on the way. For those who have followed Harper online through social media channels and her blog over the past year, she’s provided yet another outlook on life.

In May of 2017, she was diagnosed with stage II Hodgkin’s lymphoma at the age of 25, and through blogs, posts and videos, she shared in detail the 12 rounds of her chemotherapy treatments. Harper defeated the cancer of the immune system while putting on a brave face and bright smile and has inspired the community with her courage and charisma.

Harper grew up in upstate New York before she joined the Air Force, took her first TV job in Wyoming and eventually made her way to Coastal Virginia. She had only been at 13News for a matter of months before she received her devastating diagnosis. Rather than keeping quiet, she broke the news on air that she had cancer. “I didn’t want to just disappear,” she says. “After that initial explanation I got so much support.”

Harper left work, lost her appetite and her hair during chemotherapy infusions at Memorial Sloan Kettering Cancer Center in New York City, but despite the downpour of adversity, writing about her experiences was therapeutic. “If I was having a bad day and wrote about it, then people would flood me with all these positive comments.” Harper discovered that she wasn’t alone and bonded with those dealing with similar troubles. “I had women writing to me and they were saying, ‘Wow you’re so brave for showing off what you look like without a wig on; my husband hasn’t even seen me without a wig on.’” She inspirited others in their own fight against cancer by sharing what to expect while giving her own words of encouragement and advice. “It’s not always easy to find those positive things, but there is a little positivity in every bad situation,” Harper shares. “I was thinking I have to turn this awful thing that happened to me into something good.”

After her successful chemotherapy rounds, Harper defeated the cancer and returned to TV with 13News in January. She’s continued to help others by collecting donations and creating Warrior Bags she’s mailed across the country for those undergoing treatment. The Warrior Bags are stuffed with feel-good items such as blankets, coloring or activity books for kids, fuzzy socks, magnetic healing bracelets and candies that ease nausea. Harper is also hoping to raise $50,000 in funds over 10 weeks for the Leukemia & Lymphoma Society’s Woman of the Year campaign to find a cure for blood cancer. “If I had been diagnosed 40 years ago, what I have would have been a death sentence,” Harper shares. Now, there is an 88.5 percent survival rate for stage II Hodgkin’s lymphoma. “Because of research and organizations like the Leukemia Lymphoma Society helped fund that research, I’m here and I had a great prognosis,” Harper says, inspiring her to raise funds for the campaign for brighter days ahead. “I want to do my part to give back.”

Crystal Harper will be participating in the Mustdash For A Cure 5K in Yorktown on May 12 to raise funds for cancer research for her Woman of the Year Campaign with the Leukemia & Lymphoma Society. To support the fundraiser, register under “Team Crystal” at GotCureage.com/Pages/5K-Race, and to support her campaign, visit WeatheringCancer.com.