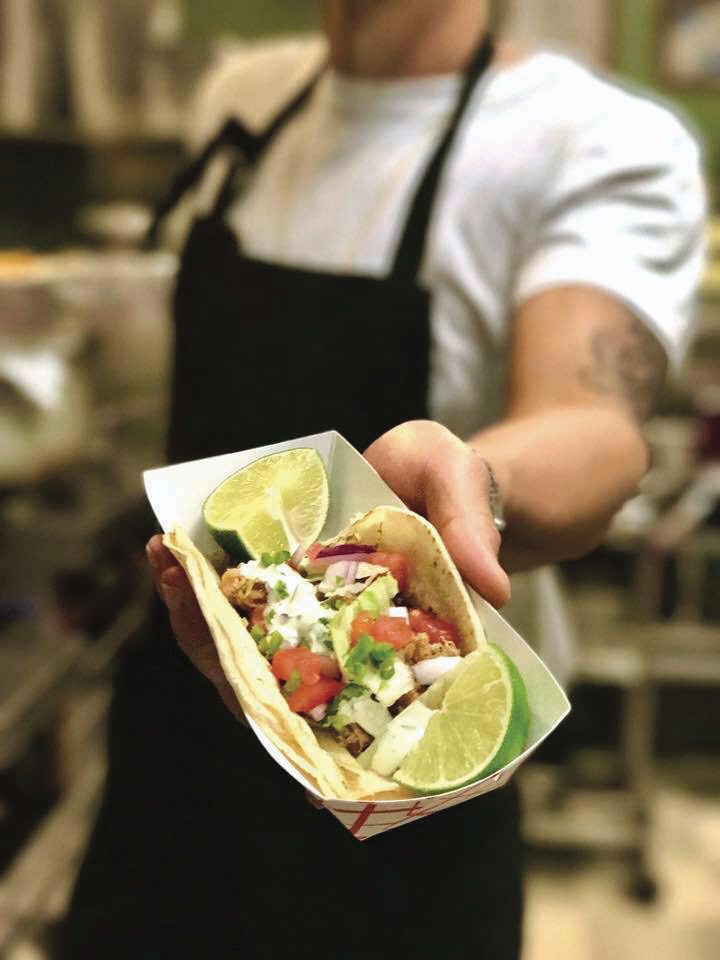 Pop-up restaurants are simultaneously the finest and most catastrophic idea ever; finest, because they provide chefs a low-risk way to take new ideas for a spin. Catastrophic, because if you fall in love, there’s no guarantee you’ll be able to see the object of your affections again … ever. Much like Brigadoon, the fictional Scottish fairy-town which appears for a single day once every 100 years, pop-up restaurants range from regularly programmed events to the literal one-night stand. They are, after all, meant to be fleeting: a flash-in-the-pan celebration of food’s versatility. Although the pop-up restaurant trend shot to popularity in the early 2010s, eaters’ interest in cuisine and ingredients that aren’t overworked has served to sustain the theme.

But what is a pop-up restaurant, precisely?

Simply put, a pop-up restaurant is a short-term event wherein a chef transforms an existing restaurant space for one night; new menu, new atmosphere, new theme. The details sift down like grated Pecorino Romano from there. Some pop-ups involve a chef recreating his own space to showcase new ideas or ingredients; others are manned by skilled hopefuls testing restaurant prototypes in another chef’s space. Some even employ the pop-up restaurant format as a way to highlight social problems, like Dan Barber’s wastED, which featured elegant dishes based off food-scraps to bring the food-waste epidemic into America’s notice.

The exclusive nature of the pop-up concept—first come, first serve, close down when we sell out—also benefits established chefs looking for ways to draw new crowds to their restaurants. Should the event be ticketed, some pop-ups sell out almost immediately. Although many pop-up restaurants have the commitment level of the average Tinder date, others—like Norfolk's Waffletina—follow more of the truckless-food-truck method, developing a loyal following and consistently making the rounds of local breweries until news of a “brick and mortar” location begins to circulate.

Pop-ups can be based around one star ingredient or the cuisine of a whole continent, one piece of music or an entire season of the year. The format of a pop-up restaurant is natively hospitable to creativity—a breeding-ground for innovation, risk, even playful self-awareness. Restaurateurs without a lot of capital can afford to test-drive a concept as they take over a brewery, farm or bistro, gauging interest while gaining publicity.

But above all else, pop-up restaurants are, well, fun. They’re surprising—sometimes literally, as in the case of supper clubs like Richmond's Underground Kitchen, which announces the top-secret location to ticket-holders a mere 48 hours before dinner service. They’re entertaining—some of the more conceptual pop-up restaurants pair the culinary arts with music, dance and other art-forms. Pop-up restaurants can even be effective methods of fundraising for charity or capitalizing on seasonal foods, pop-culture, the political climate and more.

Though repeat pop-ups are good news for those who fall hard for familiarity, the one-night-only variety is its own kind of delight. To attend such an event is to be captivated by an ignis fatuus—a Will-o’-the-Wisp. The experience may be fleeting, but it will leave the impression on your senses of a deep enchantment, as all the best things do. Only your memory—and your camera roll, since we must be plebeian—stands as evidence that the evening did, in fact, happen just as you remember. And though you won’t be able to experience that same pop-up in that same way again, you’re forever captivated by their transient charm.

Though pop-up restaurants are inherently short-lived, changeful and hard to pin down, we managed to collect a short list now serving pop-up food all over Coastal Virginia. Take an afternoon (and a willingness to commit to this short-term relationship) and enjoy the witching hour which is a pop-up restaurant experience. 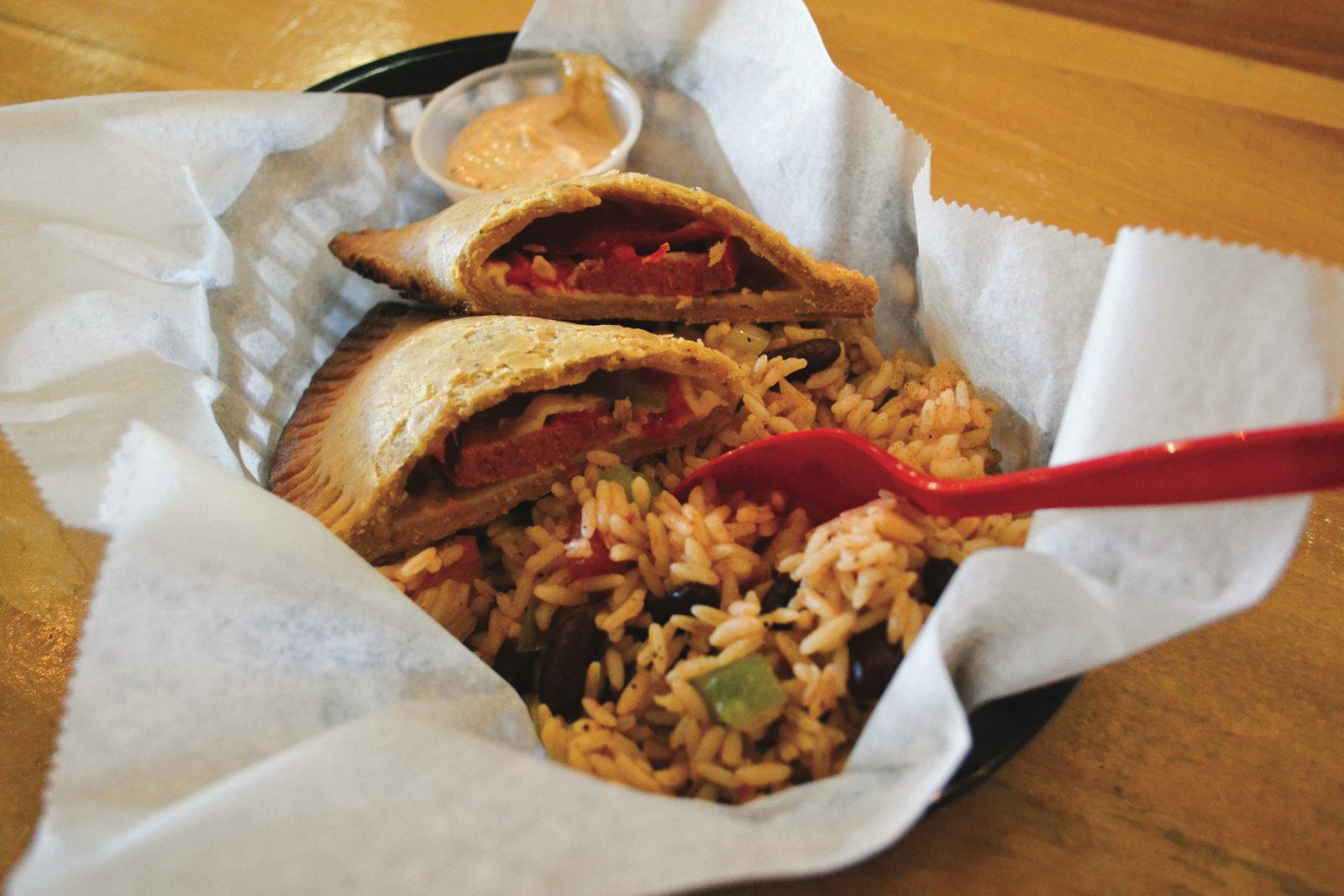 If you crave that spicy, grungy, slightly rakish flavor that epitomizes New Orleans, Voodoo Pies is a pretty great fit. Owners David DeGrave and Brittany Rymer began Voodoo Pies in March of 2017 after being prompted by friends to create a pop-up restaurant. Combining their love of The Big Easy and cooking, Voodoo Pies brings classic Cajun food to diners in the effortless form of a handheld pie. Gumbo, red beans and rice, shrimp, andouille sausage, creole potatoes, even catfish—the whole gang is represented in a wide array of fragrant pies with the occasional dietary restriction-friendly menu option as well. The hand-pie format works perfectly in the brewery setting where Voodoo Pies typically sets up shop; dinner can be held aloft, leaving the other hand free to hold a drink, wave at friends, or pet a friendly dog. For hours and location, visit Voodoo Pies on Facebook or Instagram: @BakingForSatanNFK 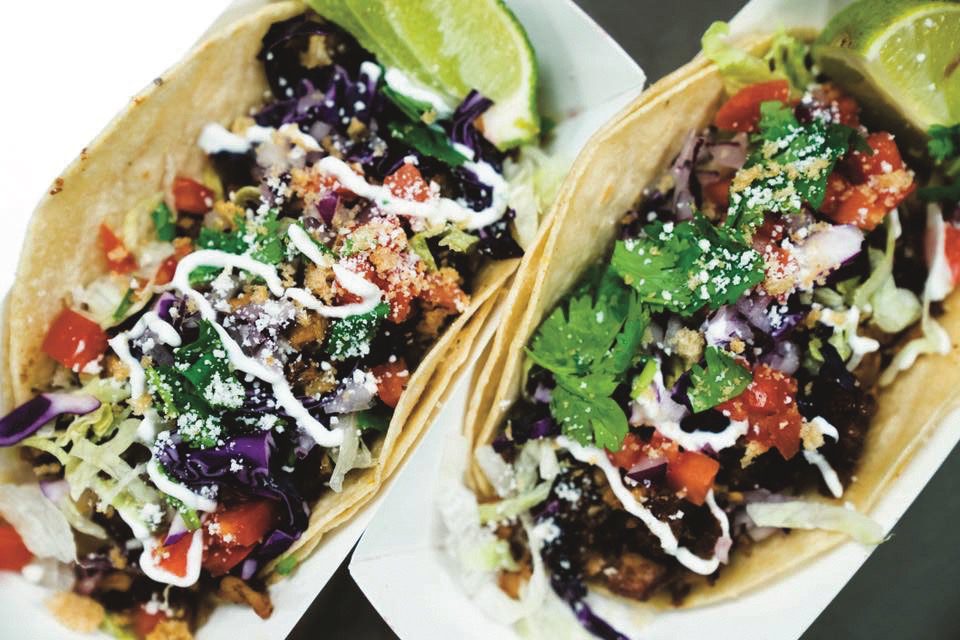 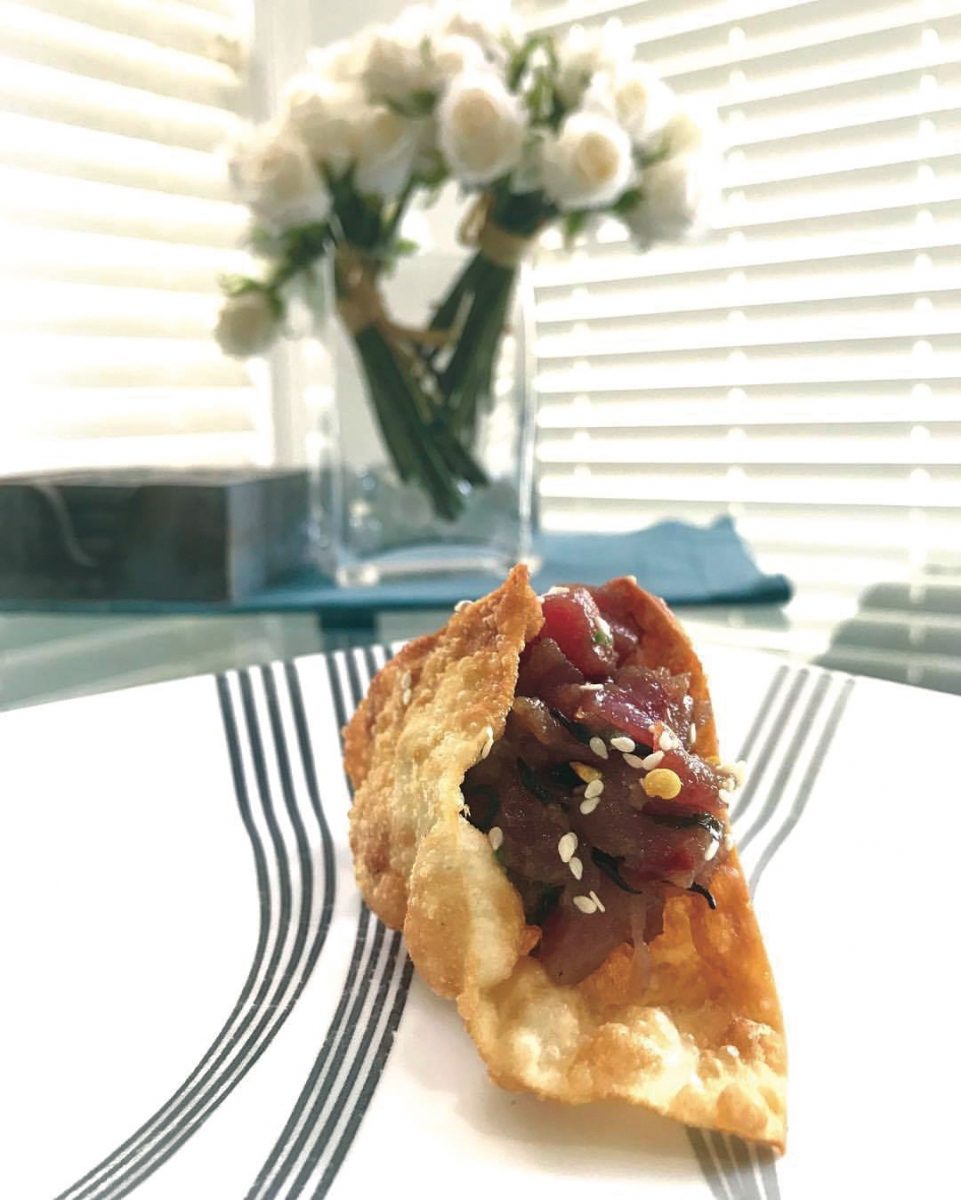 At first the food seems like the usual comforting, Filipino fare: sigsig, adobo, sinigang, lumpia. Then you notice the form: Ramen? Tacos? Wings? Is that a …  burger? Yes, yes it is. At his Mangan pop-up, owner Ken Calaunan reimagines the relationship between Filipino classics and modern cuisine. Occasionally seen at Susan’s Kitchenette and Norfolk’s Selden Market among other locations, Mangan is the sort of sells-out-immediately restaurant you’ll want to watch closely. Announcements about location are made via Instagram or Mangan’s Facebook page, and crowds line up early to get a taste of the Philippines, re-mastered. @EatMangan 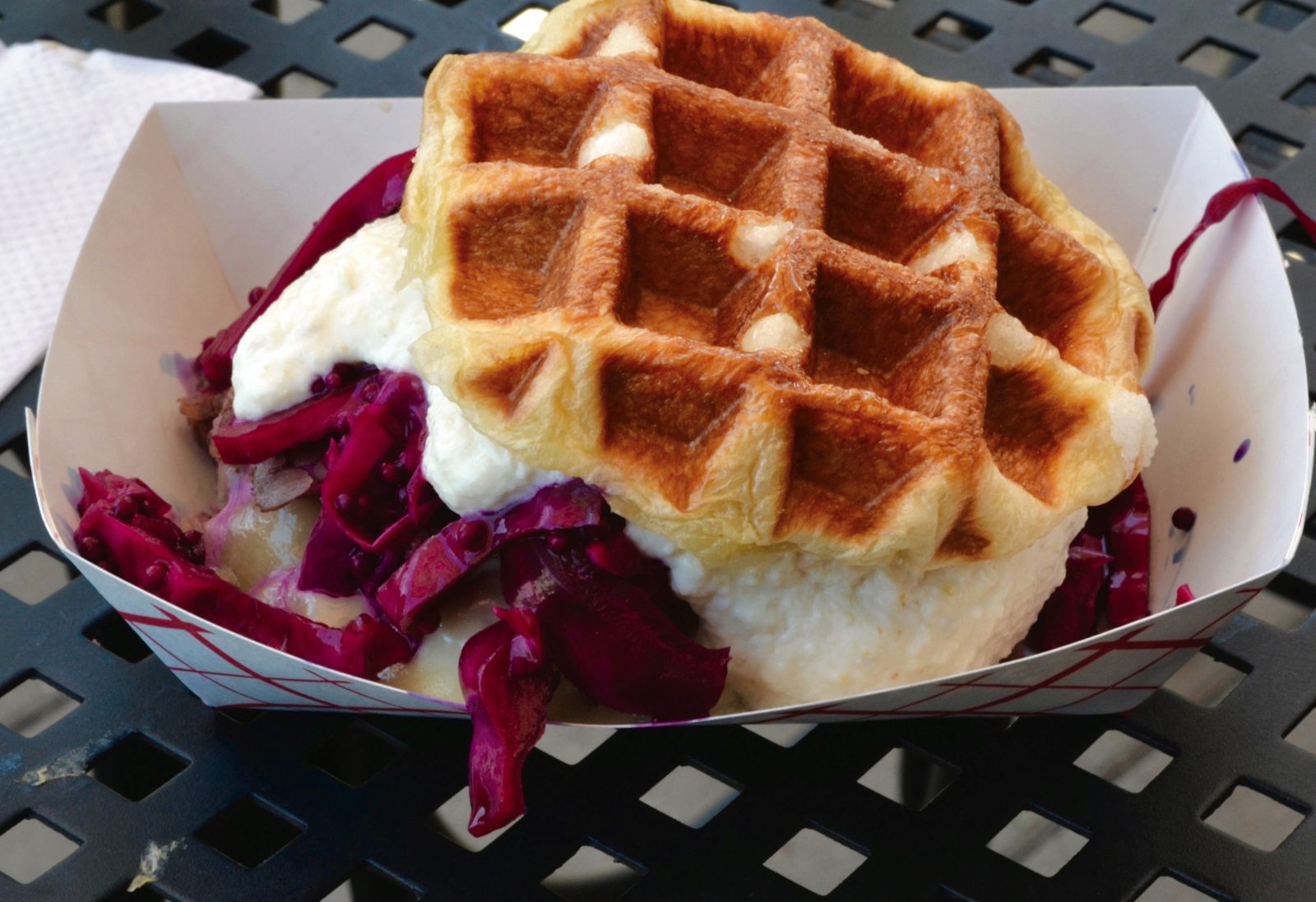 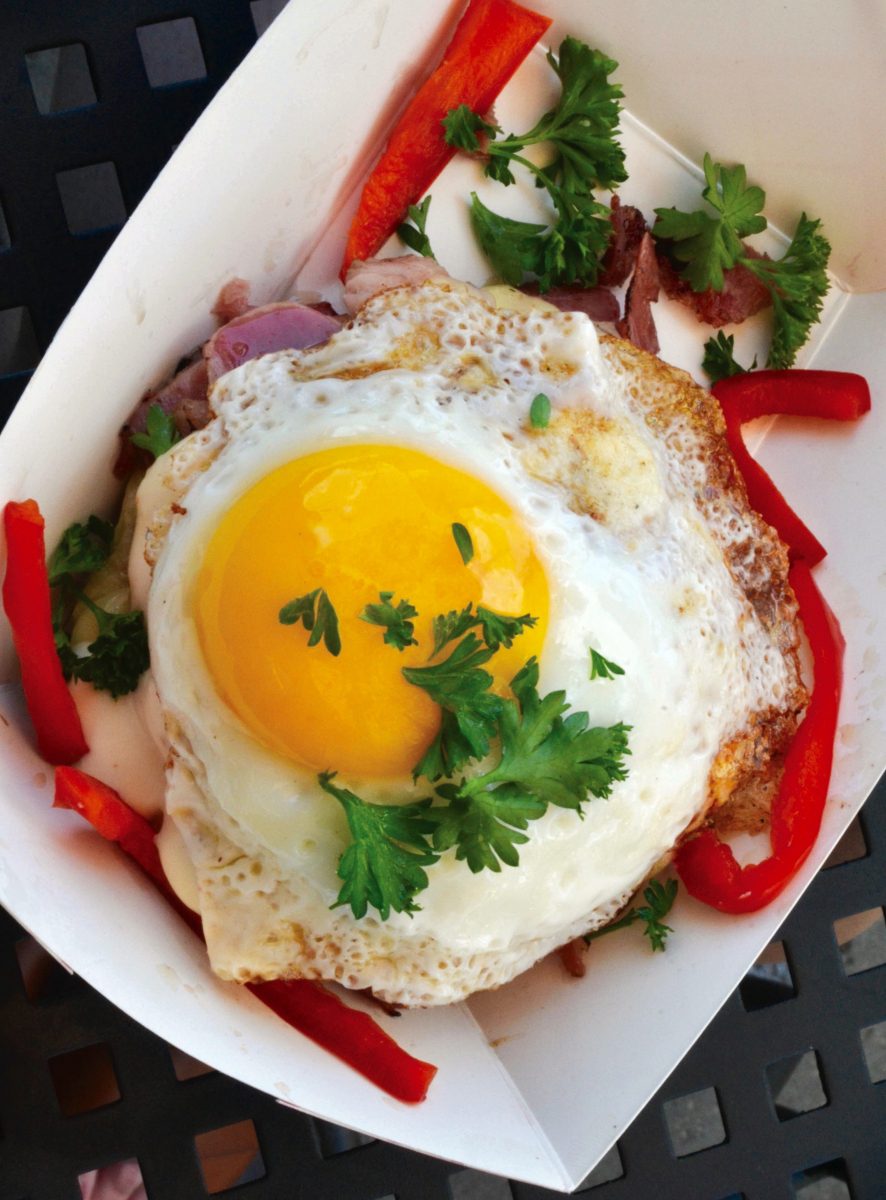 Here are Belgian waffles as you’ve possibly never seen them. At Waffletina, fluffy, brioche dough pearl-sugar waffles are split in two and served breakfast sandwich-style. Combinations change per pop-up, as the restaurant makes a leisurely cycle through the city’s breweries: here at Benchtop, there at O’Connor, down around to Commonwealth and back again. If you crave a sweet fix, the mango curd waffle or peanut-butter and banana might fit the bill. If it’s a savory, protein-packed experience you seek, look for the corned brisket with ruby slaw and Havarti or the pork shoulder with bechamel and an over-easy egg. For hours, pop-up locations, and other information visit their website, and keep an eye out for Mea Culpa, the permanent home of Waffletina soon to open in the Ghent neighborhood of Norfolk. Waffletina.com