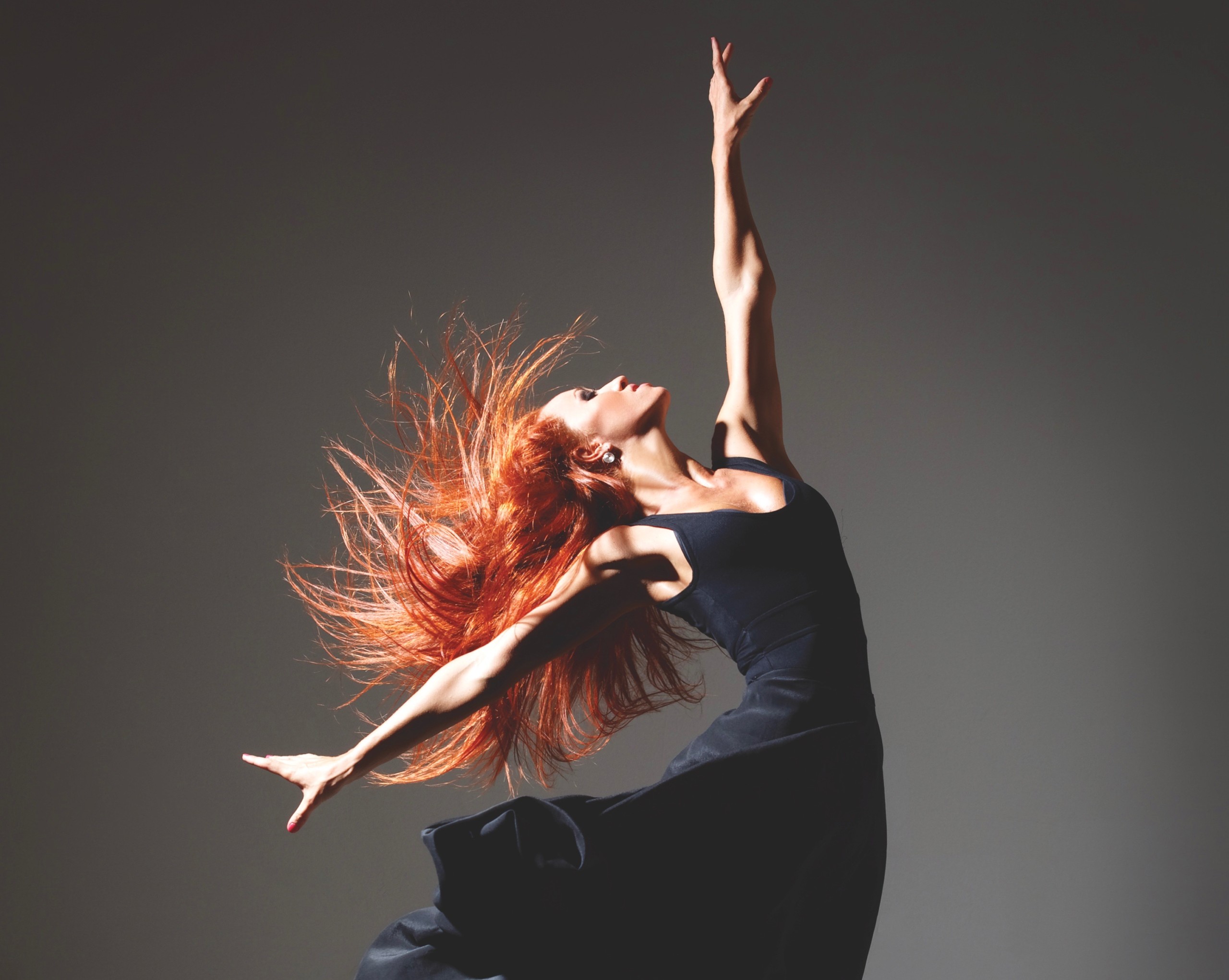 If you’ve never been to the theater before, there is something indescribably exciting about watching a live performance. The performers project a pure passion for their craft. The music fills your entire being and carries you away with the rest of the production. And it’s all live, so there are certain nuances to every word or note—spoken, sung or played.

If you have been to the theater before but it was many years ago and you vowed to never go again because you were uncomfortably dressed and bored to tears with the production, Coastal Virginia venues have some surprises in store this fall that are going to change your mind about stepping out on the town.

Here are just a few of the companies and venues in the area that are hoping to entice you to stretch your imagination and share in some magical moments:

The City of Norfolk’s SevenVenues serves to link Norfolk’s residents, visitors and tourists to Norfolk’s rich cultural arts and entertainment community. Included in their arsenal of facilities are Scope Arena, Chrysler Hall, the Attucks Theatre, the Wells Theatre, Harrison Opera House, Harbor Park and Open Air Events. Here are just a few of the upcoming events coming your way:

Sept. 23
From a Five-Time Grammy Winner to Holst’s The Planets 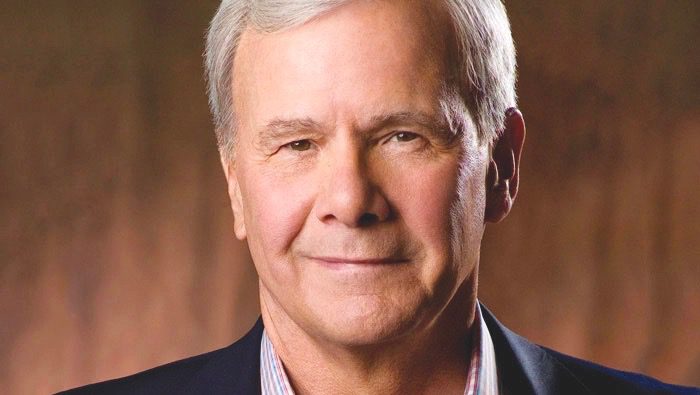 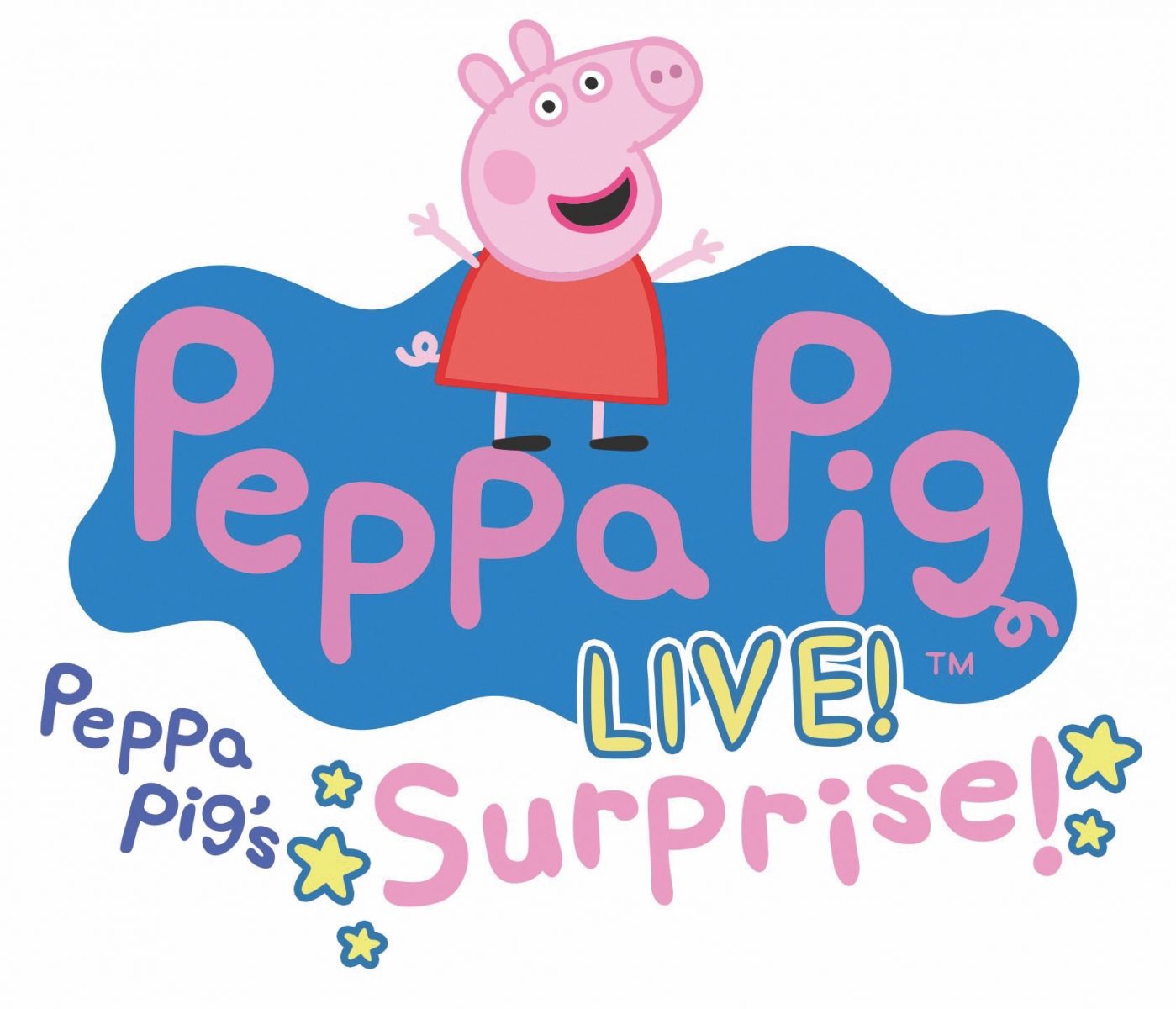 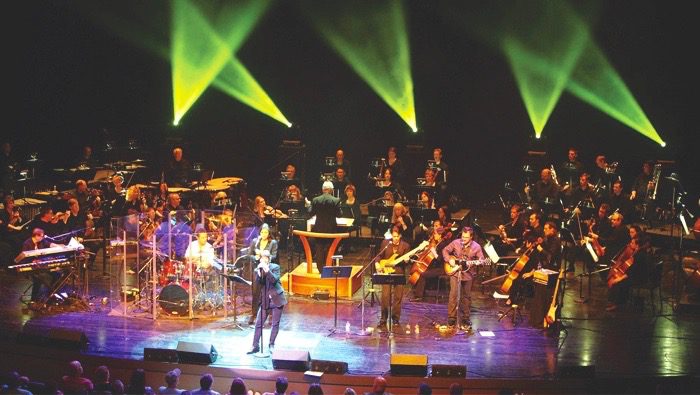 Oct. 28
Faithfully: The Music of Journey

Dec. 1
The Comedy Get Down

Sandler Center for the Performing Arts

“The big driving force for us is that November is our 10th year,” says Meghan Calvagna, director of marketing for the Sandler Center. “We were dedicated in 2007, so this is a really big year for us. Ten years is a long time to be in the community, and we’ve really looked back and looked at the support the community has given us over the years—the arts organizations, specifically. They fill 150 events out of the 400 events we do a year, so it’s an astonishing number that they bring into our building. We wouldn’t be where we are today without the community support and the arts organizations.

“As we’re celebrating our 10th year this November, we’re realizing what got us to this point, and that’s the arts, the resident companies and the community’s support. We know what got us to this point, but we’re also looking to expand what’s next, what’s up and coming, and what’s fresh to make us stand out from the others. I think we have a secret up our sleeves this year that I think a lot of people will be excited about, and we’ll have some crowd favorites, some nostalgic shows and some new, fresh content coming in as well.” 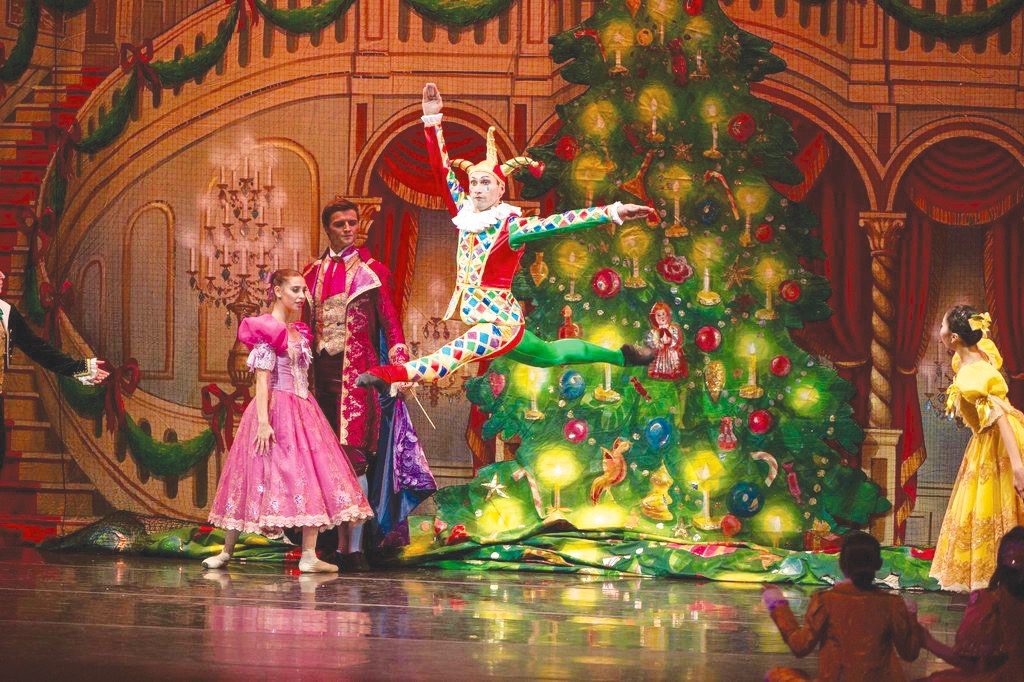 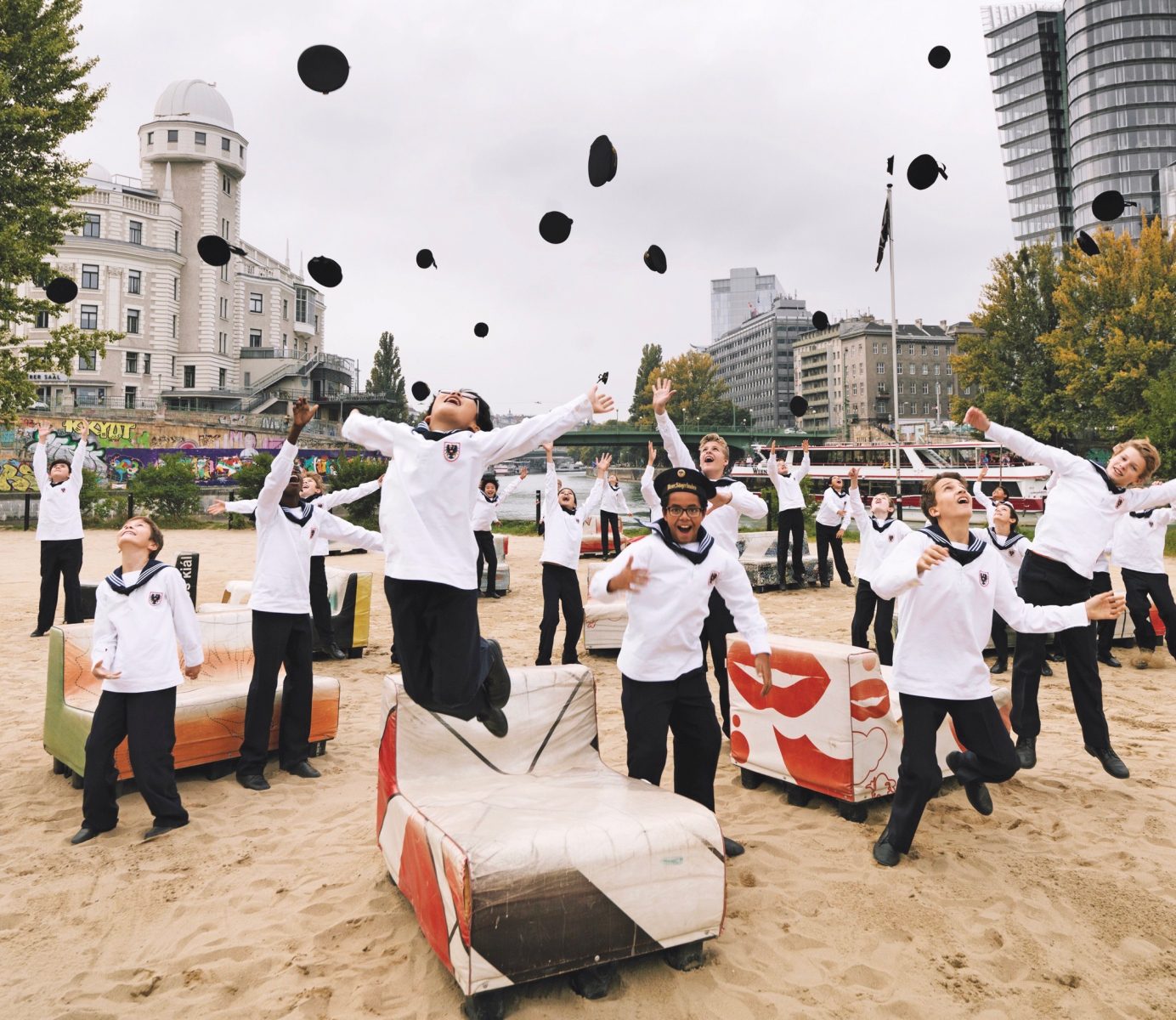 With a legacy of more than 30 years, Regent University Theatre presents inspiring entertainment of the highest caliber. Here’s what Jan Gompper, chair of the Department of Theatre & Music has to say about the upcoming season:

“With God's glory in view, we go boldly forth in our commitment to continue to bring you high-quality theater productions that entertain, educate, and stimulate. This year's season will do a bit of each as we explore how love changes human behavior and redeems even the most difficult of circumstances.

“In Carlo Goldoni's Italian farce The Servant of Two Masters, a resourceful and perpetually hungry Truffaldino tries to serve two different masters in order to get an extra meal. When the feisty Smeraldina smites his heart, he discovers that what he truly hungers for is much greater than what he expected.

“Norman Krasna's 1940s comedy Dear Ruth turns a teenage girl's altruistic intentions to bolster the morale of a young soldier into a catalyst that causes a life-altering change of heart for her older sister, Ruth. Opening on Broadway in 1944, the play had an impressive two-year run, as well as a film adaptation in 1947 starring William Holden.

“The Women of Lockerbie by Deborah Brevoort is inspired by the true story of the 1988 terrorist bombing of Pan Am Flight 103 over Lockerbie, Scotland. This Greek-styled work illustrates how a simple act of love helped to heal hearts filled with grief and bitterness.

Finally, Bock & Harnick's euphoric romantic comedy She Loves Me takes a wistful look at how love can unexpectedly change those it touches. Originally based on the play Parfumerie by Hungarian playwright Miklós László, the story has been adapted several times into popular films–the 1940 James Stewart-Margaret Sullavan classic The Shop Around the Corner; the 1949 Judy Garland-Van Johnson musical In the Good Old Summertime; and more recently the 1998 Tom Hanks-Meg Ryan comedy You've Got Mail.” 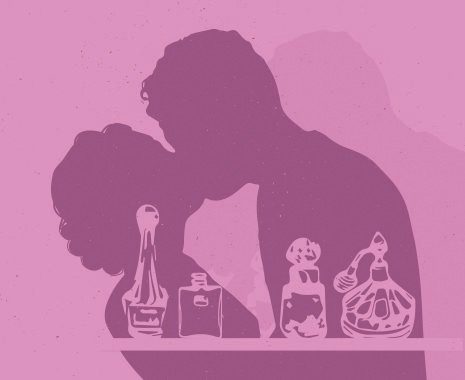 “We’re getting ready for our 27th season, and we’re coming up on our 10th year at the Sandler Center,” says Mark Hudgins, executive director of the Virginia Musical Theatre, which has been designated by City Council as the official music theater of Virginia Beach. “We are opening with Mamma Mia in October, followed by the Virginia premier of a brand new musical based on Disney’s movie Freaky Friday, called Freaky Friday. We’ll be the first theater in Virginia and the third theater totally to every produce the show before it goes to Broadway. Then in March 2018 we’re going to do Jekyll and Hyde, the Musical. And then we end the season with a classic Cole Porter show called Kiss Me Kate. So we do four shows a year. We work very closely with the musical department at the Governor’s School for the Arts, and we like to heavily promote that because some of our best actors and some rather well-known actors now come through that program with us, including Grant Gustin, a local kid who now plays the Flash on TV.

“And just like anything these days, everything has gotten so causal. Most people don’t generally dress up for the theater anymore. It’s not stuffy like it used to be. In fact, we now allow people to bring their wine into the theater. So that’s a relatively new thing, but we’re doing everything we can to get people into the theater and into seats. And if that means letting them come in wearing cutoff jeans, eat popcorn and drink wine, then have at it.

“So just come and plan on having a good time. People think that it’s going to be stuffy and they are going to be bored to tears, but we pick our shows for a wide-ranging audience. Every time I’ve seen Mamma Mia, which is at least half a dozen, at the end of the show people are in the aisles dancing. And that’s encouraged. It’s based on the music of ABBA. Everybody knows all the music, and it’s a goofy story, so you’re not sitting there watching Shakespeare and getting bored to tears. We chose Freaky Friday because it is a family show, the kids are going to love it, everyone knows the story, Disney has done the movie twice, so it’s fairly familiar to people. Jekyll and Hyde is a little different. I’ve had a couple of our older audiences say, ‘oh, it’s going to be dark and there will be a lot of blood …’ It’s nothing like that. It’s more of a romantic melodrama than anything else. The music is absolutely gorgeous. Real sweeping, romantic music. And then Kiss Me Kate is just plain fun. Where else can you see tap dancing gangsters?” 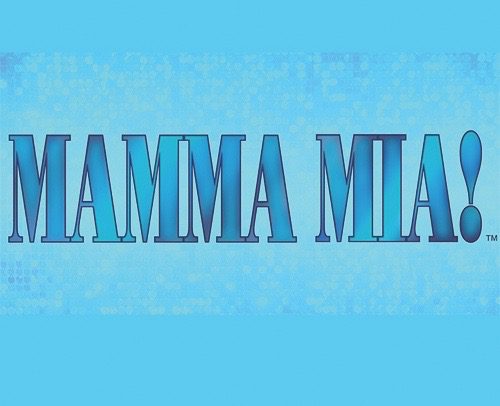 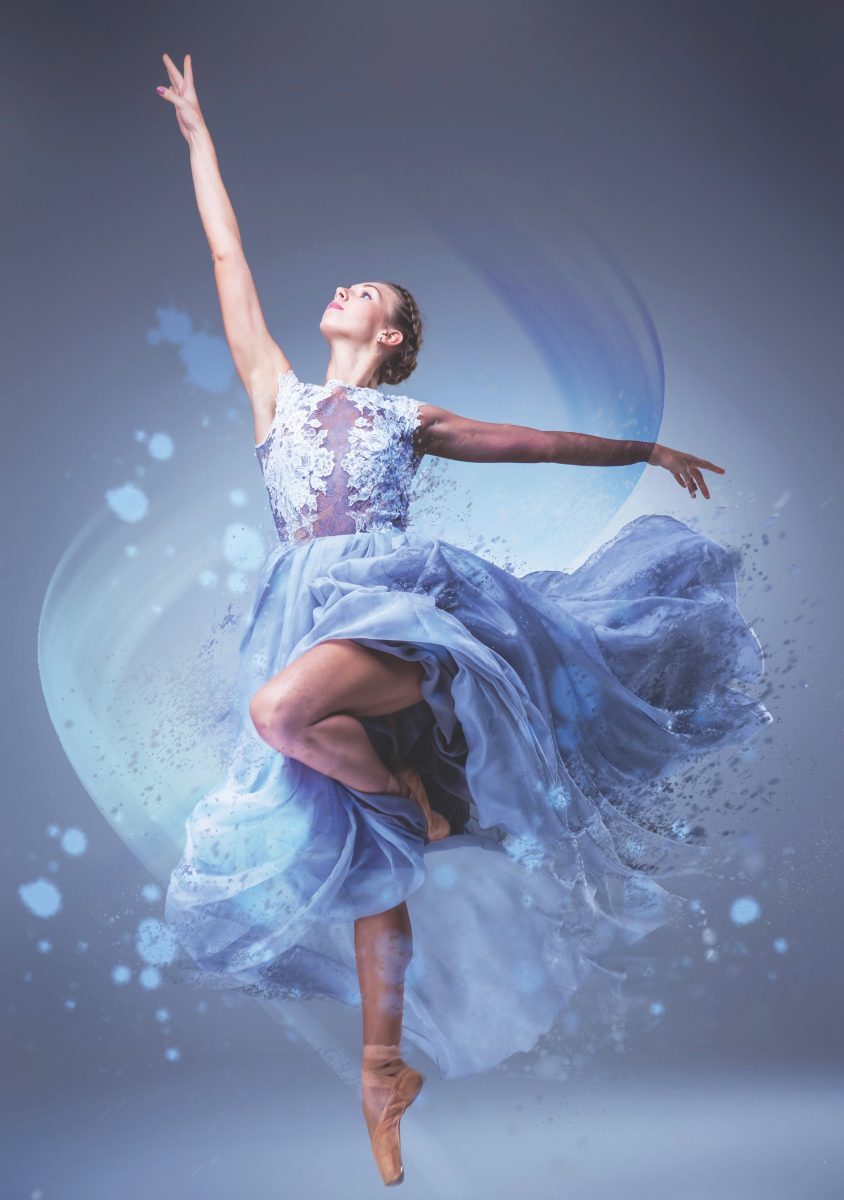 “In late fall/early winter we’ll be doing our Nutcracker production at Chrysler Hall Dec. 1 through 3," says Jennifer Chapman, Hampton Roads regional coordinator for the Richmond Ballet. “That’ll be our fifth consecutive year doing that. We will perform along with the Virginia Symphony Orchestra. We use 90 local dance students in that production, so they actually audition in August and September, and then they rehearse weekly, then dance along side of the professional company dancer. That’s really exciting for a lot of them because most of them haven’t performed alongside professional dancers, and they haven’t performed on the Chrysler Hall stage.

“Before that we are performing, actually debuting, our Trio performance. We call it Trio because it’s three strikingly different ballets in one show, which is really exciting. A lot of people think of ballet and they think of traditional tutus, Swan Lake-type of performance. But the Richmond Ballet is really a contemporary ballet company. Yes, we do classical, but we also bring in really cool, edgy, new choreographers. So we’re actually excited that our Trio production that we normally only do in Richmond, but we’re actually going to debut it at Ferguson Center on Oct. 26th  at 7:30 p.m.

“So we are going to be doing three different ballets that night on the 26th. One is called Gloria. It’s a beautiful dance interpretation of Vivaldi’s Gloria. And the choreography evokes passion, joy and spirituality of music. Our second performance that night is Journey. Salvatore Aiello is the choreographer. And that performance pays tribute to the strength, vitality and physical virtuosity of the male dancer. And then our third performance is Silence. The choreographer is Gina Patterson. It evokes the sense of space and timelessness. She quoted it as saying, ‘It’s about finding peace within the stillness. The silence we find ourselves in a quiet moment in the dark of night or on a walk with miles in front of us to conquer.’

“A few years back, while we were doing Nutcracker, we received a grant from Dominion Power to do three years of performances in Norfolk. After those three years the organization made the decision that Coastal Virginia really wanted to be a second home for us. So since that time they’ve continued to bring Nutcracker down here, and then they really wanted to take it up a notch, because we really want to make this not just a tour stop, we actually want to have an entire season here in Coastal Virginia at the performing arts venues here. So this is our next step.

“We were designated the State Ballet back in 1990. A lot of people don’t know that we tour all over the commonwealth. But we want to make Coastal Virginia our new second headquarters, our second home. So I think we have a unique opportunity to come into the community and really show some cool ballet productions. I think the ballet is cognizant of really sharing that with the Coastal Virginia community in particular, because everyone in Richmond knows, but we need to let the Seven Cities know we’re here.” 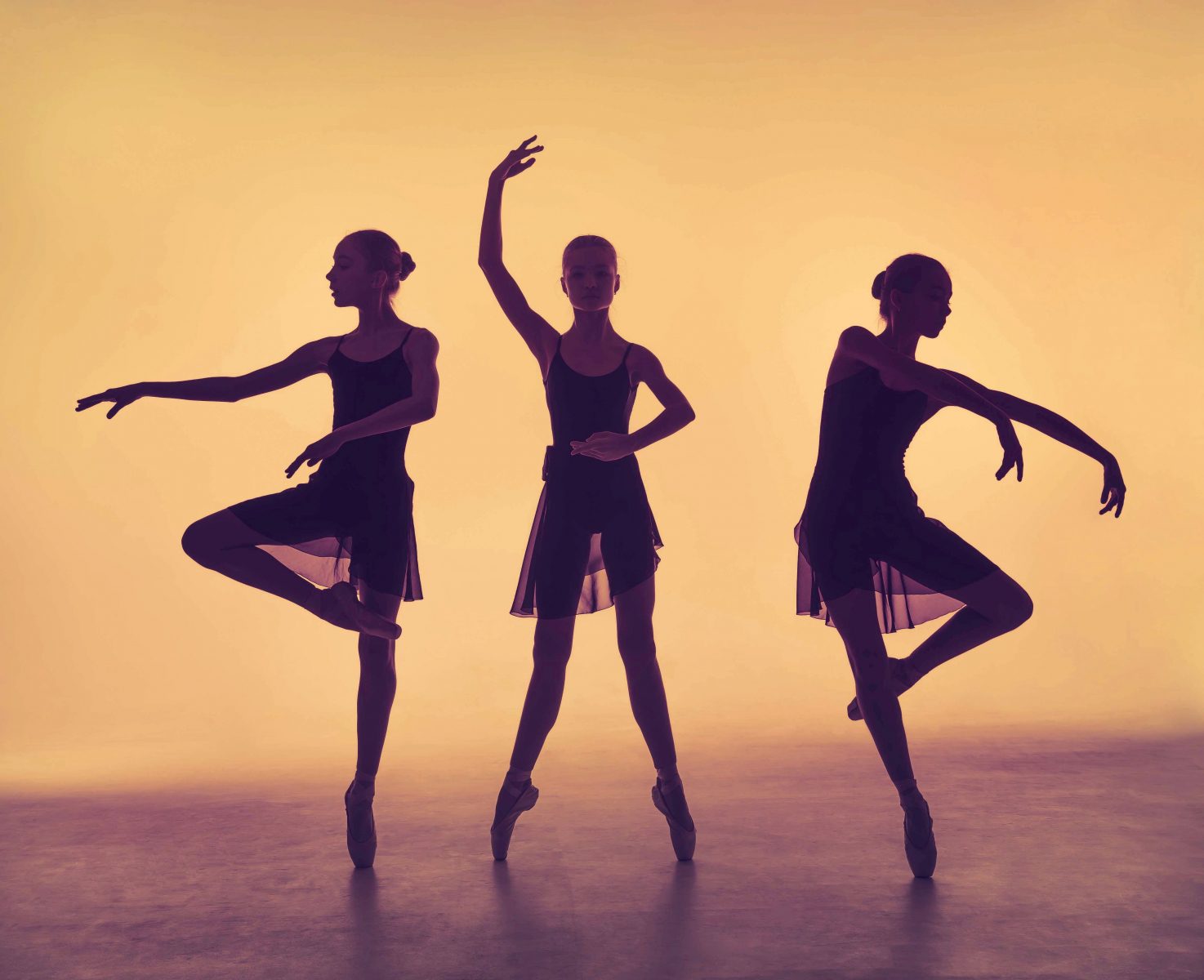