One of the latest murals in the ViBe Creative District at the Virginia Beach Oceanfront is putting out a peaceful message. 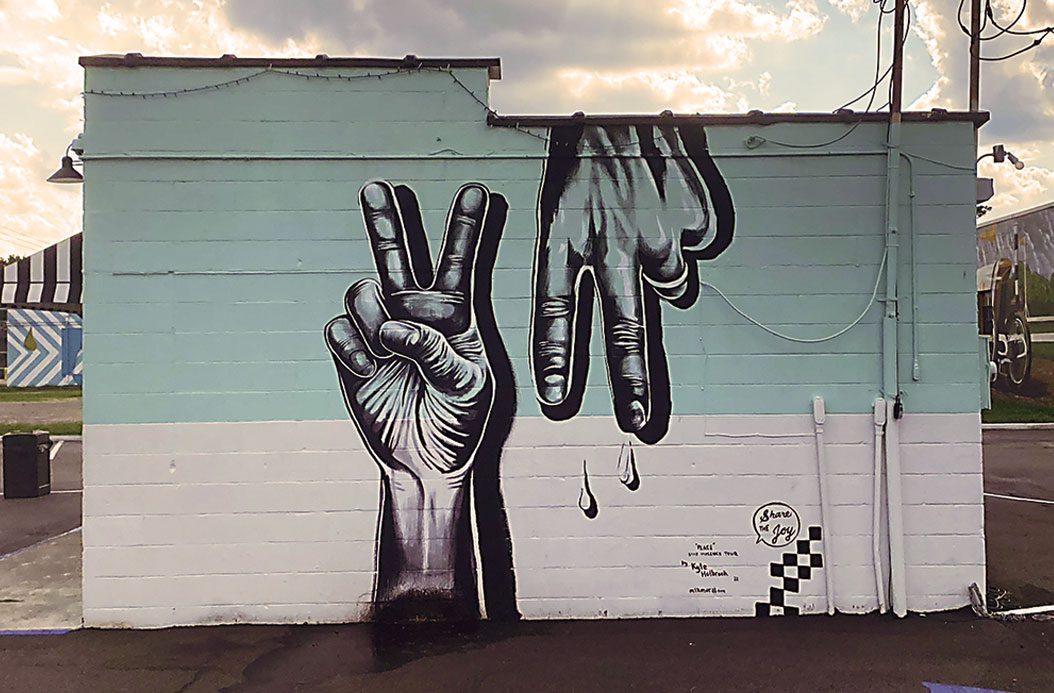 One of the latest murals in the ViBe Creative District at the Virginia Beach Oceanfront is putting out a peaceful message, and you can take it all in as you’re eating a scoop of gourmet ice cream. While it’s meant to inspire those enjoying some fun and family time at the beach, the message from artist Kyle Holbrook is a serious one designed to offer healing and hope.

The mural, titled Peace Virginia and located at popular locally owned ice cream spot Lolly’s Creamery, is part of a Gun Violence Awareness National Tour in all 50 states. Holbrook has lost 46 friends to gun violence, according to a press release, including his best friends and family. “The hope is that people will get selfies with the mural and spread the message of peace and awareness to stop violence,” Holbrook notes.

He created the mural in response to the many recent shootings in Virginia and around the country. It depicts the “two up, two down” Virginia pride symbol in which the “two up” has a dual meaning of “peace.” The mural is sponsored by Moving Lives of Kids Arts Center and was painted by brush using acrylic paints in a contemporary street art style similar to that of Banksy.