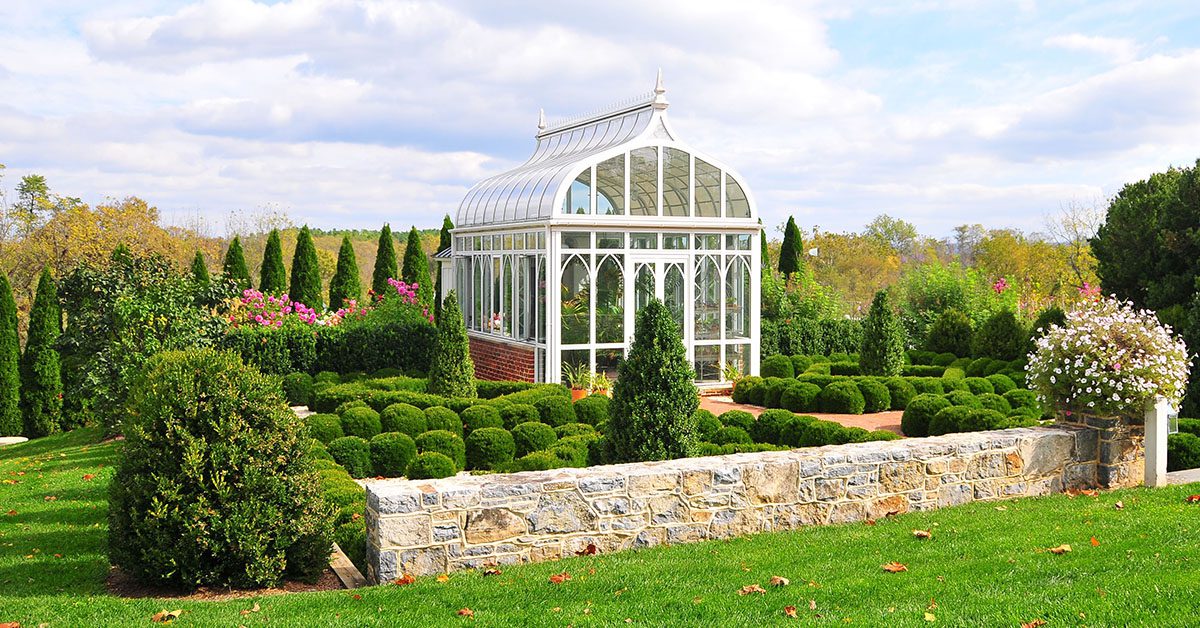 For only the second time in its history, Virginia’s Historic Garden Week was cancelled last year when COVID-19 came calling.

This year, however, the show will go on after months of careful planning. “We knew doing Historic Garden Week in the way we’ve done in the last 87 years was not going to work in 2021,” says Karen Cauthen Ellsworth, director of Historic Garden Week and editor of the guidebook.

Presented by the Garden Club of Virginia, Historic Garden Week will offer 30 tours organized and hosted by 48 member clubs during the week of April 17-24. The nation’s only statewide house and garden tour has contributed an estimated $518 million to state and regional economies in the last 50 years.

While some clubs are still hoping they may be able to provide indoor house tours, each club is ready to make this year’s tour entirely outdoors. They’ve lowered ticket prices, created timed ticketing and are requiring masks.

Ellsworth expects enthusiasm for the tours to remain high. “Gardens have given people a lot of solace in this upside-down, topsy-turvy world,” she says.

The only other time the week-long festivities were cancelled was during World War II, Ellsworth says, noting that funds were sent to London to help restore gardens damaged in bombing raids.

The Garden Club of Virginia has since extended its mission and goodwill to other friends in need, Ellsworth says. After Hurricane Hugo, a donation was made to replant trees in Charleston, South Carolina. After Hurricane Katrina, money was sent to the New Orleans Botanical Garden to rebuild its greenhouses.

The roots of Historic Garden Week date to 1927, when a flower show organized by the Garden Club of Virginia raised an impressive $7,000 to save some of the trees planted by Thomas Jefferson on the lawn at Monticello.

During the past year, funds were distributed to Poplar Forest in Lynchburg for restoration of the roundabout driveway and the creation and restoration of Reveley Garden at William & Mary.

The formal tours began in 1929, benefitting gardens at Monticello, Beatrix Farrand’s Green Springs Garden, Bacon’s Castle, Lewis Ginter Botanical Garden and the State Arboretum in Winchester, among many others.

Since 1920, the Garden Club of Virginia has grown from eight founding clubs to 48 clubs with more than 3,300 members. The efforts of these volunteers, along with the generosity of nearly 150 private homeowners across the commonwealth, make Historic Garden Week possible.

The Garden Club of Virginia’s horticultural programming and flower shows inspire one of Historic Garden Week’s greatest attractions, the world-class floral arrangements by club members featured on tours. An estimated 2,300 will be created for Historic Garden Week this spring.

An added benefit of this year’s ticket will be the inclusion of local restoration sites that benefit from Garden Week proceeds. Bruton Parish Church in Williamsburg, Lee Hall in Newport News, Portsmouth Arts & Cultural Center in Portsmouth and Moses Myers House in Norfolk are examples in Coastal Virginia.

Another plan upended by COVID-19 was a Garden Club of Virginia centennial celebration with renowned floral arranger Paula Pryke of London. The organization is working on having her do a virtual event this year. “We’re definitely trying to find the silver lining in all of this,” Ellsworth said.

Listed here are tour dates and descriptions for Virginia Historic Garden Week 2021, available through the Garden Club of Virginia. Descriptions are included for tours taking place in the Coastal Virginia region.

Ticket prices vary for individual tours. COVID protocols for all events include a mask requirement for all volunteers, homeowners and tour visitors.

Four properties, including one of the earliest domestic structures in the United States that has been continually inhabited since 1652, are showcased on this tour. One is an early Tidewater planter’s home, sprawling over 100 acres and boasting a nearly mile-long river front featuring enormous willow oaks. Another sits well back from Main Street in Mathews behind a sweeping lawn dappled by the shade of mature trees. A third includes a lovely terrace area for entertaining with plenty of room for seating where guests can enjoy garden and water views. A final property began life as an 18th-century icehouse but was converted into a simple retirement dwelling in 1922.

Governor’s Pointe, a land grant made in 1700 by King William, offered rich land, deep rivers and an environment where families could flourish in early Virginia. By the end of 1865, the plantation system was replaced by family farms. In 2003 one of these farms was developed as a community of 141 custom-build fine homes where the property’s mature hardwoods, lakes, marsh areas and river views have been conscientiously maintained. This walking tour showcases a variety of charming outdoor living spaces.

Visitors will be inspired by this self-guided tour of geometric gardens, trimmed topiaries, pristine flower beds and mature shade trees. Learn how to incorporate 18th century landscape details and heirloom plants into your own outdoor spaces. Walking tour includes six Colonial Williamsburg gardens and two historic properties with pleasure gardens, plus access to the Custis Square Archaeology Project. Get ideas for decorating your own outside venues from Williamsburg Garden Club members who will enliven these historic exteriors with fabulous floral arrangements.

The Birdneck Point neighborhood in Virginia Beach, a peninsula in Linkhorn Bay offering picturesque waterfront views, is also a mecca for a variety of birds and waterfowl. Properties featured are newly constructed or renovated, each with splendid gardens. A sixth is a mature waterfront garden lovingly planted and maintained by the master gardener homeowners. Visitors can enjoy a box lunch outside at the Cavalier Golf and Yacht Club, originally created in 1927 to serve the recreational needs of guests of the historic and iconic Cavalier Hotel.

Nestled high on a bluff overlooking the York River, the charming village of Yorktown is the backdrop for a tour that features contemporary and colonial architecture, curated interiors and lovely gardens sure to delight visitors. Two restored, significant structures bring Yorktown’s special place in America’s Colonial and Revolutionary eras to life for the history buff.

On the banks of the Lafayette River, a new section has been added to the Talbot Park neighborhood on grounds that were originally part of a Federal era plantation with ties to the antebellum heritage of southeastern Virginia. Home to the Talbot family for 150 years, the land was gifted to the Episcopal Diocese, then sold in 2015. Today, it represents a blend of Norfolk’s past and future. This walking tour features private properties showcasing both modern and traditional architecture, a shoreline filled with wildlife and charming exterior entertaining areas.

The history of Middlesex County dates to the early 1600s when the first English land grant was given to John Montrum. Filled with small, quaint towns and abundant wildlife, this county on the Middle Peninsula is home to more than 10,000 residents. Many more enjoy it as a vacation getaway. This driving tour showcases properties built as early as 1781 and as recently as the 1990s. All are located near the Piankatank and Rappahannock Rivers. Nearby points of historical interest are located in Saluda, Deltaville and Urbanna.

Explore gardens steeped in history on Virginia’s Eastern Shore, the 70-mile long peninsula where you can view the sunrise on the Atlantic Ocean and the sunset over the Chesapeake Bay. Renowned for its scenic farms, preserved coastlines, seafood and hospitality, quaint towns dot the way north from Cape Charles to the Maryland state line. This driving tour features gardens and properties located in the Southern-to-mid section of the peninsula. Perennial tour centerpiece and National Historic Landmark, Eyre Hall, is an acclaimed ancestral property displaying some of the country’s oldest continuously maintained gardens.