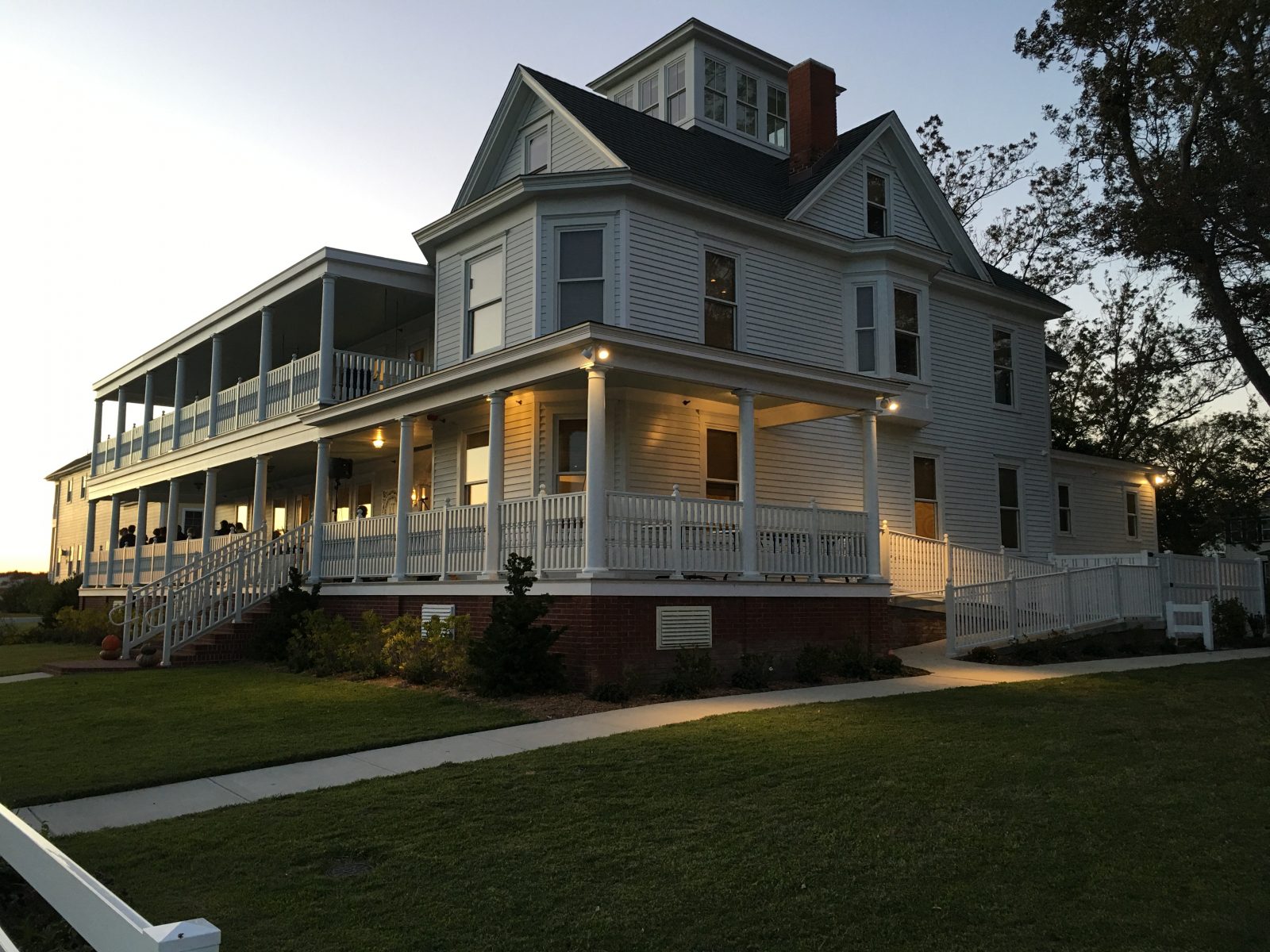 Midway along Route 13 at the northern end of the Chesapeake Bay Bridge Tunnel lie the expansive farmlands and sparkling watersheds of Virginia’s Eastern Shore. The humble thoroughfare is dotted with local motels and diners, farmhouse-style antique shops and a mix of seasonal produce stands.

Unbeknownst to most Route 13 travelers, just beyond these peripheral attractions are the prosperous vines and award-winning blends of some of Virginia’s most critically acclaimed wineries. The Eastern Shore AVA has gained significant traction in the state’s wine community in recent years and is largely celebrated for its distinct, bayside savors. 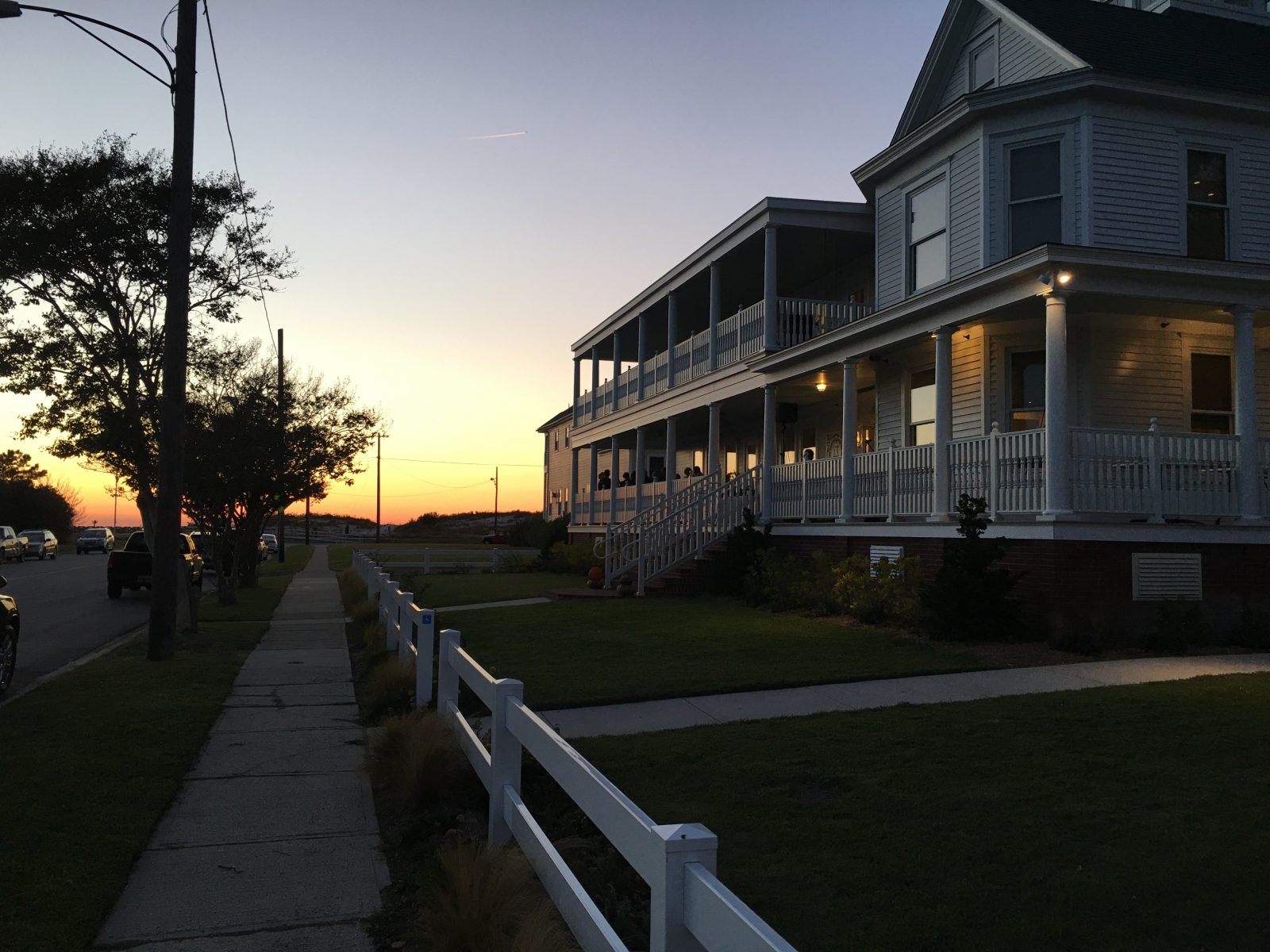 As the sun set over historic Cape Charles, we climbed the steps to Northampton Hotel’s sprawling front porch. There, we were greeted by a number of prominent figures in the wine industry including Jon and Mills Wehner, owners and winemakers of Chatham Vineyards, Doug Flemmer, owner and winemaker of Ingleside Vineyards, and Director of Marketing Michael Kimball of The Williamsburg Winery.

We then mingled on the porch and got our first taste of Harvest Party eats. Paired with four oyster varieties were Chatham’s Church Creek Steel Chardonnay and Ingleside’s sparkling Virginia Brut. Each varietal flaunted the unique textures and subtleties specific to the Eastern Shore region. Since most Eastern Shore vineyards border the Chesapeake Bay, their soil is ridden with sand and exudes a refined salinity. This delicate combination of grit and brine surfaces in the grapes and gives Eastern Shore blends their distinct minerality and alkaline slant that pair flawlessly with local cuisine.

The steel white, in particular, showcased the sandy loam and layers of clay present in Machipongo’s soil while the sparkling revealed the crisp and delicate textures of local Chardonnay grapes. 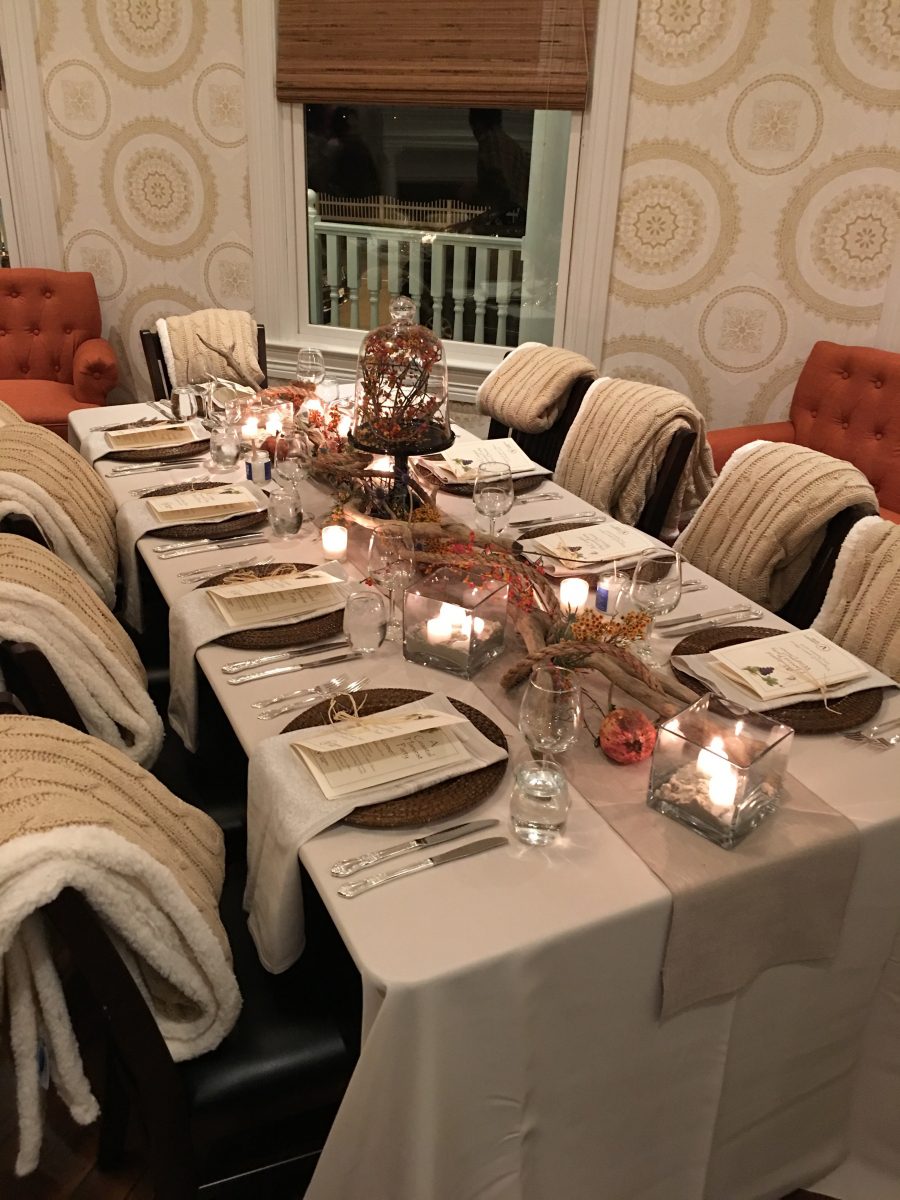 Educating us on the history of Eastern Shore gastronomy was Dr. Bernard Herman, a distinguished professor of Southern Studies and Folklore at the University of North Carolina Chapel Hill. He, along with the winemakers and Chef Amy Brandt, introduced us to several coastal traditions and budding food trends that have helped to shape the identity of the peninsula. 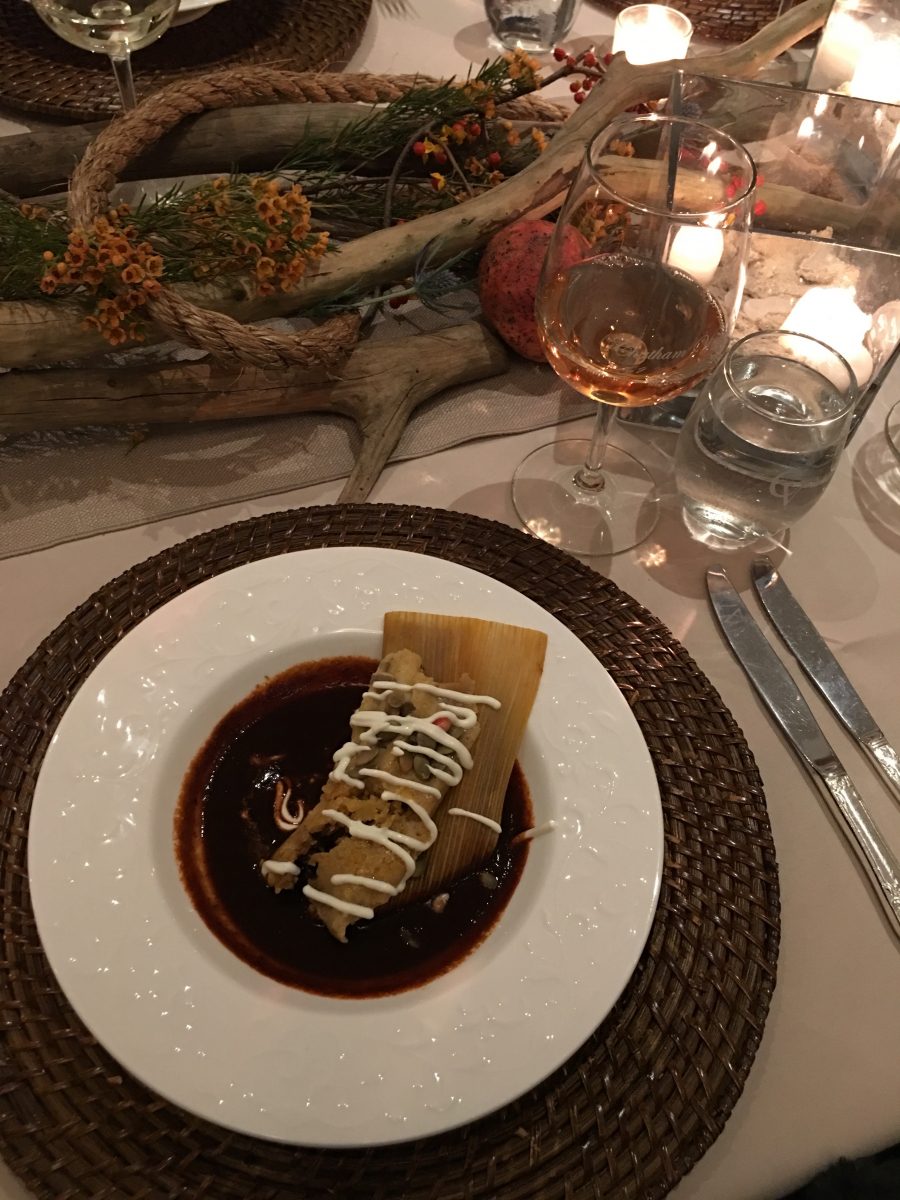 While the tamale was rather simple in flavor, it was elevated by the pop of fruit and distinct minerality of the Church Creek Rosé. The pour boasted a soft pink hue crafted from a blend of Merlot, Cabernet Franc and Cabernet Sauvignon. 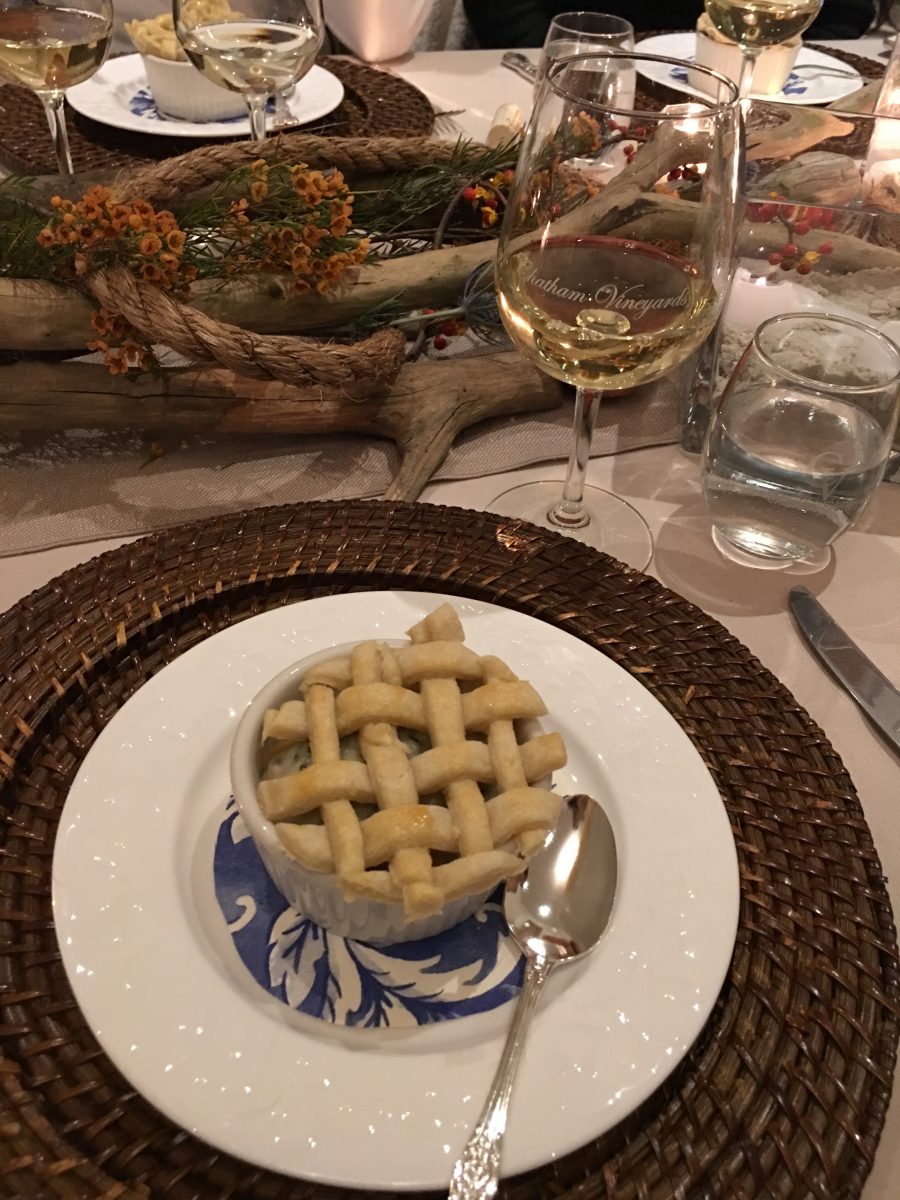 Dr. Herman said that in order for an oyster pie to be deemed authentic, it must be prepared with a buttery lattice crust. The seaside potpie is one of the oldest dishes in North American history and was once considered a poor man’s meal. It is now a favored comfort food of many Eastern Shore residents.

Both Williamsburg whites brought a weightlessness to the dish that juxtaposed the heavy textures of the pie’s potatoes and oyster. They breathed subtle tropical notes and settled nicely on the tongue. 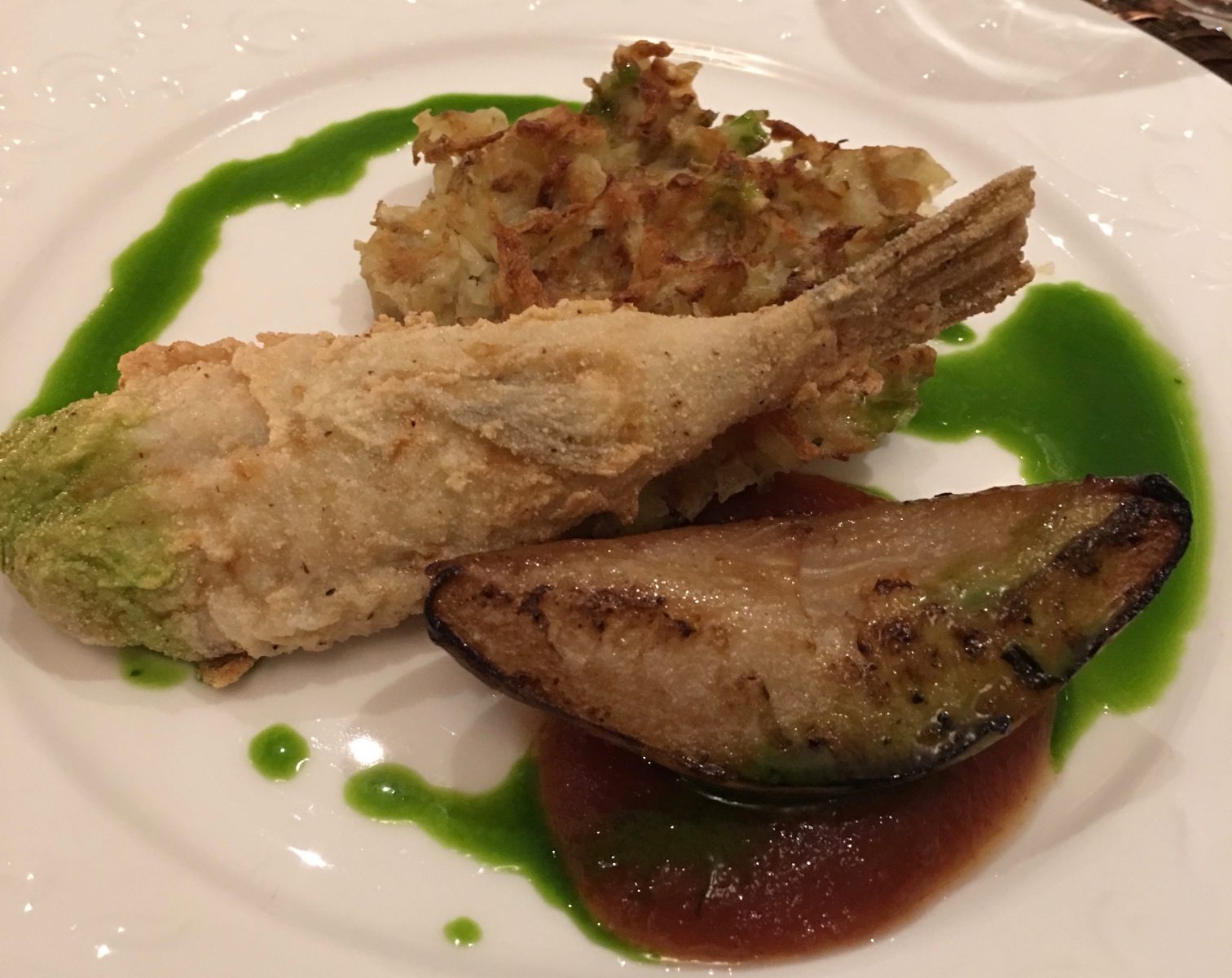 Like the oyster pie, fish and pancakes were a traditional Eastern Shore spread for fishing families. The sugar toad, encased in a lightly fried batter, was perfectly flaky and moist. The fried pear brought a touch of fruitiness to the dish while the potato fritter anchored the plate with warm, familiar flavors.

Albariño is one of Ingleside’s oldest and most popular wine varietals and has been largely successful in part by the rainy and humid climate of Virginia’s Northern Neck. The region’s heavy soil also gives the wine depth and body. 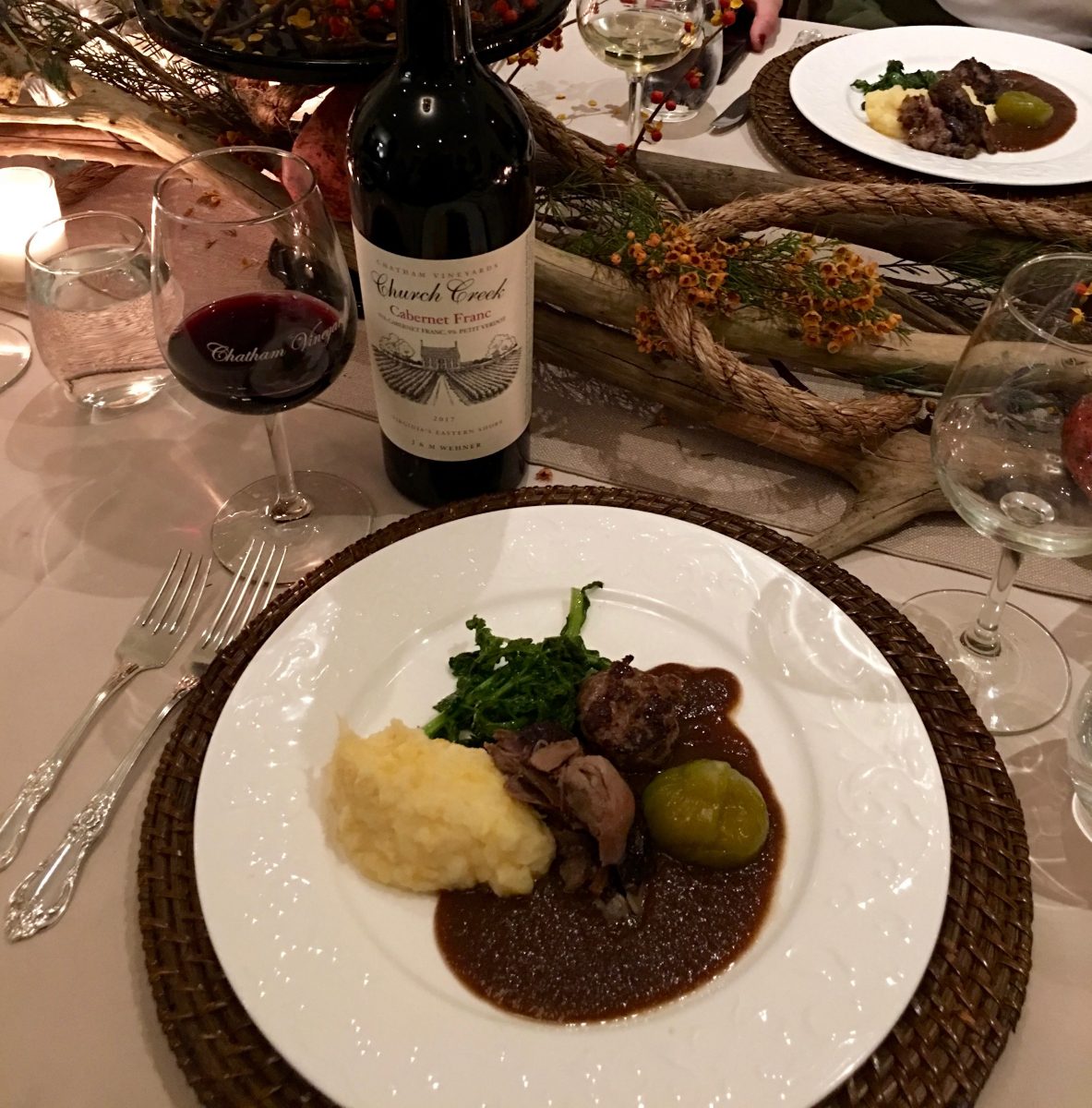 A rare breed of sheep was introduced to the barrier islands during the early 17th century and was a staple in coastal cuisine. Hog Island Mutton was often served as a Thanksgiving specialty along with fresh figs that Grover Cleveland himself frequently enjoyed.

Kimball introduced the Adagio as having a slower pace that was perfectly fit for lamb-centered dishes. The 2015 vintage is a delicate blend of Cabernet Franc, Petit Verdot, Tannat and Merlot. The Church Creek cab, however, boasts a fine, tannin texture that settles easier on the tongue. Ingleside’s Red Blend served as the happy medium offering a smooth and mellow sip. 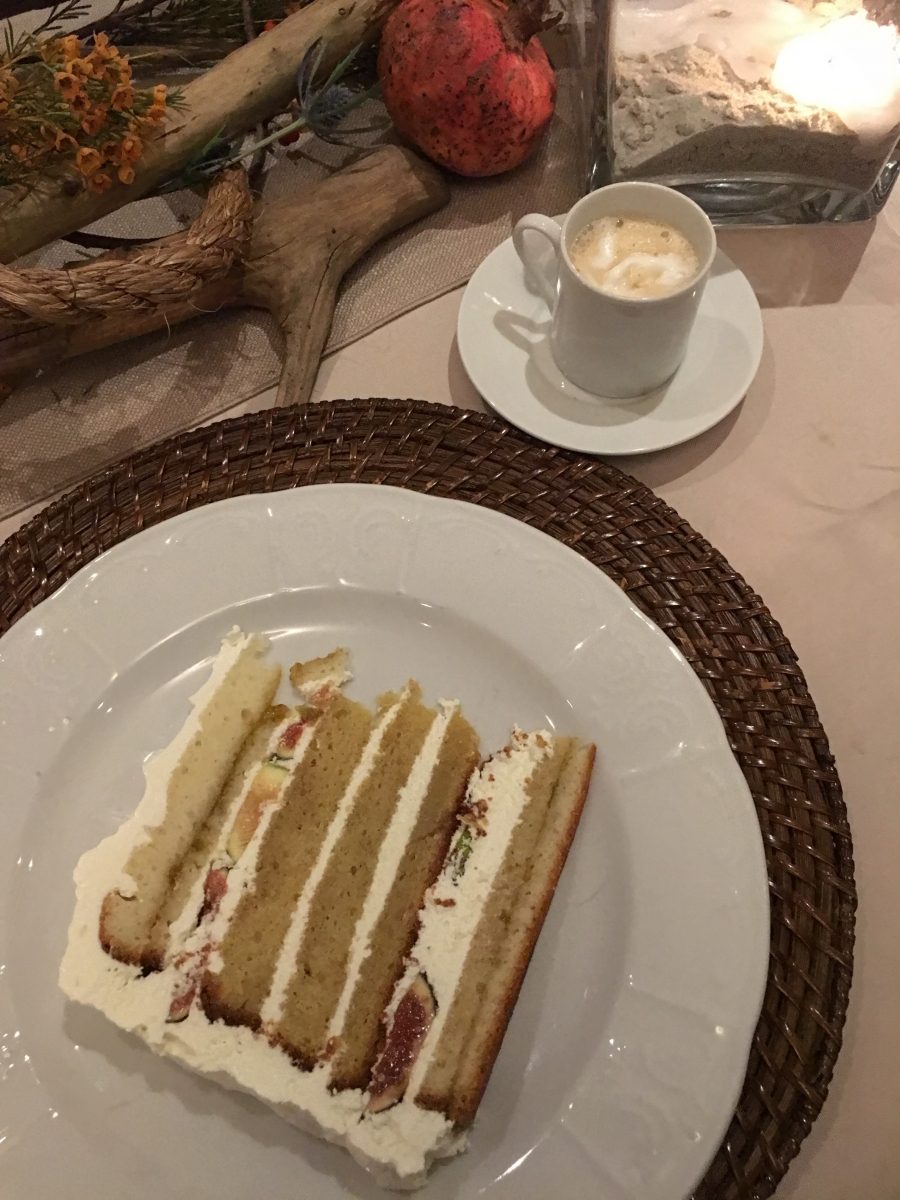 As a summation of the Harvest Party, the fig cake was colorful, sweet and rooted entirely in tradition. The subtle notes of honeyed sweetness from the fig paired wonderfully with the raisin highlights present in the fortified dessert wine. The mead, a one-of-a-kind honey grape wine, was fragrant and easy to drink. Its three varieties of honey complemented the velvety frosting and fresh fig.

Now at the tail end of Virginia’s 30th October Wine Month, the Commonwealth introduces November as Virginia's Eastern Shore Wine & Brine Month. Towns throughout the Eastern Shore celebrate with special food and wine pairings, and of course, lots and lots of oysters.