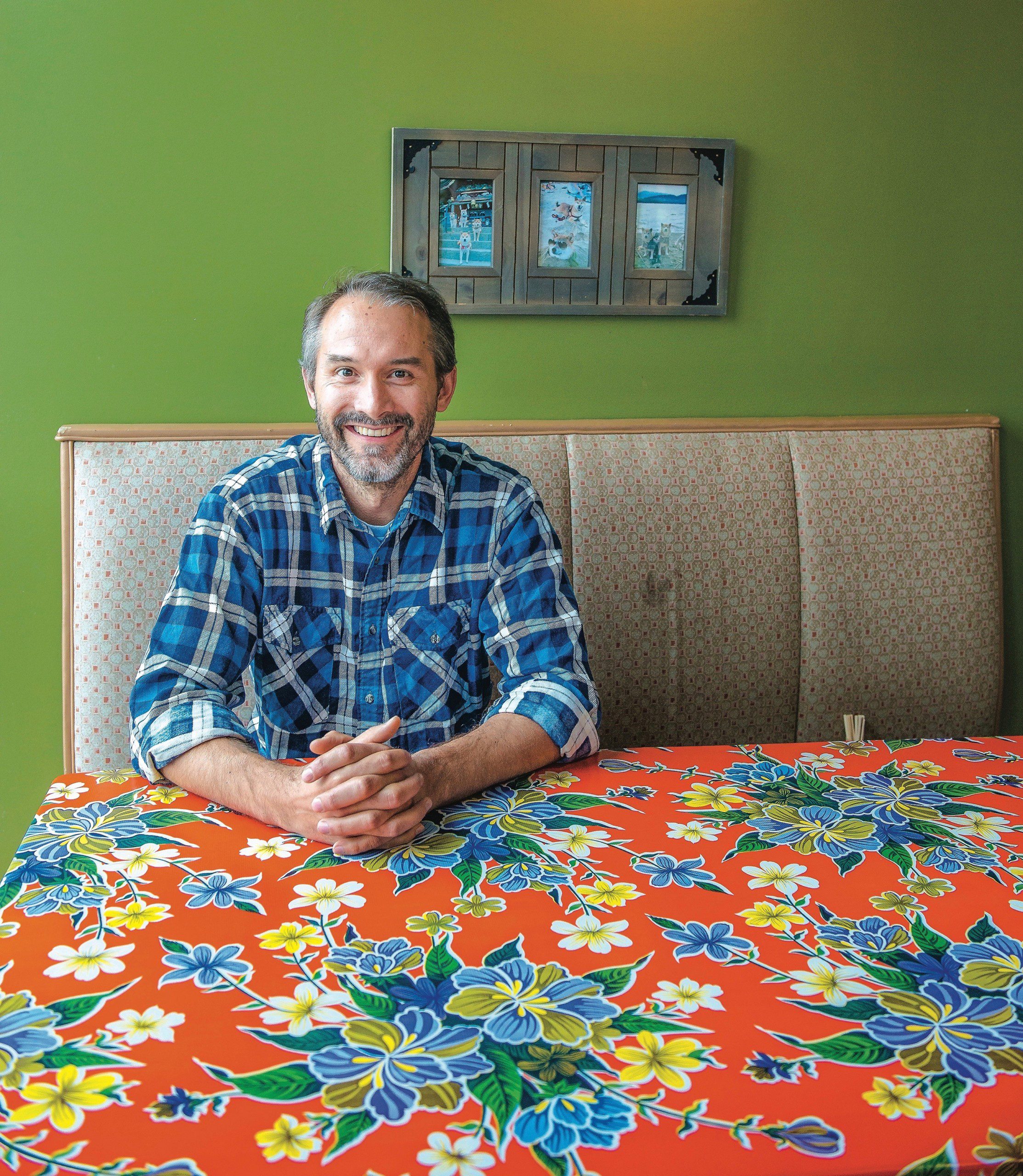 David Hausmann moved to Coastal Virginia with his family when he was 8 years old. He went on to graduate from James Madison University with a degree in Cell Biology and was considering going for his doctorate but wanted to investigate his options more closely before committing seven years of his life to that pursuit. So, he took a job at the University of Virginia as a research technician in a surgical oncology research lab.

“While I was fascinated and curious about the subject, I noticed that the way it worked as a career was devoting yourself to some tiny, little nuance. It just didn’t sound very breathtaking to me,” Hausmann says. “Looking at the whole subject was breathtaking, but then knowing the significant properties and the ins and outs of one tiny little protein, in one particular type of cell, under one particular type of condition was too narrow for me at the time. Now I would say that I’m much more interested in those types of very specific nuances of life. But when you’re 22, I was thinking, ‘I don’t know if I can commit to something like this.’”

After doing that for 18 months, he decided to do some traveling in his quest for less specialized skills that would bring him closer to the components of a community that he couldn’t realize looking through a microscope. He did some construction work. He did some restaurant work, adding to what he had learned when working at restaurants while in high school. He did some music and video production. Then, after two years, he returned to Norfolk and opened a record store—Relative Theory Records on Granby Street—with a high school friend, Joshua Wright.

“During those days when we were coming up with the business model, I was thinking how to create something that would fund my exploits,” Hausmann says. “After opening your own business, you realize that’s impossible unless you’re a national success. So, then I became obsessed with running the business.”

As fate would have it, the store opened the same year iPods were introduced. After four years of trying to keep profitable by concentrating on the used CD market and investing any profits right back into the business by hiring bands and adding baked goods and coffee to their product offerings, they let the store go. “It was basically a wonderful strategy project for any MBA major to point out all the red flags as to what not to do,” Hausmann jokes.

However, Hausmann and Wright had a third friend, Brendan Vesey, who worked with them in the restaurant business in high school and was at the time working as a cook at Blue Talon Bistro in Williamsburg. When the opportunity appeared to buy a turnkey restaurant that had recently closed, the three friends jumped at the opportunity. “We always felt like the shows we had at the record store would perform in a more profitable sense if we had a bar,” Hausmann says. “And we knew if we had a bar, we had to sell food, so we followed the paradigm.” That restaurant was The Boot, and they ran it for five years before closing it due to irreconcilable differences with the landlord.

“At this point, we were thinking, ‘OK, this is the arena you’re in. What are the boundaries, and how do I push them?’” Hausmann recalls. Unfortunately, the search for a new location was exhaustive, and Wright lost faith in the business, so they parted ways business-wise. Hausmann then partnered with his brother-in-law, John Porter, who had a commercial cleaning service but didn’t want to devote 40 hours a week to it.

“We started dreaming up different ways that we could participate in the restaurant industry and see it grown into new things that we had seen in bigger cities and thought were fun and could benefit Norfolk and Coastal Virginia,” Hausmann says. “We also had a well-developed love of things that spoke to our area in the tradition and heritage of southern food and coastal food.” Eventually, this thinking manifested itself into Handsome Biscuit.

During the same time they were trying to get Handsome Biscuit optimally operational, Hausmann was in the running for a restaurant space that Grow Interactive was providing as part of their collaboration with Downtown Norfolk to accelerate neighborhood-defining businesses. That space is now called Field Guide.

Their third restaurant, Toast, came shortly after. “They say nostalgia is a powerful drug,” Hausmann says. “We wanted to be able to think about the things we enjoyed as kids and our parents talked about enjoying, in foods that even our grandparents made us. Toast seemed like the perfect vehicle.” Hausmann says their company has been obsessed with baking—making their own biscuits, rolls and bread from scratch. “This particular carbohydrate doesn’t seem to want to leave us,” he says. “We felt like we could knock Toast out of the park with simple recipes like cinnamon sugar toast or butter and jam to a tuna melt or open-faced sandwich.”

So, what’s next on the horizon? Hausmann and his partners have already started scouting locations for a second Handsome Biscuit. “We want the company to get a little stronger, and that only happens when you don’t have to create a new wheel and put so much energy into new processes, new menus, new chefs and new staff,” he says. But for Hausmann, cooking up new ideas just seems like a natural part of him, a constant hunger to create something exciting and different. “We’d love to do a sushi spot and make that something that people don’t expect. We’d love to do a curry spot. A Jewish deli,” he says. “All those possibilities. Those are things that, hopefully, we get to someday.”