Those who come to Peninsula READS come from all walks of life, each with aspirations for making a better life for themselves by achieving their goals and seeing their dreams come true. For many of us in Coastal Virginia—and the United States—we are not aware of the severity of the issue of not being able to read, or the problem’s implications for poverty, crime, unemployment, health issues and socialization.

The statistics are alarming—the National Assessment of Adult Literacy found that over 30,000 people on the Peninsula (roughly 12 percent of the population) have been deemed to have low-level literacy skills. Further, the Virginia Association for Adult and Continuing Education (VAACE) found in a 2010 study that 43 percent of adults with low literacy live in poverty, 70 percent of adult welfare recipients have low-level literacy skills, and the United States could save up to $10.8 billion by improving educational attainment for those living in need of assistance with housing and nutrition.

These problems place an even greater emphasis on the fundamental importance of education and how literacy skills can change the circumstances of a person’s life. It was also these same problems that made it a realization and call to action for members to volunteer at Peninsula READS and help give back to those who live in our community.

“It was astounding to me that we have the numbers of people in the Hampton Roads area and on the Peninsula that don’t have the ability that a lot of people take for granted,” shares Peninsula READS Executive Director Paula Bazemore. “I was just taken by it, and I wanted to be a part of it. The volunteers come here, they know it’s not a short-term assignment, and they’re invested in trying to make that difference in somebody’s life.” 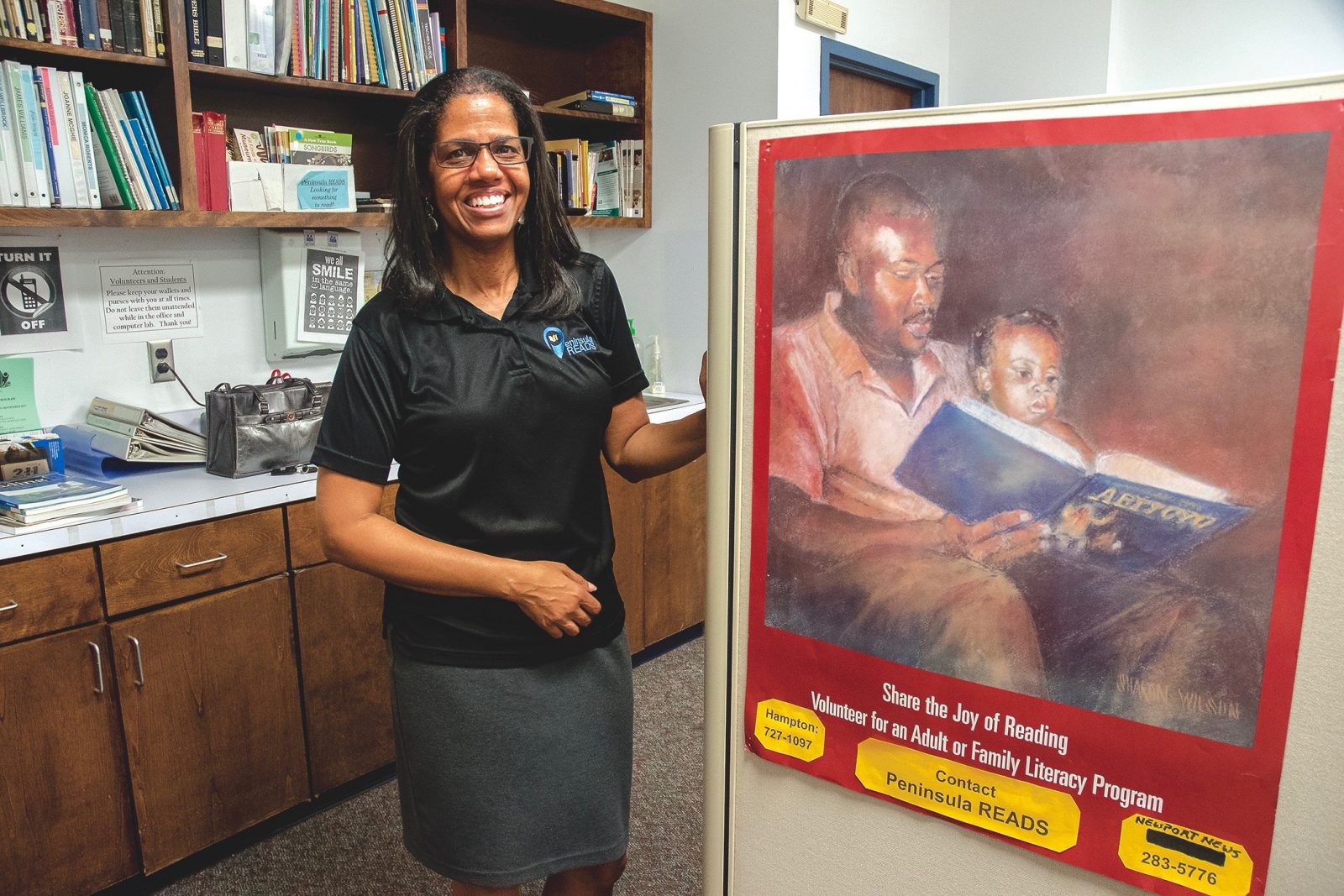 Peninsula READS serves 250–300 people per year at its Newport News and Hampton locations, where they teach Adult Basic Literacy, courses for English Speakers of Other Languages (ESOL) and offer a U.S. citizenship course. The literacy learners are all adults, facing adult challenges and have responsibilities involving their families and job situations.

I sit in on a one-on-one tutoring session at the Hampton Library location of Peninsula READS, witnessing for myself the impact that is made when a person is learning to read for the first time in their life. The Adult Basic Literacy learner, who wishes to remain anonymous since he is actively involved in the community, practices workbook exercises, carefully reading line by line along with a gracious tutor.

I discover while I’m there that many of the older learners who arrive at Peninsula READS are just like him, coming from similar circumstances where they have worked, retired and gotten by without learning how to read. “They had their own mechanisms of survival, and at this point in their lives they’re coming back and saying, ‘Hey, I need to learn this,’ or ‘I need to be able to read to my grandchild,’” says Khristina Reid, basic literacy coordinator for Peninsula READS. Commonly, the learners work full-time jobs. Some have their own businesses and surround themselves with people who help them get through challenges. In some situations, however, they hide their low literacy skills from their children, family members, friends and colleagues. “For people in the United States, it is still a huge stigma, and I applaud every single one of them that crosses the threshold, and for whatever reason, something in their life has changed,” remarks Bazemore. “They have finally had enough and want to change their life. They want to learn how to read, and that’s a huge accomplishment.”

In these one-on-one lessons, learners are given the individual attention they need, in an environment where they feel comfortable and can ask questions and speak up about what they wish to accomplish. Bazemore indicates that for volunteers, it takes “patience, a sense of humor, a willingness to be committed,” to make a difference. But seeing the learners succeed proves to be the most powerful and rewarding aspect for those lending a hand at the organization. “Seeing those little milestones that you and I would probably take for granted … those are huge, major accomplishments that catapult them into going forward and completing their big long-term goals,” shares Reid.

Randolph Tyler, a Peninsula READS learner in his early 70s, with children who have all graduated from high school, never obtained his own high school diploma while growing up. One day at the library, he found the program’s brochure, worked with one of the nonprofit’s tutors and enrolled in a high school equivalency program. Now he is a testimonial speaker and success story at Peninsula READS.

To develop a greater understanding of another key program the nonprofit offers, ESOL, I visit Peninsula READS’ Newport News location. Upon entering their office, I can’t help but notice a large map of the world on the wall, covered in pushpins marking countries and signifying how far learners have come to achieve their goals. It also gives me a reminder of the vast diversity of Coastal Virginia and the different communities of people who are making new lives for themselves by learning to read, write and speak in English. 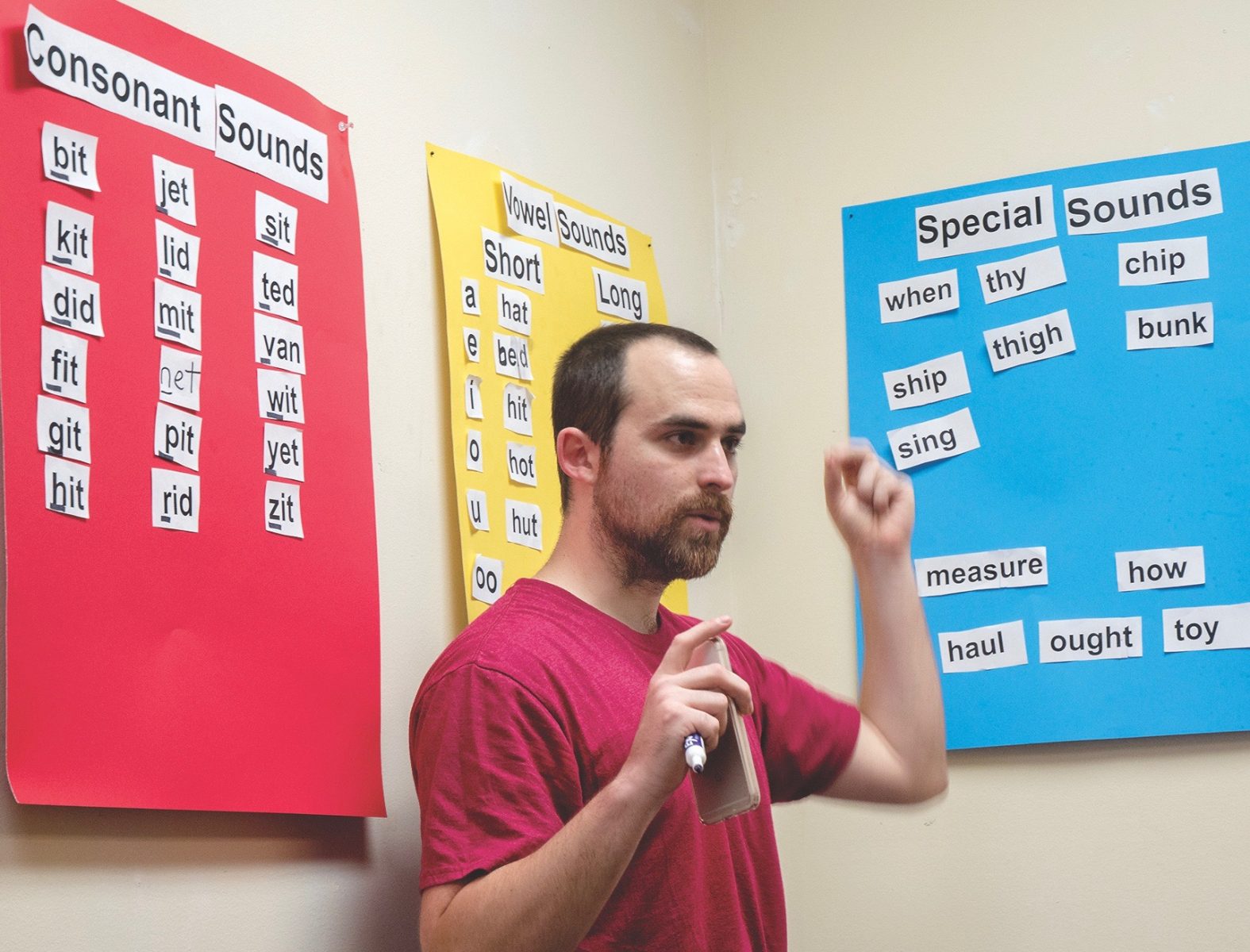 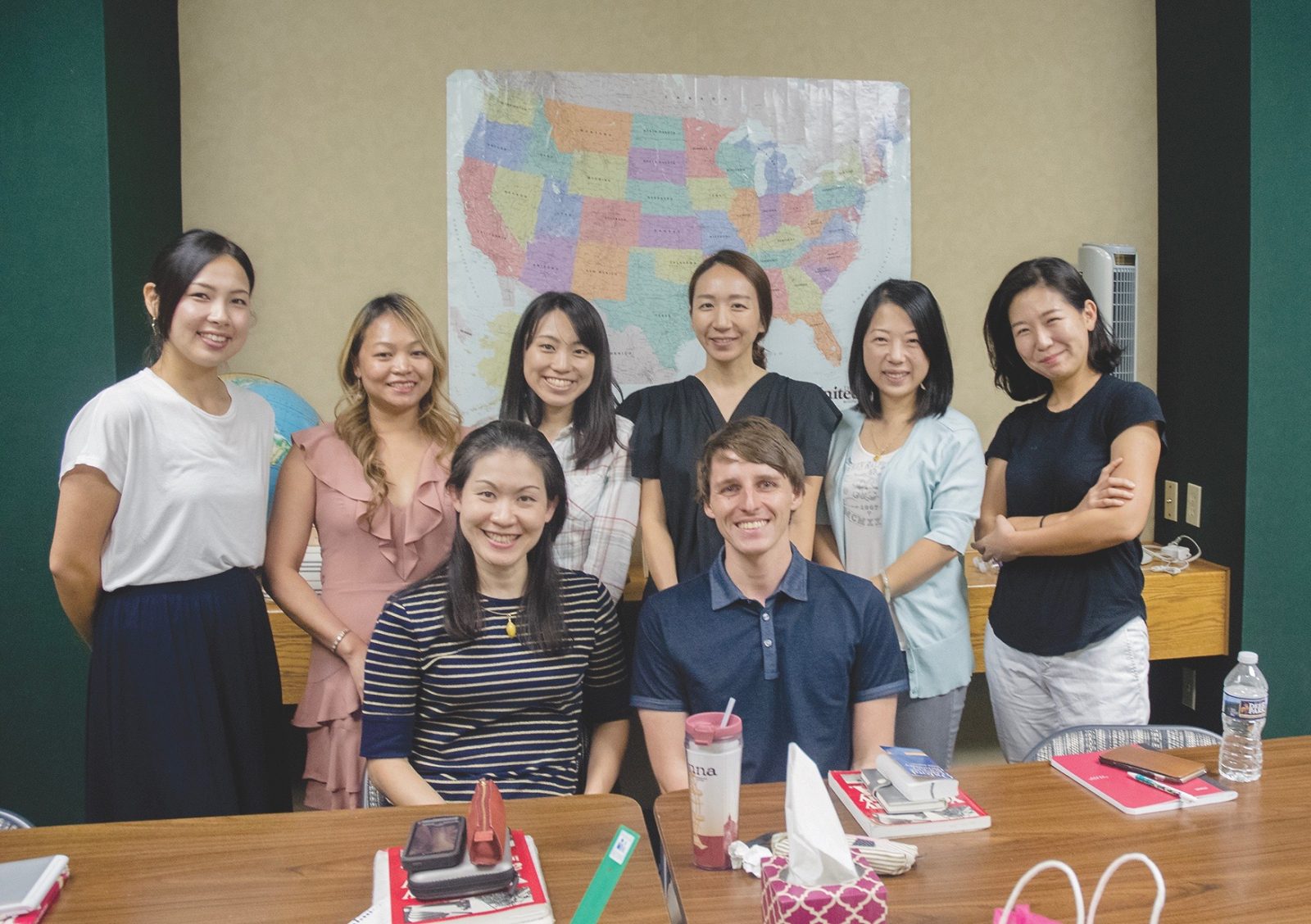 The Newport News office, which is strategically located near public transportation for ease of access and also works with refugee resettlement organizations, teaches beginner, intermediate and advanced level courses for those who have immigrated to the United States and are learning English. Many of these students come from countries where they have advanced degrees—some are even doctors—but lose those credentials when they move to the U.S.

I observe and participate in several of these courses with class sizes of no more than a dozen, learning something myself from the students and instructors, watching how excited they are to learn, completely captivated by workbook exercises and full of wonder during the day’s interactive lessons. Students from South Korea, Italy, Guatemala, Japan, Brazil and China are all there together, smiling, laughing and encouraging one another.

The success of the program proves to have a significant impact for these students and their socialization, and as a result, they form friendships and are better engaged in everyday tasks.

Their determination to make their dreams come true comes with a profound effect, especially for those who are giving back. “I feel extremely fortunate to be here,” Bazemore says. “This is a phenomenal place.”