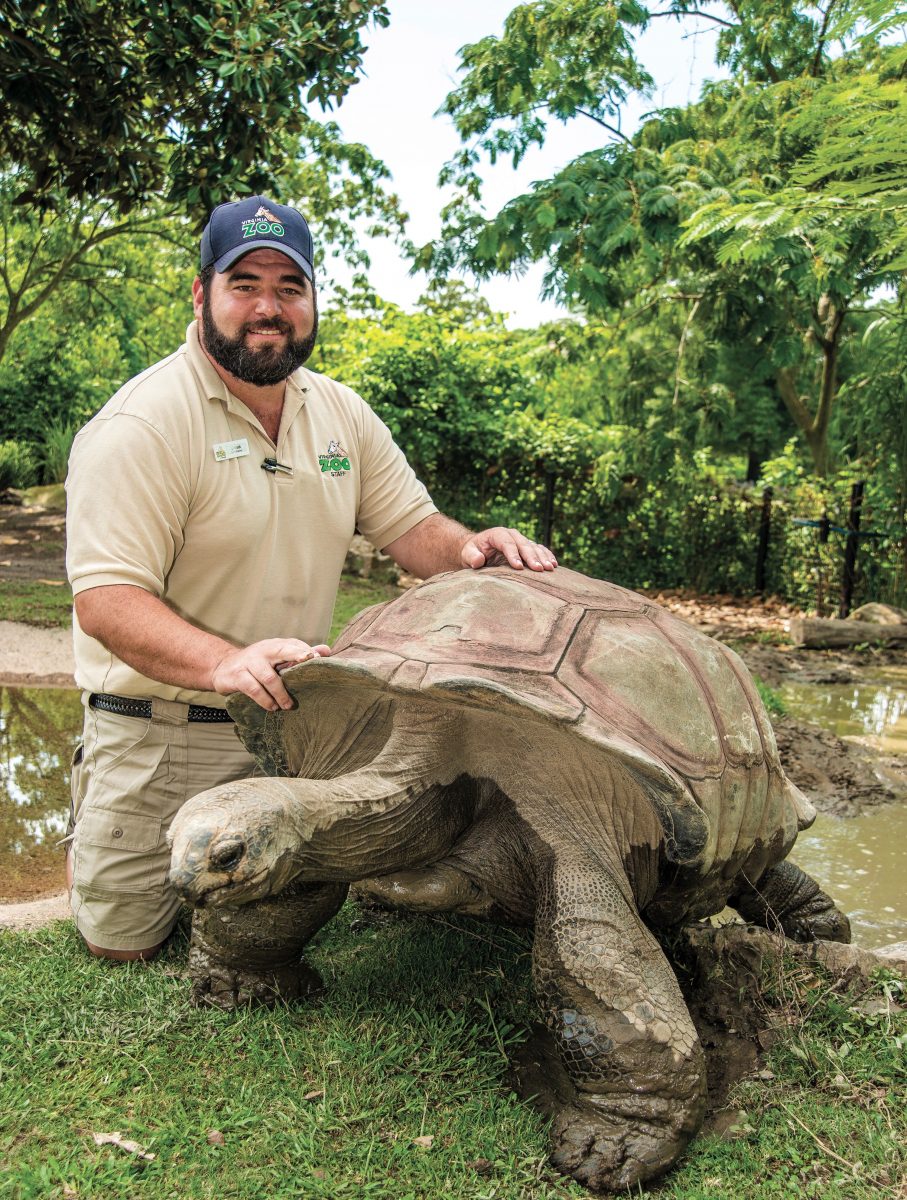 With wild animals of all shapes and sizes, scales and feathers, the Virginia Zoo is considered home for a distinctive collection of inhabitants—including Lead Reptile Keeper Dennis McNamara.

McNamara Grew up catching garter snakes, box turtles and bullfrogs, then gained an interest in working with animals from a high school biology class. One evening, after watching a guest handling reptiles on “Late Show with David Letterman,” McNamara pleaded with his parents to bring home his own cold-blooded friend. He began with three small leopard geckos and worked at a local reptile store before he was approached by the Virginia Zoo’s then-reptile keeper to apply for a position at the zoo.

While McNamara’s original plan after graduating from Old Dominion University with a Bachelor of Science in Psychology was to pursue a teaching degree, he discovered that his position at the zoo allowed him to teach others about animals. He's been at the zoo for over 17 years now. “Watching animals grow, breed and thrive is very rewarding and makes all of the hard work worth it,” he shares.

As a member of the Association of Zoos & Aquariums, a nonprofit dedicated to the conservation of wild species, the Virginia Zoo has been involved in numerous projects to protect animals in their natural habitats. McNamara has undertaken hellbender salamander research in North Carolina and has worked with the Turner Foundation’s efforts to reestablish America’s largest land reptile, the Bolson tortoise, in the New Mexico wild. He helped build a 200-foot pen that houses 10 3-year-old Bolson tortoises so that one day they can set out on the land and attempt to bring back the species. “Doing projects like that really makes you look at the world as a whole,” he says. “Everything affects everything.”

Crawling, climbing, leaping and slithering, some of McNamara’s work companions include pythons, boas, Chinese crocodile lizards, green tree monitors, Fiji banded iguanas, turtles and tortoises, frogs and other creatures. Over 300 reptiles and amphibians currently reside and frolic at the Virginia Zoo, with more joining McNamara soon during the expansion and opening of the exhibit, World of Reptiles.

World of Reptiles, opening in 2018, will allow guests to come face to face with reptile giants, watch hatching and newborn reptiles being nurtured and raised, and become immersed in a floor-to-ceiling marsh habitat of the Orinoco crocodile. Learn more by visiting VirginiaZoo.org.