Photos courtesy of The Stockpot

While tapas—those eminently social and shareable small plates popular from Madrid to Málaga—seem to have found a permanent place on many American menus over the last couple of decades, Spain’s beloved national dish is a little harder to come by unless you make it yourself. But, thanks to The Stockpot in Virginia Beach—known for its house-made stocks, soups, comfort foods, healthy plates, popular ramen nights, craft cocktails and more, paella is in the casa on the third Thursday of every month.

Associated most notably with the country’s Valencia region, paella is a classic Spanish dish of saffron rice, chorizo, chicken, seafood or rabbit, typically cooked and served in its own signature wide, shallow metal pan until it forms a socarrat or crusty, crispy bottom packed with layers of flavor. Like other dishes with rich cultural traditions, there are as many interpretations of paella as there are cooks to make it. The Stockpot’s parlay into paella began with a former chef who had a passion for it, says Stockpot General Manager Amber Kostka, but it has become a hit with patrons.

“We used to do something called Mussels & Music,” Kostka remembers, “so we wanted something similar that was shareable and fun. It’s a great event for a girls’ night out or a date night. And everything is made to order.” At Paella Night, come prepared to sip Spanish wines or a glass of sangria while you wait: “Made to order” means each paella entrée—in sizes for either two or four diners—takes about 30 minutes to make. 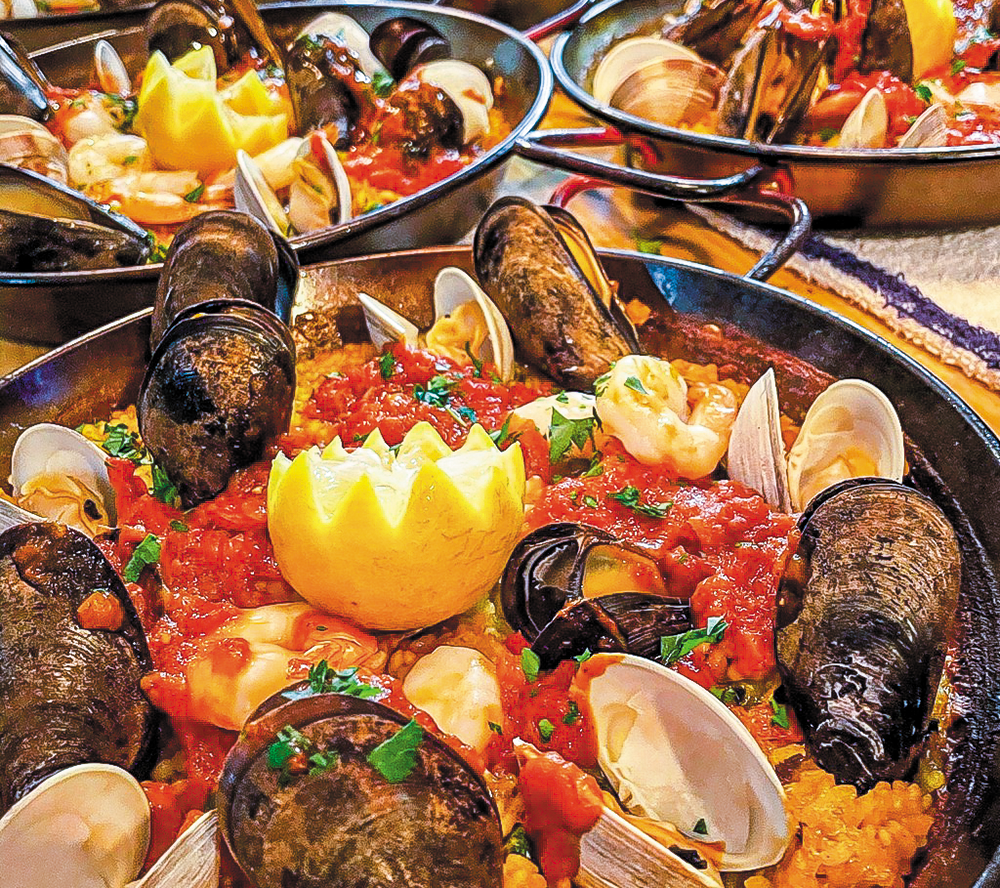 Paella variations offered on the menu change from month to month. But a recent one included a Paella Valencia with clams, mussels, shrimp chorizo, sofrito, saffron fish stock and garlic aioli as well as a vegetarian Paella Verduras with roasted red pepper, olives, chickpeas, zucchini and saffron vegetable stock. And there’s no need to go hangry while you wait for the main event: Paella Night includes seasonal appetizers like patatas bravas, clam toast, shrimp ceviche, tomato tart and more. Salud!