Self-professed sneakerhead, former trumpeter and now award-winning chef, fun-loving Kyle Fowlkes brings the goods and the personality to every dish 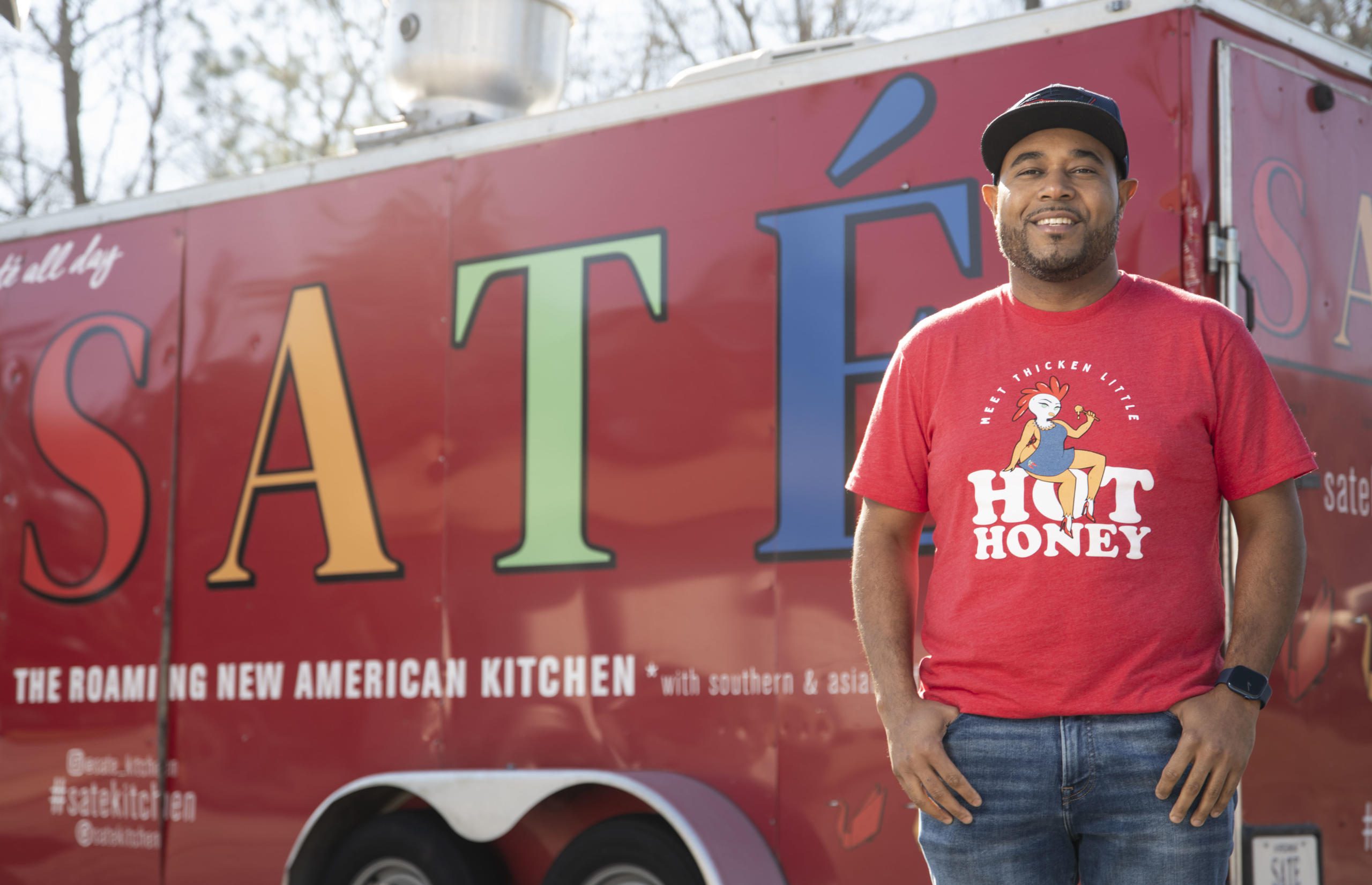 Chefs often have vanity plates on their vehicles that say things like COOK4U or FOODGOD. The tags on Kyle Fowlkes’s splashy blue BMW convertible: SNKRHD. 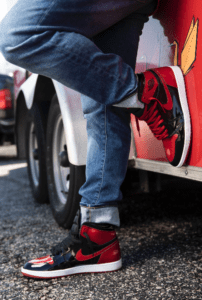 “I love to cook, but I’m obsessed with sneakers,” explains the 42-year old sneakerhead. Following 12-hour days on his feet in the local food truck he launched in 2020— Saté, The Roaming New American Kitchen—he shucks off his Crocs and slips into one of 250 pairs.

It may be his “sole” mania, but not his only. He’s an all-around sports fanatic in awe of Michael Jordan and, being born in Massachusetts, New England-loyal. And he’s got a thing for Gummi Bear Cubs. “Not Gummi Bears,” he stresses. “Cubs are a thousand times better. I got all my friends addicted, too.”

That gusto greets you through the window of his “look-at-me red” food truck. Order Nana’s chicken sandwich, saté of the week (a meal on a skewer) or mac and cheese egg rolls and he’ll throw in a side of jovial banter, emitting such radiant heat that you wonder if he even needs to fire up the burners.

Still, cooking wasn’t Fowlkes’ first passion. Music was. Through middle and high school in Newport News, where his mom was recruited to teach, he was a trumpeter. All-Virginia Band. First chair. Drum major at Warwick High.

He had his heart set on studying music at Florida State. “I used to watch their football games all the time and they had this huge marching band. I wanted to be in that band,” he remembers.

“But I was an only child, single-parent household, and education was super important to my mom. So she said, and this is typical Kimberly Fowlkes, ‘Here’s the deal. You can go to Florida State, but first go to CNU for a year and prove that you’re going to be serious about your grades.’ So I said, ‘OK. But here’s the deal. I’ve got to stay on campus.’”

He wanted the full college experience. And man, did he enjoy it. So much so, he was on academic probation by the end of freshman year.

He left school and swapped a part-time job for full-time at Busch Gardens. By 19, he was Festhaus kitchen manager, pumping out “ridiculous” amounts of German potato salad, red cabbage and bratwurst.

“I loved it!” he gushes. “There are so many similarities between culinary arts and music.”

The rush. Transcendence. Instant gratification. He was grooving until, a few weeks before his 21st birthday, his mom died. His grandparents—Quintin Fowlkes and Carrie Lee Bailey Fowlkes (“Nana” of chicken sandwich fame)—helped steer him, and he completed college at Johnson & Wales University.

He soon became sous chef at Embassy Suites by Hilton-Hampton Convention Center and, three years later, was promoted to executive chef at 28, overseeing a 30-person team and $7 million dollar food goals. His creativity and charisma, tinged with an endearing cockiness, propelled him to local stardom on WAVY-TV 10’s Hampton Roads Show and at innumerable fundraisers where he collected innumerable awards.

Then COVID-19 struck; he was furloughed after 15 successful years. Undaunted, he hit the road with Saté, covering the seven cities with five-star cuisine. More than half the time he’s docked at Newport News Shipyard where workers voted him number one food vendor. 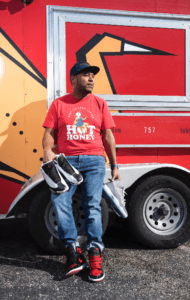 Whether shrimp and grits for one or catering for hundreds, Fowlkes is fiercely determined to exceed expectations. Take those mac and cheese egg rolls.

“A cook once asked me, ‘Why? They’re more work, and your mac and cheese is great on its own,’” he shares. “I said, ‘Anybody can serve mac and cheese, but how often have you had it in an egg roll? It takes it over the top.’”

Now that Saté has gained traction, Fowlkes is expanding operations with a storefront at Hampton Town Centre for takeout and DoorDash delivery. Someday, after pandemic uncertainties subside, there could be a full-service restaurant. “I’d like it to have live music,” he muses. “Maybe one night, I’ll pay the band to let me play trumpet.” Maybe in Air Jordans. 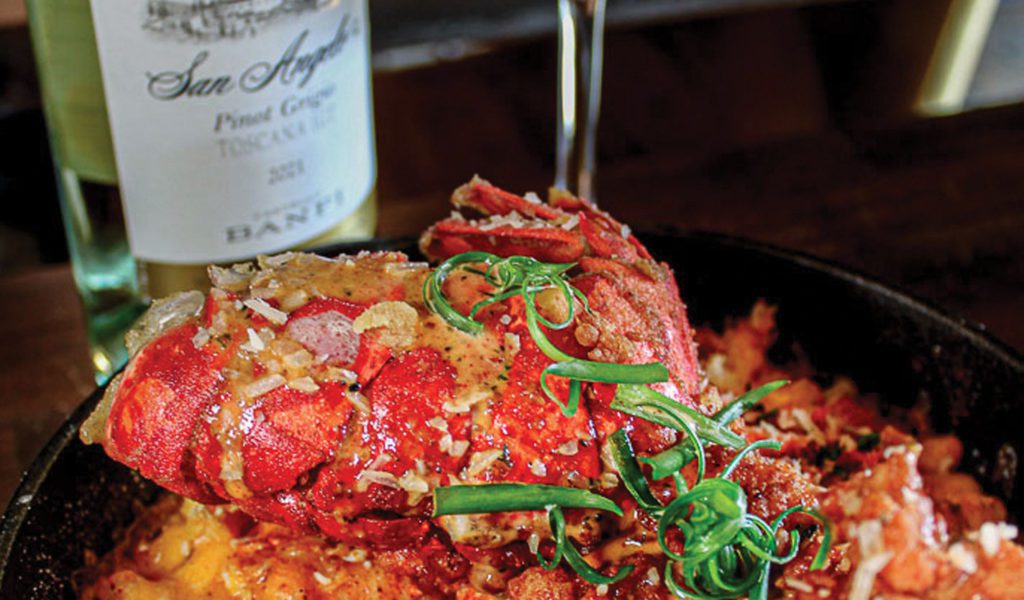 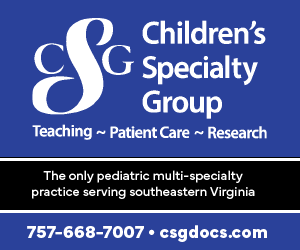