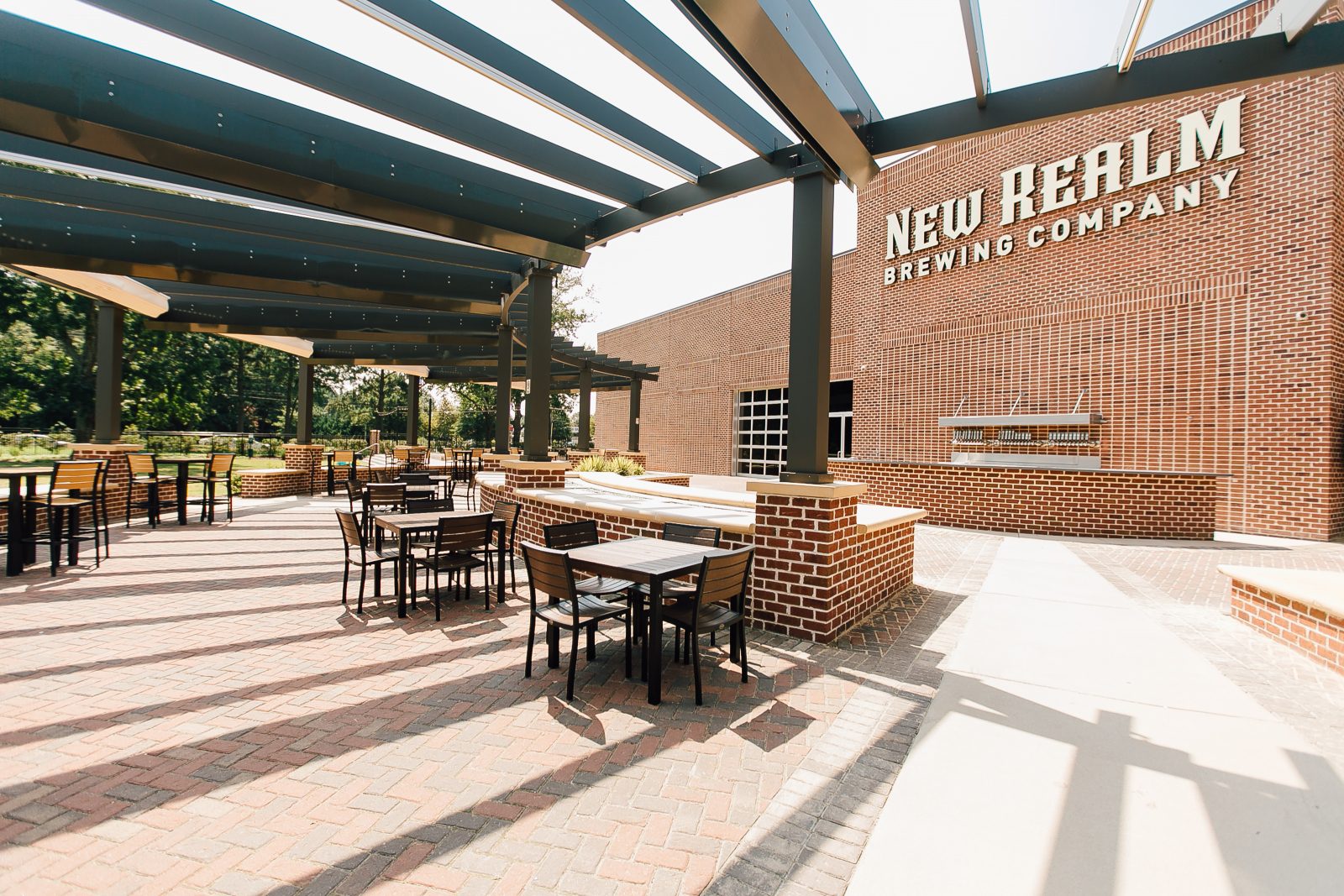 The 3-month-old New Realm Brewing has been operating full steam ahead since settling into the former Green Flash facility earlier this year. The craft brewery has proved itself as a powerhouse addition to Virginia Beach’s beer climate by crafting region-specific brews, organizing large scale community events and now, preparing for the arrival of New Realm’s full-service restaurant and bar.

Co-founder Carey Falcone says the restaurant is slated to open in spring 2019, along with a reimagined private event space. “We will take the same approach with our food that we do with our beer. It’s all about being creative and mixing fresh with local, then putting an artisanal spin on everything we do that ultimately makes it a part of the New Realm experience,” explains Falcone. “Our chefs draw inspiration from Brewmaster Mitch Steele’s craft beers as well as the area’s local farms to create an approachable menu rooted in tradition.”

The restaurant will certainly elevate New Realm’s already esteemed reputation while also making it one of the region’s few breweries that will offer both recreation and event spaces, a full service bar and gourmet kitchen.

“We could not be more appreciative of the reception that we’ve received. We feel extremely lucky to be a part of the Hampton Roads community,” says Falcone. “Other Virginia craft breweries, retailers and our new fans have been exceptionally welcoming, so we hope that they are patient as we ramp up production and brew new styles of beer that will be introduced in our taproom and distributed to local retailers in the Hampton Roads area.”

While menu and design specifics remain under wraps, New Realm visitors can wait out the construction by imbibing the brewery’s smattering of sours, ales, IPAs and limited monthly releases.

To better understand the scale of New Realm’s production, Head Brewer Evan Chamberlain took us on a behind-the-scenes tour of the space’s monstrous brewing system. Having previously served as the head brewer at Green Flash, Chamberlain is well versed in the facility’s operations. He explains that the brewing plant was purposefully designed to accommodate a U-shaped production facility, which eliminates waste and increases productivity. 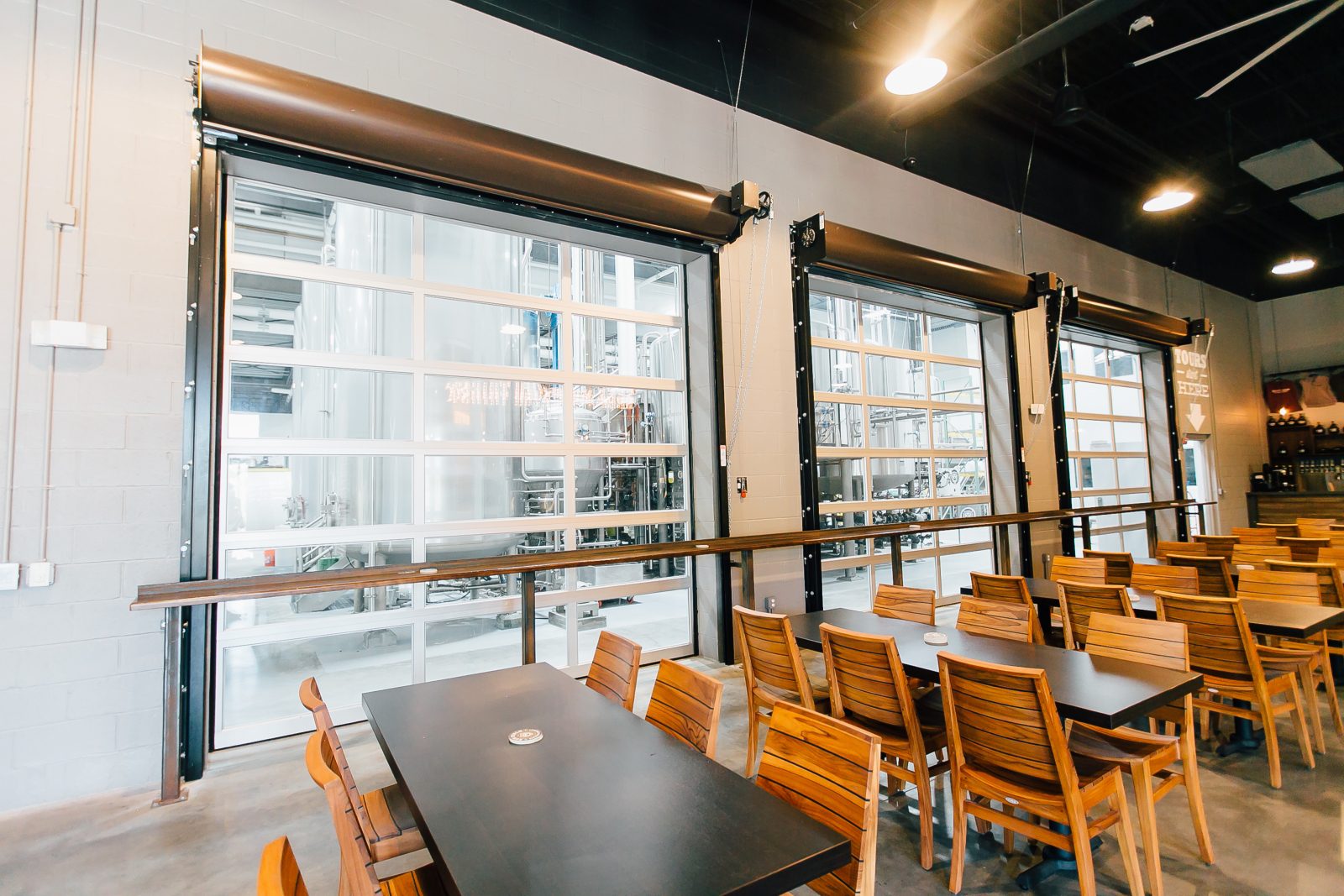 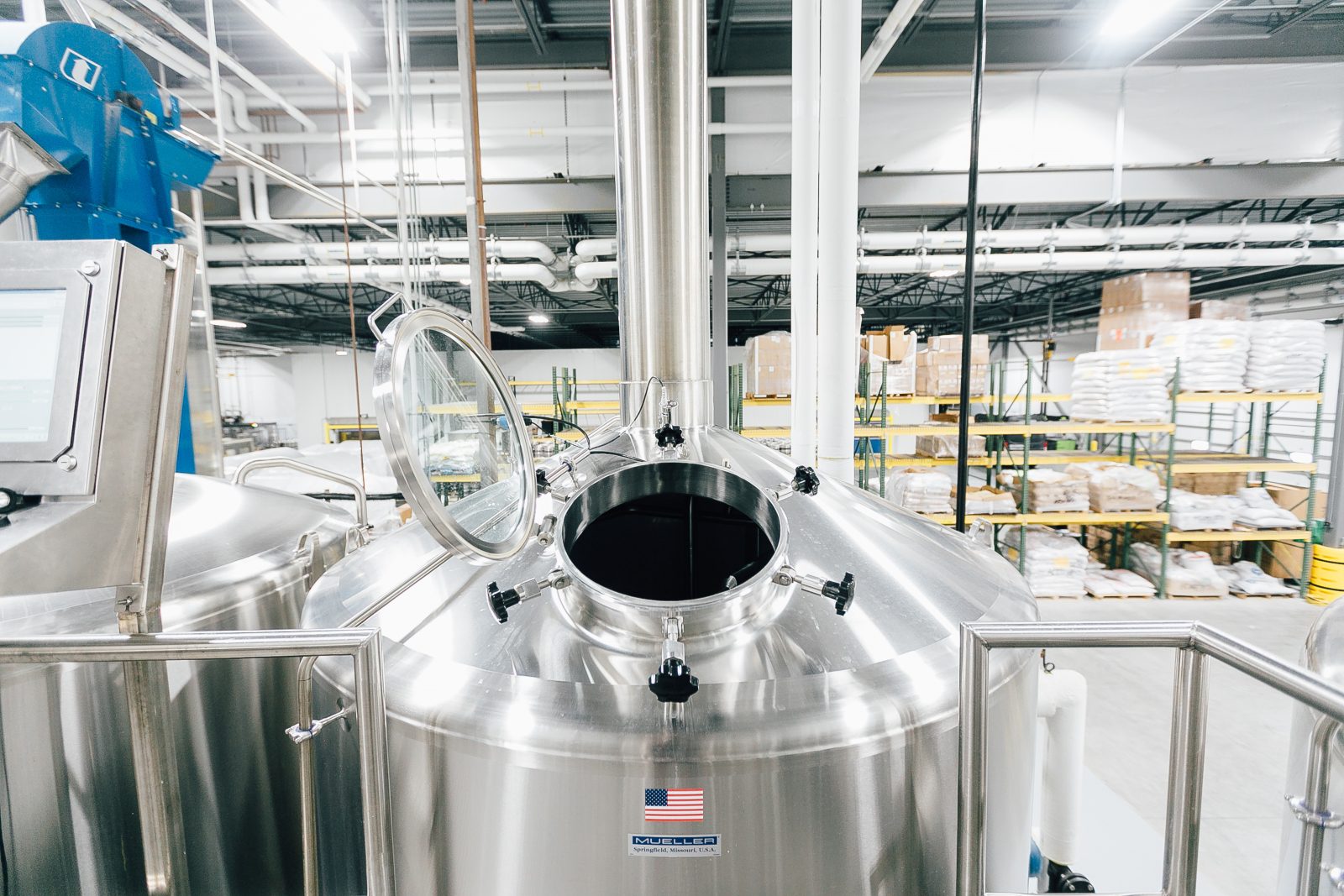 He introduced us to the first phase of brewing, which involves transporting malts from the exterior green silos into the in-house hopper for milling. The byproduct is then carried over to the brewhouse’s five-vessel system where Chamberlain and his fellow brewers add hops and separate the sugar wort from the spent grain. From there, New Realm brewers work their magic as they monitor the exact timing and temperatures of beers in the facility’s multi-barrel kegs.

Also mixed into the brewing system is a beer lab where New Realm created its first line of Virginia-only brews which include a Baltic porter, fruity blueberry beach Berliner and velvety oatmeal stout. 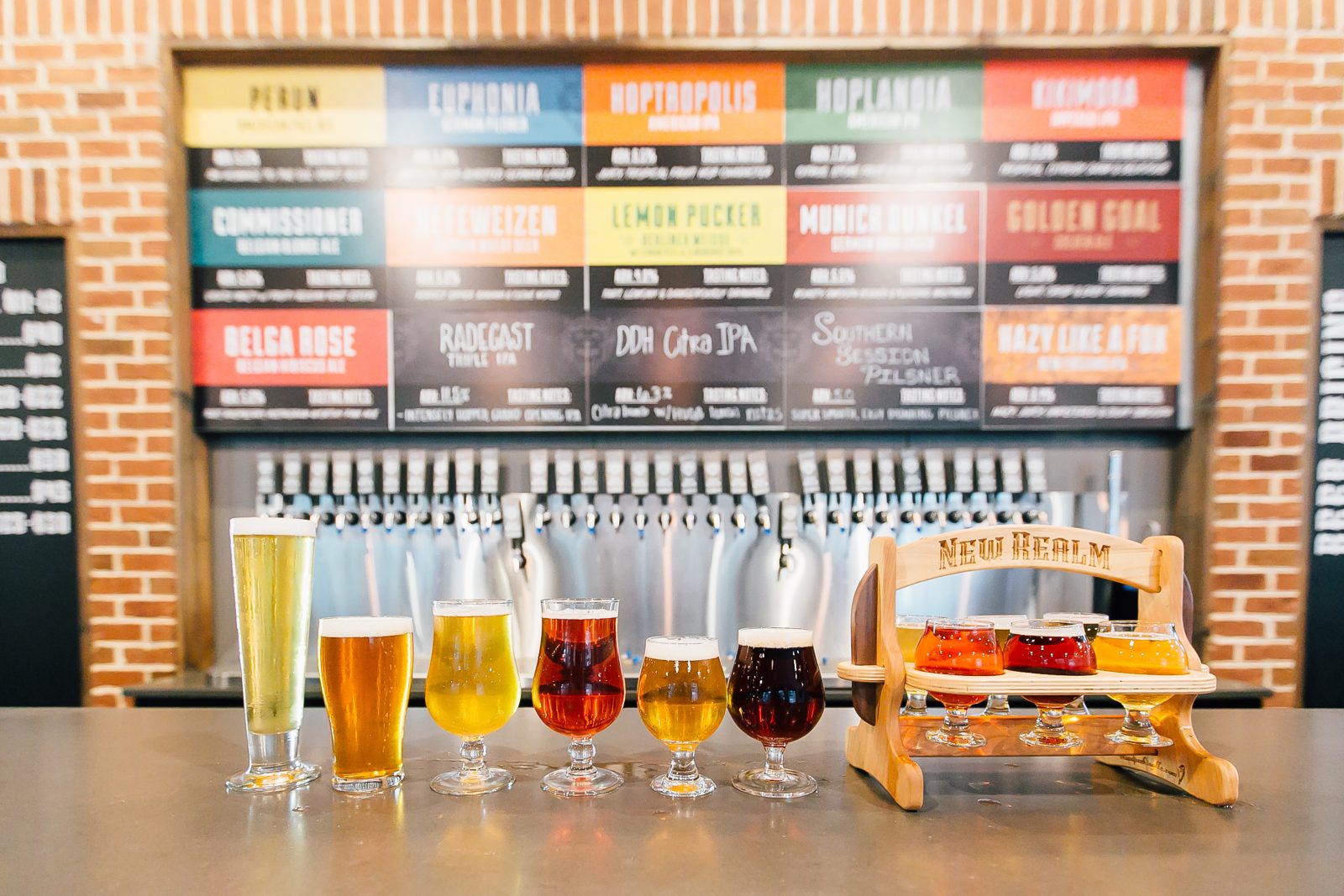 These state-exclusive brews make their rounds on New Realm’s 70-plus taps found throughout the dueling interior bars and exterior pouring station. They, along with other New Realm favorites like Hoplandia, Euphonia and the seasonal Belga Rose, can be enjoyed while playing cornhole on the lawn, throwing bocci or simply relaxing by the firepits.

New Realm recently wrapped up its inaugural Oktoberfest and Veterans Day celebration, so be sure to visit NewRealmBrewing.com to stay up-to-date on future holiday happenings. New Realm Brewing is located at 1209 Craft Lane, Virginia Beach and is open seven days a week during select hours.