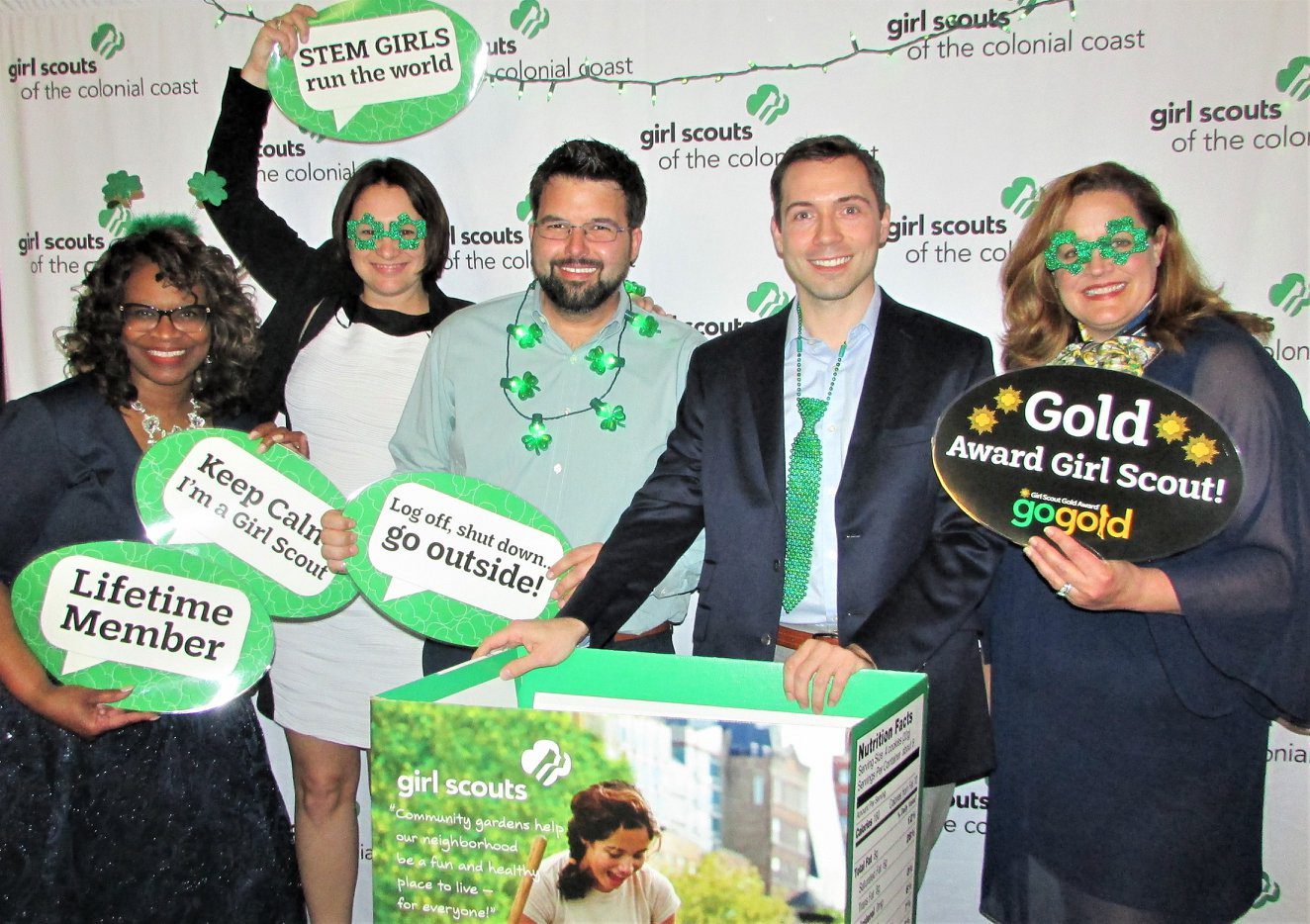 Chefs were challenged to prepare sweet and savory dishes using the beloved Girl Scouts Cookie as a primary ingredient. From frozen yogurt and the classic brownie to seafood starters and a Thai veggie bite, chefs skillfully incorporated the unique flavors of Thin Mints, Savannah Smiles, Do-si-dos, Samoas and more into their handcrafted cuisines.

In addition to the cookie cook-off, the Samoa Soiree also hosted a live band, wine pull and silent auction. 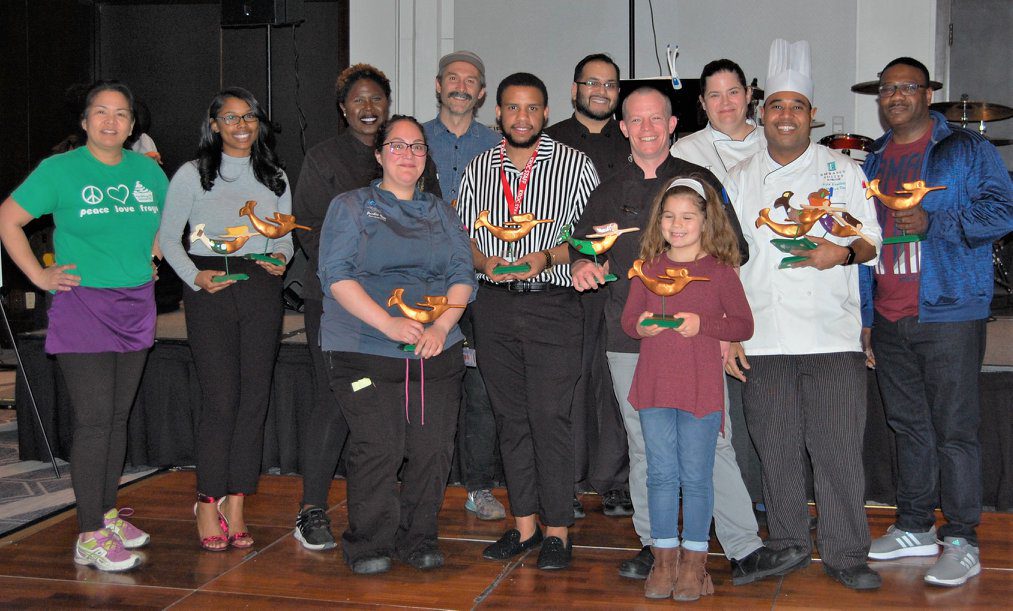 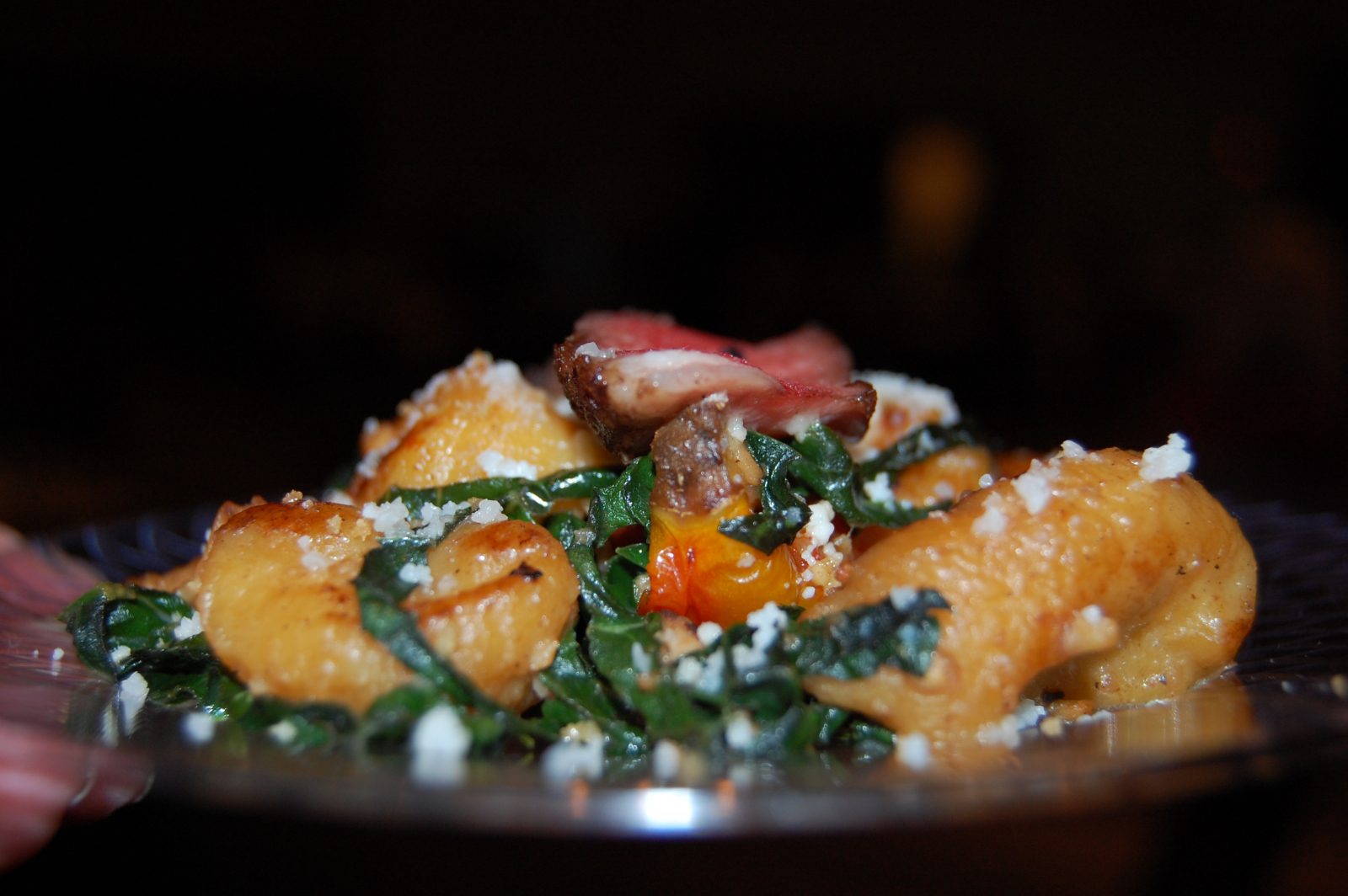 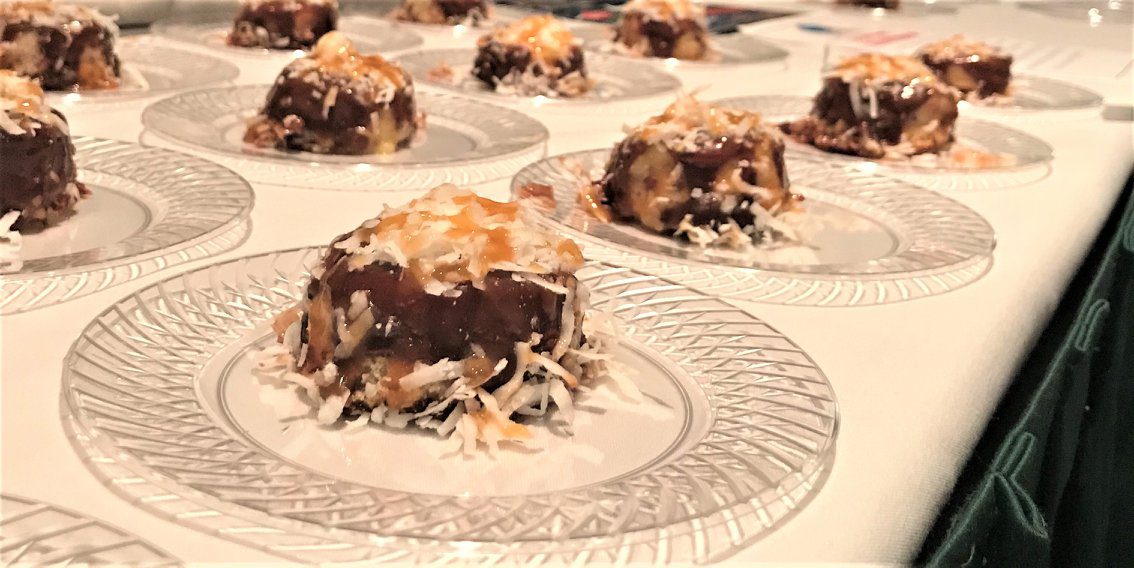 Recipe adapted from The Dirty Buffalo

In a mixer, beat together egg yolks and buttermilk until well combined.

In a separate bowl, beat egg whites until stiff peaks arise and gently fold into the Samoa mixture. Divide mixture evenly among ramekins.

Set ramekins in a roasting tray filled halfway with water and bake for 42 minutes, or until golden-brown.

Cool slightly and invert onto a plate.

In a saucepan, bring heavy cream and light corn syrup to a simmer over medium heat.

Remove from heat and add chocolate, whisking together until smooth. Let stand for about 5 minutes until mixture has thickened slightly; whisk occasionally.

Ladle chocolate sauce onto center of cake allowing excess to drip decoratively down the sides.

Garnish with shredded coconut and chill for 1 hour.

In a large saucepan, bring sugar, water and light corn syrup to a boil over medium-high heat. Without stirring, cook for about 6 to 8 minutes, or until mixture is straw-colored.

Reduce to low heat and continue cooking for another 2 to 5 minutes, swirling saucepan occasionally. Mixture should be amber-colored.

Quickly remove mixture from heat and carefully stir in heavy cream, vanilla and salt. Mixture will bubble and steam; stir until sauce is smooth.

Once caramel has cooled, drizzle over cakes and serve.