Nearly two years ago, James Williams weighed 367 pounds and struggled getting up the driveway of his home in Virginia Beach. Realizing that his weight might lead to the resignation from his dream job as an emergency department technician, Williams knew he had to make a change. Today, Williams has lost a whopping 167 pounds through a nonprofit weight-loss support group called TOPS, Take Pounds Off Sensibly.

TOPS focuses on community support and education and has 120 active chapters in Virginia. The nonprofit does not sell or endorse any food products and does not require or forbid foods. Williams happened to come across TOPS while at the hospital one day and decided to give it a try. Williams was encouraged to attend the program’s weekly meetings and private weigh-ins to track his progress. Within nine months of his matriculation into the program, Williams lost 113.8 pounds and later received the titles of TOPS International Division Winner and the 2016 Virginia King. Only four of 2,000 TOPS members in the United States and Canada were selected as division winners, meaning they lost the most significant amount of weight in comparison to other members. He was crowned the 2016 Virginia King for having shed the most pounds from his starting weight than any other male member in the state.

Williams admits that his struggle with unwanted weight gain began in his early childhood and continued relentlessly into adulthood. The devastation he faced after his discharge from the Air Force for his inability to maintain a healthy weight sent his food addiction into a downward spiral. “I just continued to gain weight gradually over the next 30 years,” Williams says. “My car didn’t pass up a drive-thru and I spent a lot of time sitting in front of the TV.”

Since completing TOPS, Williams has become more aware of how he spends his time and which foods he uses to fuel his body. While the recent return of his dietary liberty is something to celebrate, he must work hard to make healthy choices. “I have to decide what to eat, what not to eat and how much to eat. This struggle will continue for the rest of my life, but I look forward to living a longer, healthier life,” admits Williams. 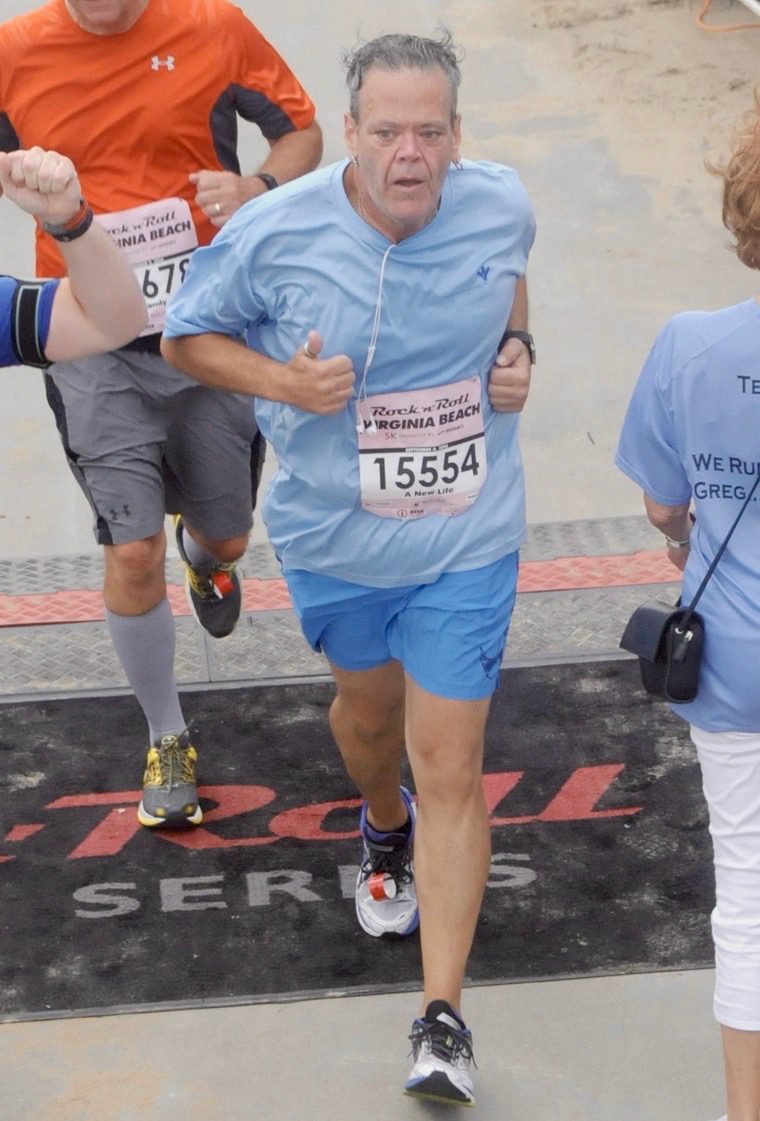 As Williams loses pounds, he gains confidence. “I love my life and I love my body,” Williams says. “I now have [the] confidence to go out and try new things and meet to people, the latter being my favorite thing.” Williams has also adopted a passion for running. In 2016, he ran in Virginia Beach’s annual Rock ‘n’ Roll Marathon Series where he crossed his first 5K finish line. “At that moment, I felt as though I could accomplish anything!” Williams exclaims.

Williams shares his story with the hopes of inspiring anyone who is struggling with their weight to take the first steps in leading a happier and healthier life. His successful weight loss journey not only proves that weight loss is possible, but that there are members in the Virginia Beach community that want to work with you, support you and witness your achievement of your weight loss goals.