On Labor Day weekend, the highly anticipated Rock ‘n’ Roll Marathon Series returned to Virginia Beach for its 18th year, but this time, with a new sponsor. The nationally renowned insurance company, Humana, took over the Virginia Beach run for the first time since 2015. Piggybacking the sponsorship was international running icon and Marathon Woman, Kathrine Switzer.

Rock ‘n’ Roll supporters kicked off the race weekend with a Health & Fitness Expo Friday evening at the Virginia Beach Convention Center. The expo, hosted by Humana, introduced the public to an array of advancements made in the running industry from health and nutrition to apparel and technologies. Attendees had the opportunity to test treadmills, understand their body mass index and help raise money for the Foodbank of Southeastern Virginia and the Eastern Shore by competing in Humana’s Collaborace. The exercise initiative donated $20 to the Foodbank for every mile walked or ran. After 145 participants completed nearly 87 miles, Humana agreed to donate a total of $2,500.

Upwards of 2,000 runners from Virginia Beach and other U.S. cities arrived to the boardwalk Saturday morning for the Rock ‘n’ Roll 5K and Mile on the Sand. After the race, runners attended yet another expo featuring a special meet-and-greet with Kathrine Switzer. 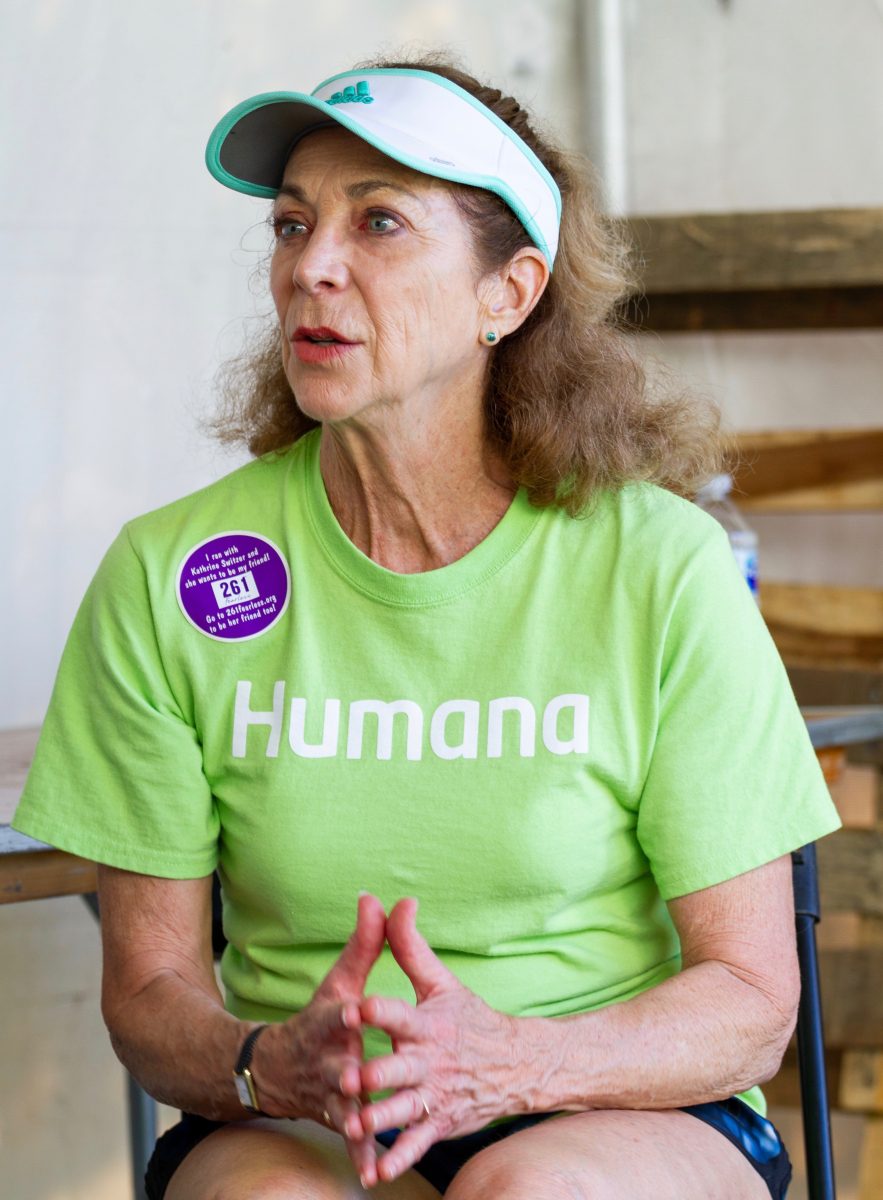 Switzer became the first woman to officially run the Boston Marathon in 1967. During the marathon, Switzer was attacked by a race official and was berated by bystanders for daring to compete as a woman. Her story has since inspired women around the globe and prompted the creation of Switzer’s nonprofit, 261 Fearless. Switzer’s platform stands to instill women with optimism and confidence through running and to encourage older women that they too can be active and healthy.

Switzer’s arrival in Virginia Beach marked her fifth Rock ‘n’ Roll appearance with Humana. The partnership between the legendary runner and Humana was sparked when Switzer returned to Boston in 2017 to complete the marathon in honor of her first race appearance 50 years earlier.

Switzer explains that she and Humana are both firm believers in active aging. She argues that life is not solely about living long, but living well and that exercise, particularly running, allows you to take charge of your body and health. 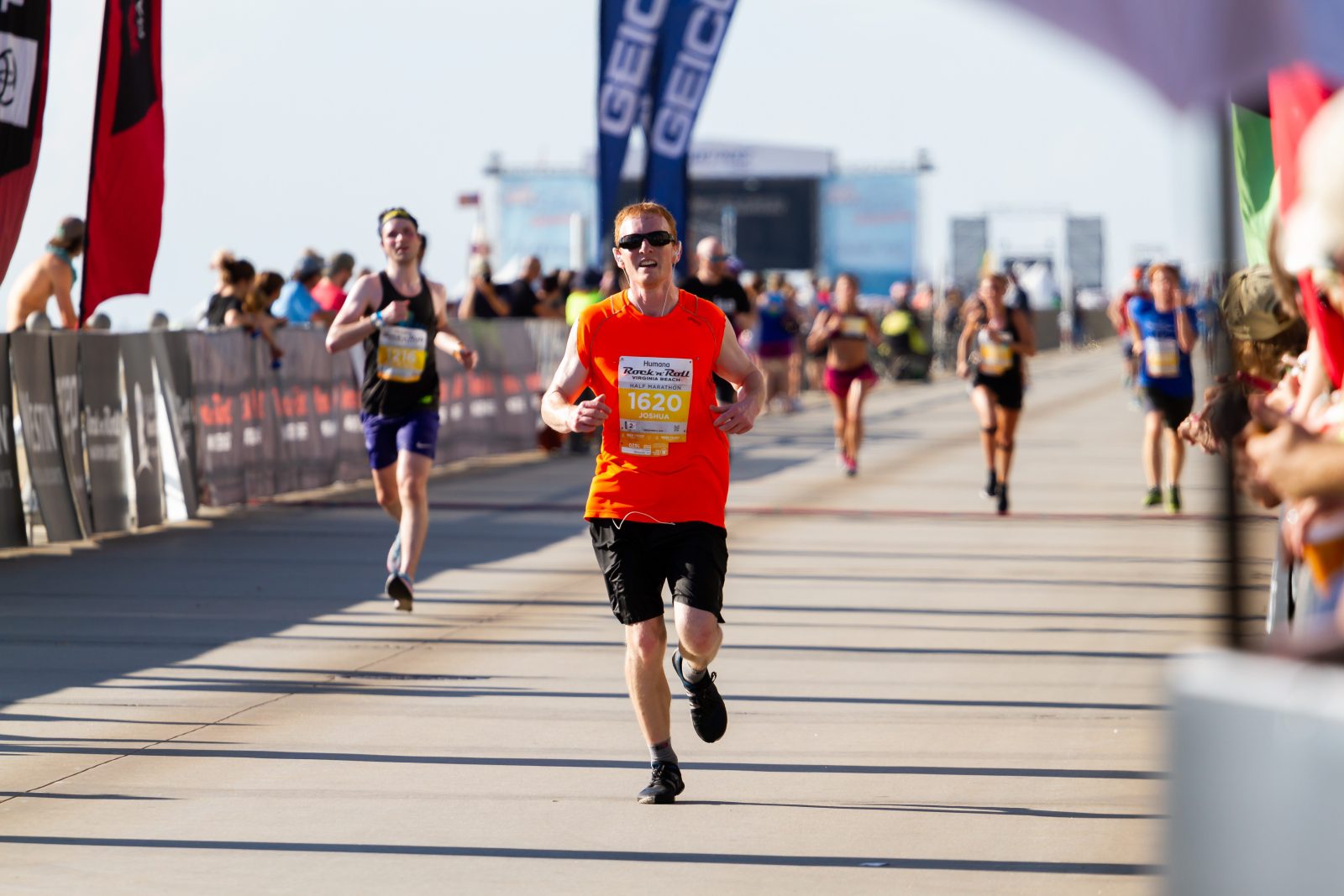 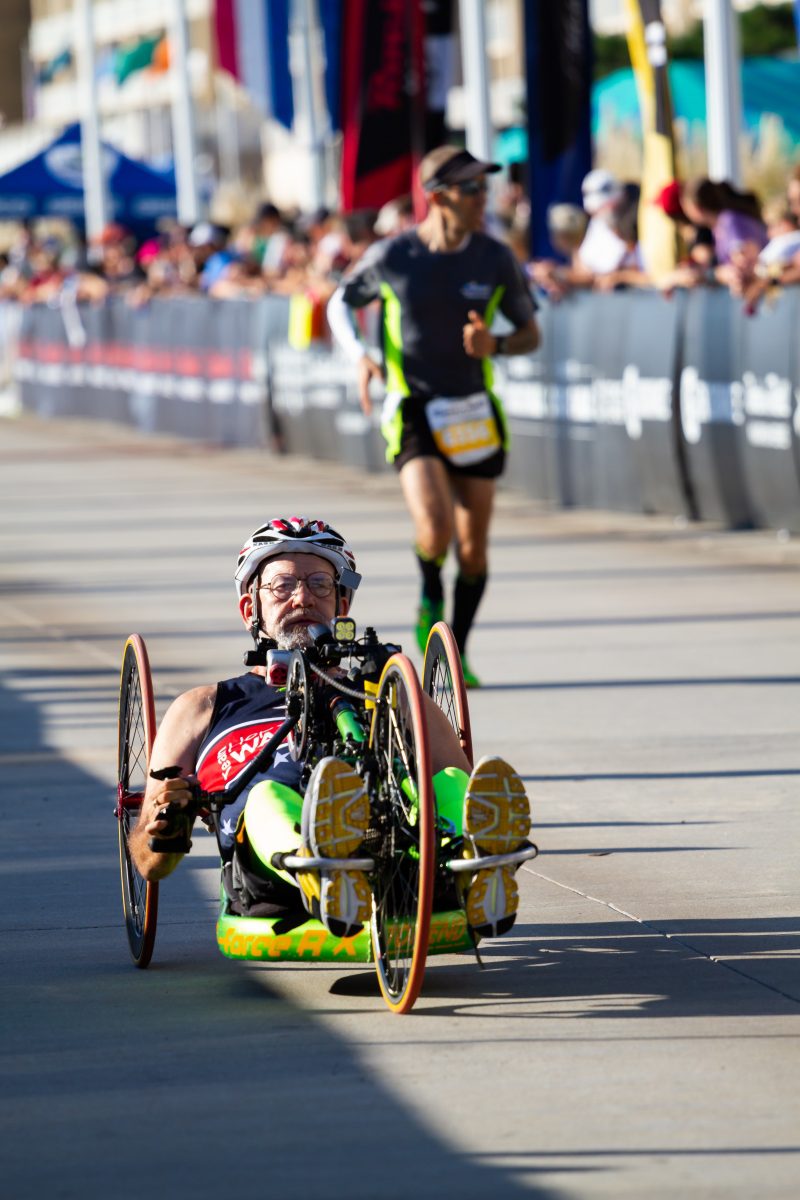 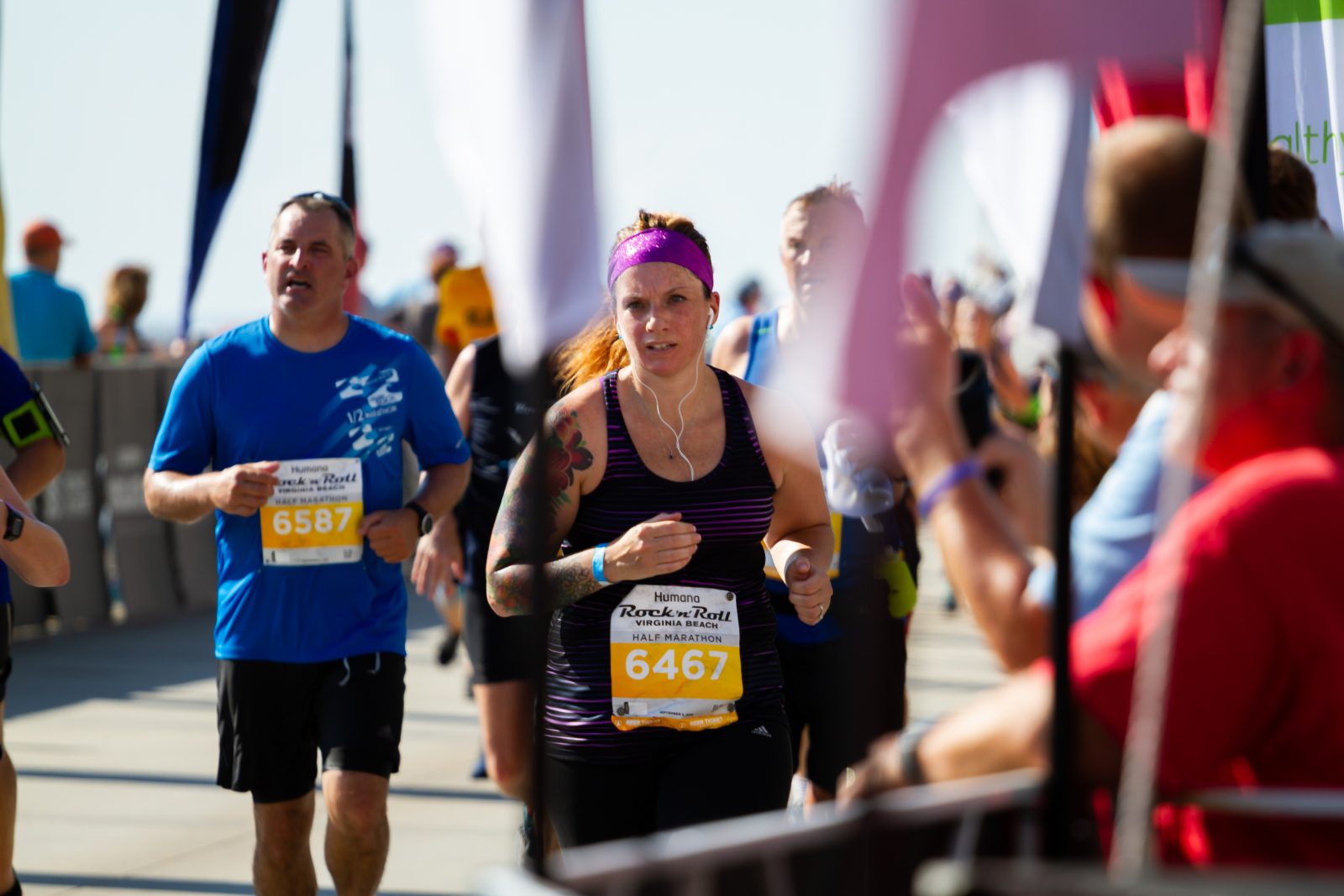 The fitness culture and health mentality of Virginia Beach residents are ultimately what inspired Humana to return to the coast as a Rock ‘n’ Roll sponsor. Humana’s Regional Vice President of Health Services, Diego Martinez, celebrates the Virginia Beach race for its fun and inviting energy.

While standing along the finish line of Sunday’s half-marathon, Martinez further explained that runners in the Virginia Beach series embrace Humana’s social and health-centered culture more so than any other Rock ‘n’ Roll destination. He notes that Coastal Virginia runners are not all about winning, but about savoring their running experience with friends and family and crossing the finish line with smiles on their faces.