On Dec. 7, 14 of Israel and Virginia’s most talented tattoo artists descended near the Virginia Beach Oceanfront to heal 29 victims and first responders of the mass shooting at Building 2. The three-year-old event series, Healing Ink, aims to repair survivors of terrorism and violence through the art of tattooing.

Healing Ink was founded in Israel by a group of international artists and has since brought peace to survivors around the world. “You can see how this work transcends differences,” says Founder and President of Healing Ink Craig Dershowitz. “The survivors of the Virginia Beach massacre carry the pain of that day written upon their bodies and their minds. These artists are going to help them write a new story of their own choosing.”

Dershowitz explains that prior to last weekend’s tattooing sessions at the VBPD’s Law Enforcement Training Academy and Virginia MOCA, each of the Virginia Beach victims were matched with one of the 14 visiting tattooists to discuss and design their pieces. The pairs worked anywhere from two to three weeks to finalize their selected tattoos and placements. All time and talents were donated to the victims by visiting artists. 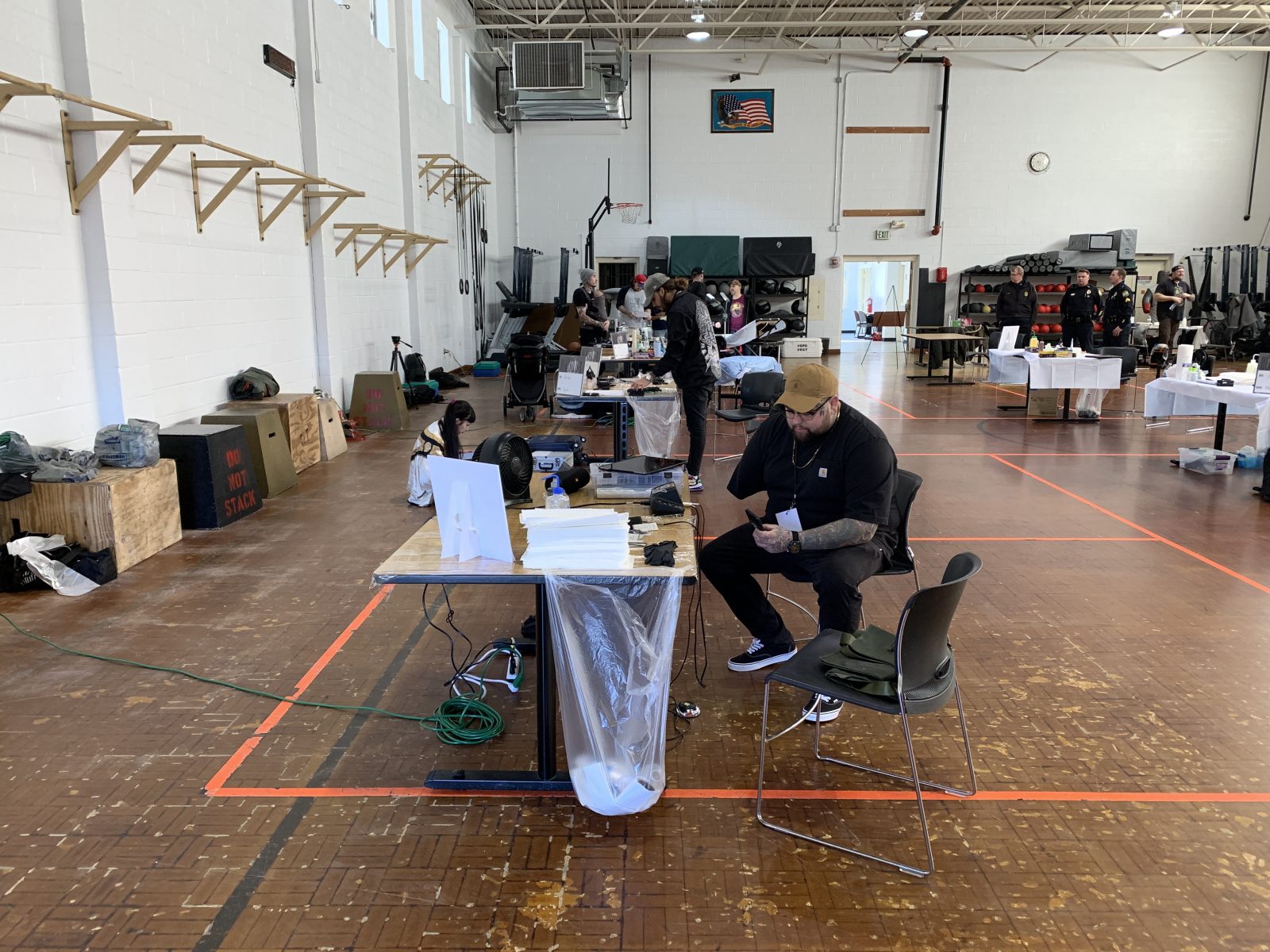 The artists set up shop early Saturday morning to prepare for the arrival of recipients. Among the makeshift tattoo shop at the LETA were over a dozen outlines of soon-to-be inked drawings of turtles, shields and heavily shaded images. Other tattoos selected by survivors include dragonflies, an hour glass, flowers and quotes from those lost in the massacre.

Not all survivors received tattoos to cover scars, however. Some utilized the art’s healing power to bring peace to their emotional scars, battles with acute PTSD and other mental traumas. Survivors shared the following scenes from May’s senseless attack:

“I heard a loud noise from my office that sounded like something large falling over,” remembers Melanie Coffey. “I went to investigate and as I walked around the corner, I was shot in the face with a .45 caliber handgun. I’ve had four surgeries to restore my face and jaw so far with another two planned.”

“I completed 11 death certificate notices that night,” says responder Jim Thornton. “Afterward, I led the chaplains in the city-wide counseling services. May 31 was the worst day I have ever experienced.”

“I heard the gunshots that killed my co-worker. I knew eight of the 12 victims. I locked myself in an office, but the shooter looked right at me through the glass wall. Then he moved on. When the officers rescued me, I had to go down the stairwell and stepped over one of my dead colleagues,” recalls Tammy Corey.