The Virginia Beach SPCA hosted its first ever Dancing for Paws dance competition in June, with over 20 stunning dance routines by local performers gracing the stage of Norfolk’s Chrysler Hall. Rather than using handcrafted props or choreographing routines with backup dancers, performers opted to showcase their talents with a more playful bunch—shelter animals from the Virginia Beach SPCA.

Nearly two dozen adoptable dogs, cats and bunnies showed off their dance moves during the competition and even mingled with audience members during intermission.

For each routine, dance contestants were paired with one local professional dance instructor and an animal without a home. Barbara Ciara, news anchor for WTKR News 3, was the evening’s Mistress of Ceremonies. Todd Corillo, also from WTKR News 3, was one of the local celebrity participants.

VB SPCA Vice President and CFO Lacy Kuller remarked, “It was incredible to watch the hard work and dedication put in by the dance participants during the three months leading up to the event. Every single one of them put on an amazing performance—all to help shelter animals!”

“One of my favorite parts was watching the adoptable animals parade across the stage at Chrysler Hall with the dance contestants in their beautiful costumes. It was a great way to showcase the shelter animals that these dance participants worked so hard to help,” said Kuller. 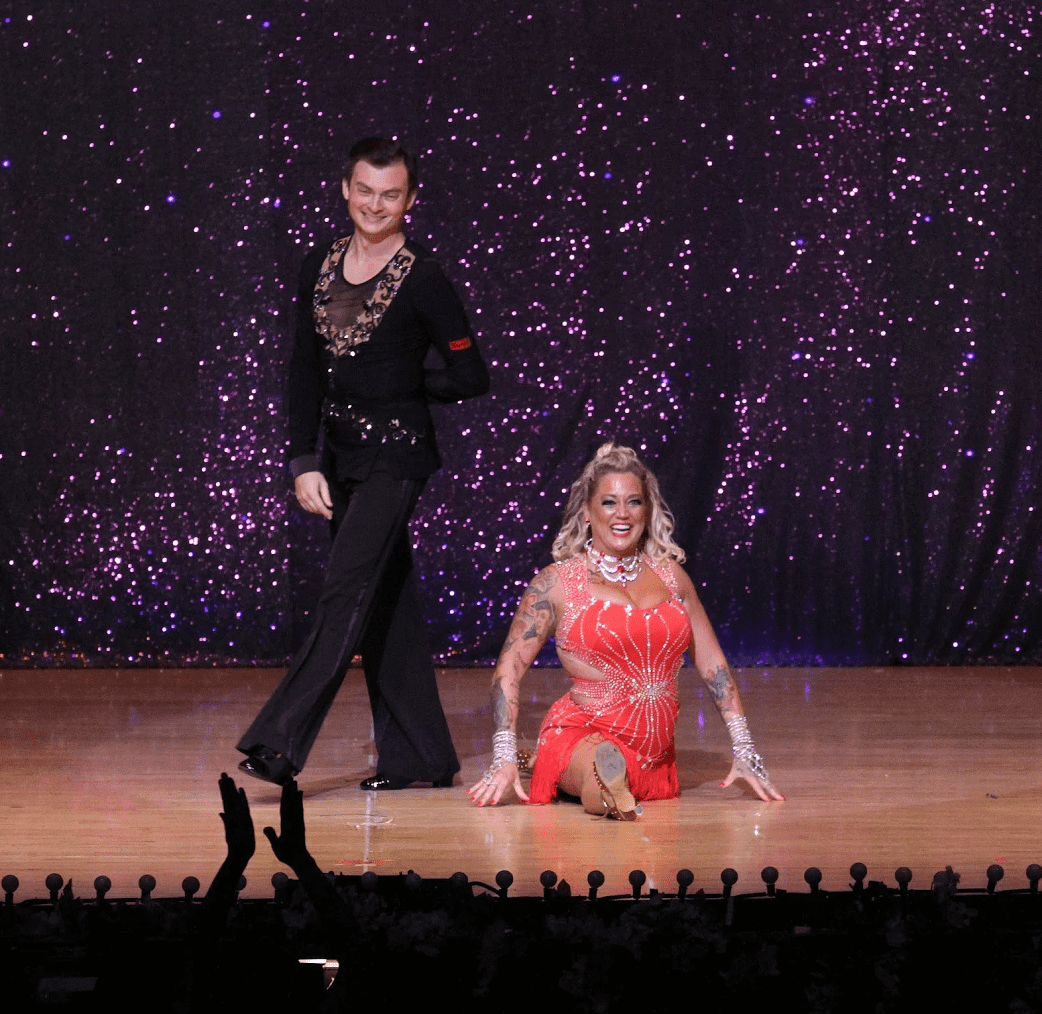 The "Dancing with the Stars"-inspired event raised nearly $55,000 for the VB SPCA and their efforts to provide general care for all shelter animals as well as any of the animals’ necessary medical needs. Funds were raised by ticket sales, performance registration fees, event sponsorships and donations made as a form of voting for the event’s People’s Choice Award competition.

For more information on Dancing for Paws and the Virginia Beach SPCA, please visit here.